Senate adjourns until next week; no border deal 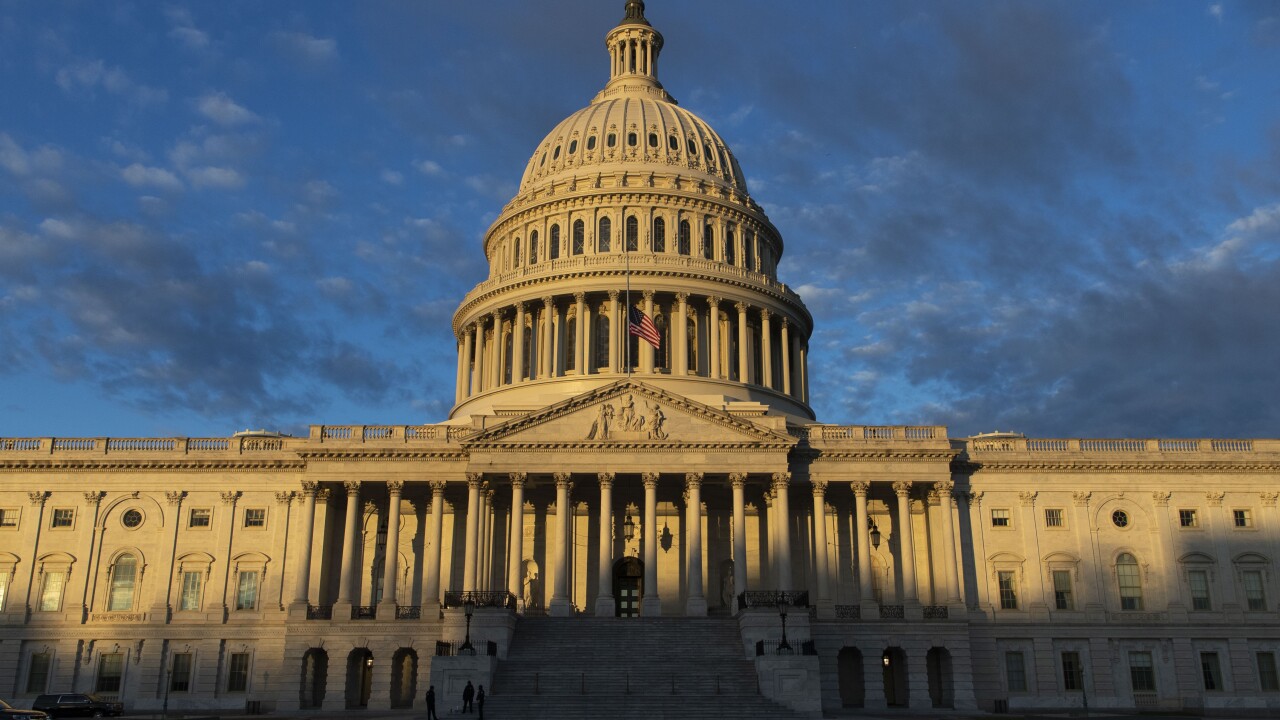 WASHINGTON — The Latest on the government shutdown:

The Senate has adjourned without a deal to end a partial government shutdown as talks drag on over President Donald Trump's border wall with Mexico.

But there's no resolution to the impasse, and the Senate isn't scheduled to meet again until Monday — Christmas Eve — for a pro forma session. The next full session of the Senate is now scheduled for this coming Thursday.

The partial shutdown started early Saturday amid a standoff over Trump's request for $5 billion for the wall. Democrats have refused, and are offering to keep funding at existing levels, $1.3 billion, for border security, but not the wall

Schumer's office says he's talking with Pence at the request of the White House.

Schumer intends to tell Pence that any proposal that includes money for President Donald Trump's border wall cannot gain the 60 votes necessary to pass the Senate. Schumer earlier Saturday said money for wall the will "never pass the Senate, not today, not next week, not next year."

Trump also had a lunch meeting with lawmakers, including some House conservatives who have adamantly backed billions of dollars for the wall. All the lawmakers at the White House event were Republicans.

One-quarter of the federal government has shut down, beginning Saturday.

Senators from both parties are claiming that the American people are on their side when it comes to spending taxpayer money on a border wall.

Senate Majority Leader Mitch McConnell says that by voting to advance legislation with $5 billion for the wall, Republicans "are proud to stand with the American people on this subject."

The top Democrat in the Senate, Chuck Schumer, says President Donald Trump is demanding billions for "an expensive, ineffective wall that the majority of Americans don't support."

A recent Quinnipiac University poll finds that 43 percent of registered voters support building the wall and 54 percent oppose it.

But it's also clear that Republicans are responding to sentiment within their party, as 86 percent of Republicans in the survey support building the wall.

President Donald Trump and Republican lawmakers are discussing border security at a White House lunch amid the partial government shutdown.

All are allies of Trump. Some have been urging the president to stand firm in demand for $5.7 billion to build a wall on the U.S.-Mexico border.

Trump blames Democrats for the stalemate over wall funding that led to the shutdown that began early Saturday.

The Senate's top Democrat says the partial government shutdown could end immediately if President Donald Trump abandons his demand for money for a border wall with Mexico.

Sen. Chuck Schumer of New York spoke almost directly to Trump from the Senate floor, saying, "If you want to open the government, you must abandon the wall."

Democrats are refusing to accept Trump's $5 billion demand for wall funds. They're offering to keep spending at existing levels of $1.3 billion for border fencing and other security.

Schumer says Democrats are open to any proposals that don't include the wall. He blames the shutdown on Trump's "temper tantrum" after the president refused to sign an earlier bipartisan bill to keep government running.

Congress is in a rare Saturday session amid the standoff as talks continue.

Senate Majority Leader Mitch McConnell says it's up to President Donald Trump and Democrats to reach a deal to end the partial government shutdown.

The impasse is over Trump's demand for billions of dollars in money for a wall along the U.S.-Mexico border.

As the Senate returned to work Saturday, McConnell said he hoped an agreement could be reached "sooner rather than later."

He says any deal to re-open government would need Democratic support for passage and Trump's signature to be signed into law.

Talks are continuing, but there's no clear path forward.

Trump wants $5.7 billion for the border wall with Mexico. Democrats are only willing to keep funding at existing levels, $1.3 billion, for border fencing and security, but not the wall.

The House and Senate are gaveling back in for a rare weekend session amid a partial government shutdown over President Donald Trump's demand for billions of dollars for a border wall.

Talks continue between congressional leaders and the White House, according to a Senate Democratic aide. But no votes are scheduled Saturday.

Lawmakers are being told they'll have 24 hours to return to Washington to act on any proposals.

Trump has given shifting views on the shutdown. Both parties say the president must sign off on any agreement before votes.

Negotiations are expected to continue in Washington to try to end the partial government shutdown, and the House and Senate have scheduled rare Saturday sessions.

White House budget chief Mick Mulvaney sent agency heads a memorandum telling them to "execute plans for an orderly shutdown." He says Trump administration officials are hopeful the shutdown "will be of short duration."

Congressional Democrats are refusing to give in to President Donald Trump's demands for $5 billion to start building the U.S.-Mexico border wall he's long promised.

The gridlock blocks money for nine of 15 Cabinet-level departments and dozens of agencies, including the departments of Homeland Security, Transportation, Interior, Agriculture, State and Justice.

The lack of funds will disrupt many government operations and the routines of 800,000 federal employees.

Christmas-season gridlock has descended on the nation's capital just before the holiday, with a partial government shutdown over a dispute about money for a wall along the U.S.-Mexico border.

Congressional Democrats are refusing to accede to President Donald Trump's demands for $5 billion to start erecting his long-promised barrier. The stalemate comes as Republicans are in the waning days of their two-year reign controlling government.

Mulvaney sent agency heads a memorandum telling them to "execute plans for an orderly shutdown."

With negotiations expected to resume, the House and Senate scheduled rare Saturday sessions.