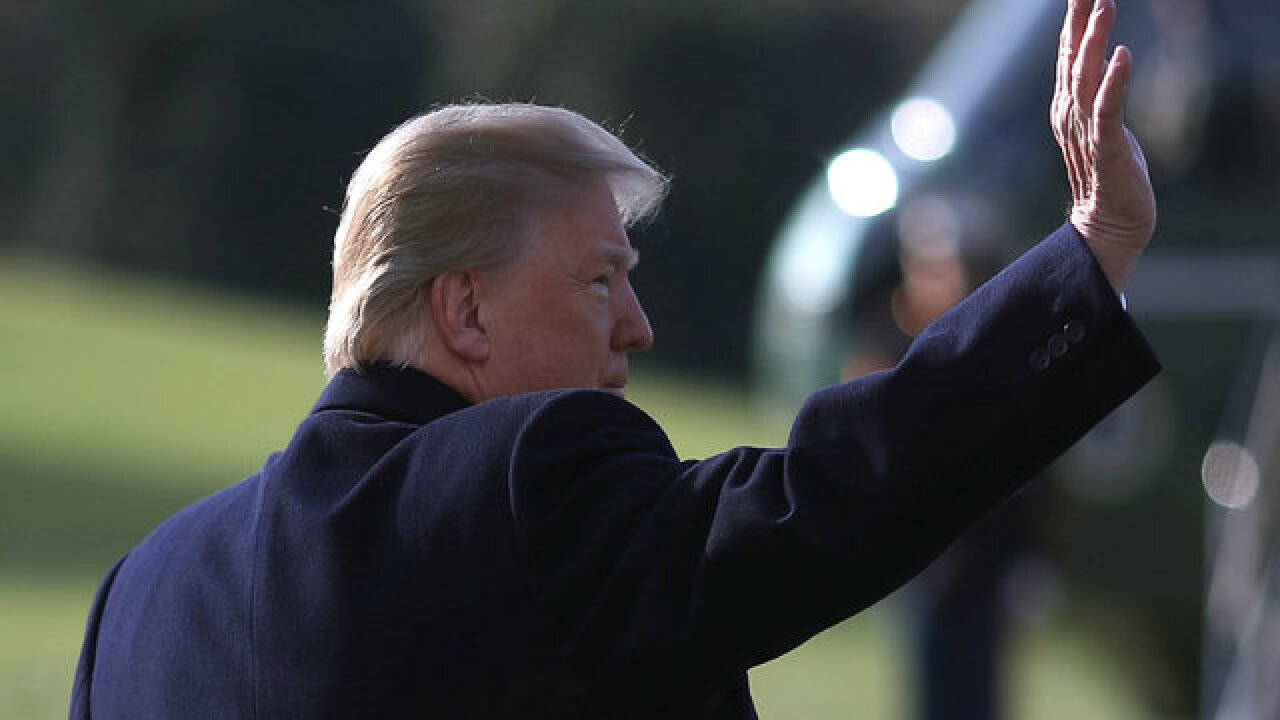 Copyright Getty Images
Mark Wilson
President Donald Trump departs from the White House after answering questions from the media about his firing of Secretary of State Rex Tillerson on March 13, 2018 in Washington, DC. President Trump is traveling to California to view prototypes of a controversial border wall.

There were protesters on both sides of the issue and response to the police presence.

Others got a rare glimpse of Air Force One.

A post shared by EncinitasIndivisible (@encinitasindivisible) on Mar 13, 2018 at 11:56am PDT

So this just flew by my house... #trump #sandiego #osprey