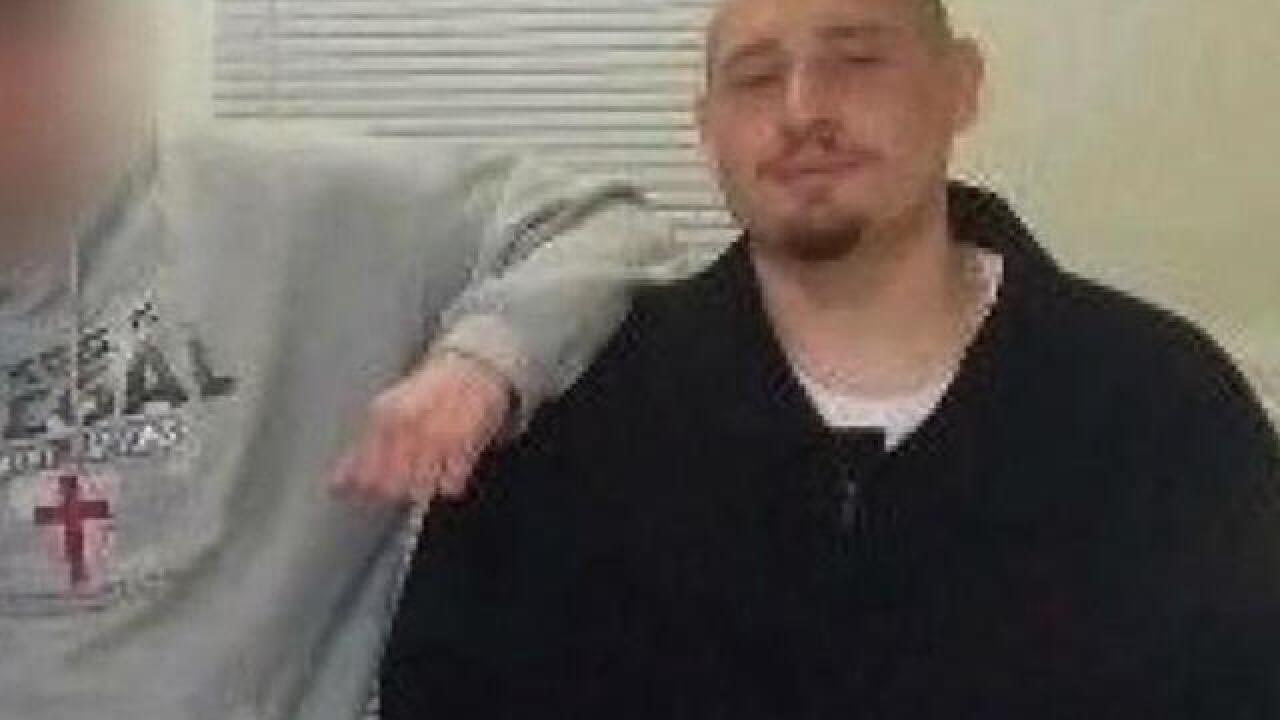 The 911 call was fake, authorities said, but the bullet was very real.

Investigators and prosecutors in Kansas and California, and with the federal government are trying to untangle the strands of a swatting case that ended with a police officer fatally shooting a 28-year-old father of two standing in his front door.

Swatting is usually done by computer hackers, gamers or people skilled in online and smartphone communications as a prank. They make a false report of a serious crime in progress, resulting in police making a major show of force on innocent, unsuspecting people.

The fatal swatting case started Thursday when a man called the 911 center in Wichita, Kansas, and said he'd shot his father and was holding his mother, sister and brother hostage inside a house, authorities said.

Police didn't know the call was a hoax, having originated 1,400 miles away in the Los Angeles area. They went to the house in Wichita at an address they were given, and that's where Andrew Thomas Finch was shot to death. Police said an officer shot Finch, who was not armed, after he moved his hands to his waistline.

Tyler Barriss, 25, was arrested Friday in Los Angeles in connection with the Wichita incident on a fugitive warrant by Wichita police, said Los Angeles Police Officer Mike Lopez. Authorities have not said why they took Barris into custody and what charges, if any, will be filed against Barriss, nor have they said what led to his arrest. They have not publicly identified him as the caller or said if others may be charged.

Authorities said he'd been convicted of phoning in multiple bomb threats to a Los Angeles television station in 2015. Sources have told CNN he was active in the gaming community. Efforts to determine whether Barriss has an attorney were not successful Saturday.

No federal swatting laws exist, but a number of federal charges could be filed, such as obstruction of justice, attempted obstruction and wire fraud. Wire fraud, Callan said, is "a catchall statute for these new crimes that haven't been anticipated."

State authorities could file a homicide charge, he said.

"It might be a reckless homicide because when you do something like this to set up a raid by a SWAT team on an innocent family, you're putting people's lives in danger," he said.

One problem in prosecuting swatting cases is that many are perpetrated by juveniles as a prank or joke, and it's difficult to prove they had an intent to cause harm.

In 2013, a 12-year-old boy made swatting calls to actor Ashton Kutcher's home, as well as musician Justin Bieber's residence. Because the suspect was a juvenile, his punishment is not known.

The 911 tape in the Wichita case reveals the caller describing a close-to-exploding situation, telling the 911 operator he fatally shot his father and was holding family members at gunpoint. He asks if police are coming to the house.

"I already poured gasoline all over the house, I might just set it on fire," the caller said.

"In a little bit I might," the caller said.

Callan said those words created a highly dangerous situation. Even if the caller didn't intend to create a violent confrontation, he should have known that was a real possibility, he said.

"I see no difference between doing that and dropping a brick off of the top of the a building into a crowded street," he said.

Kansas authorities probably would be the ones to file a homicide charge, he said, noting that a reckless homicide conviction in Kansas is punishable by up to 15 years in prison.

The fact that the call was made from California shouldn't be a problem, Callan said. When parts of a crime occur in separate states, either or both states have the right to file charges, he said.

Wichita police have not said what action might be taken against the police officer who shot and killed Finch. Wichita Deputy Police Chief Troy Livingston said Finch moved his hand toward his waistband.

"Our officers came here preparing for a hostage situation. Several got in position. A male came to the front door, and one of our officers discharged his weapon," Livingston said.

Callan said he doesn't think the officer will be charged if the evidence shows Finch "went for his waistband in a way that looked like he was going for a gun."

However, the killing shows the need for a new kind of training for police. "They have to be super careful that this is not a prank when they do a raid on a home," Callan said.

Swatting has been around since the early 2000s. Celebrities are often the victim.

A California state legislator who'd been swatted himself led a drive to make the anti-swatting law tougher.

As of January 2014, anybody convicted of falsely reporting an emergency could be ordered to spend a year in jail and reimburse the city departments up to $10,000 for responding to the scene.

Though there's no federal anti-swatting law, people have been prosecuted on related charges.

In 2015, Matthew Tollis of Wethersfield, Connecticut, was sentenced to a year in prison, three years of probation and ordered to perform community service after being convicted in connection with a series of swatting incidents, the US Justice Department reported.

The US attorney's office in New Haven, Connecticut, said Tollis took part in swatting calls to the University of Connecticut, the Boston Convention and Exhibition Center, Boston University, two high schools in New Jersey and a high school in Texas. He pleaded guilty to conspiring to engage in the malicious conveying of false information, namely a bomb threat hoax.

In July 2014, Jason Allen Neff of Omaha, Nebraska, was sentenced to five years in prison after pleading guilty to swatting-related charges, the US attorney's office in Dallas reported.

He was convicted on one count of aiding and abetting the conspiracy to use access devices to modify telecommunications instruments and to make unauthorized access to protected telecommunications computers and one count of obstruction by retaliating against a witness, victim or informant. Six other people involved in the swatting case were sentenced to prison sentences ranging from 30 to 60 months, authorities said.