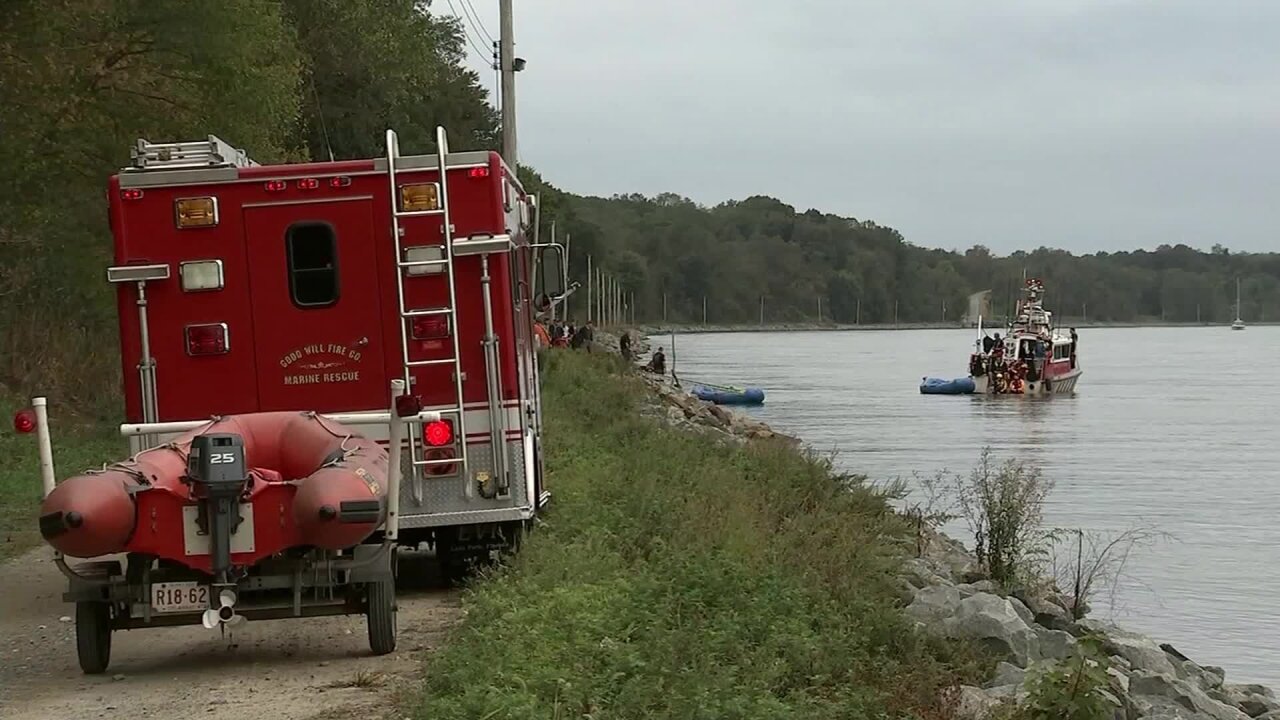 MIDDLETOWN, Del. – An 18-year-old died trying to save his family from a car submerged in water after it plunged off a gravel road and into a canal in Delaware Sunday morning.

The teen was driving his two younger brothers, his girlfriend, and a cousin to a youth football game around 9:41 a.m. ET on Sunday when their car went into the Chesapeake & Delaware Canal, according to CNN affiliate KYW.

First responders located a 16-year-old girl on the canal banks in Middletown about a mile west of the William Roth Bridge. She told them the 18-year-old helped her get to shore and then returned to the water to rescue the other three passengers, a news release from the Delaware State Police said.

His body was recovered from the water shortly after rescuers arrived, according to the release.

"He was a hero and tried to do everything he could to help the remaining passengers in that vehicle," Delaware State Police Master Corporal Michael Austin told KYW.

Police said the bodies of two other male passengers, ages 16 and 12, were found in the vehicle, a Chevy HHR, when it was removed from the water.

The body of a 6-year-old boy has not yet been recovered, the release said.

None of the victims have been identified by police and investigators have not yet determined what led to the crash.