The hottest ticket in sports? Think hockey, not basketball 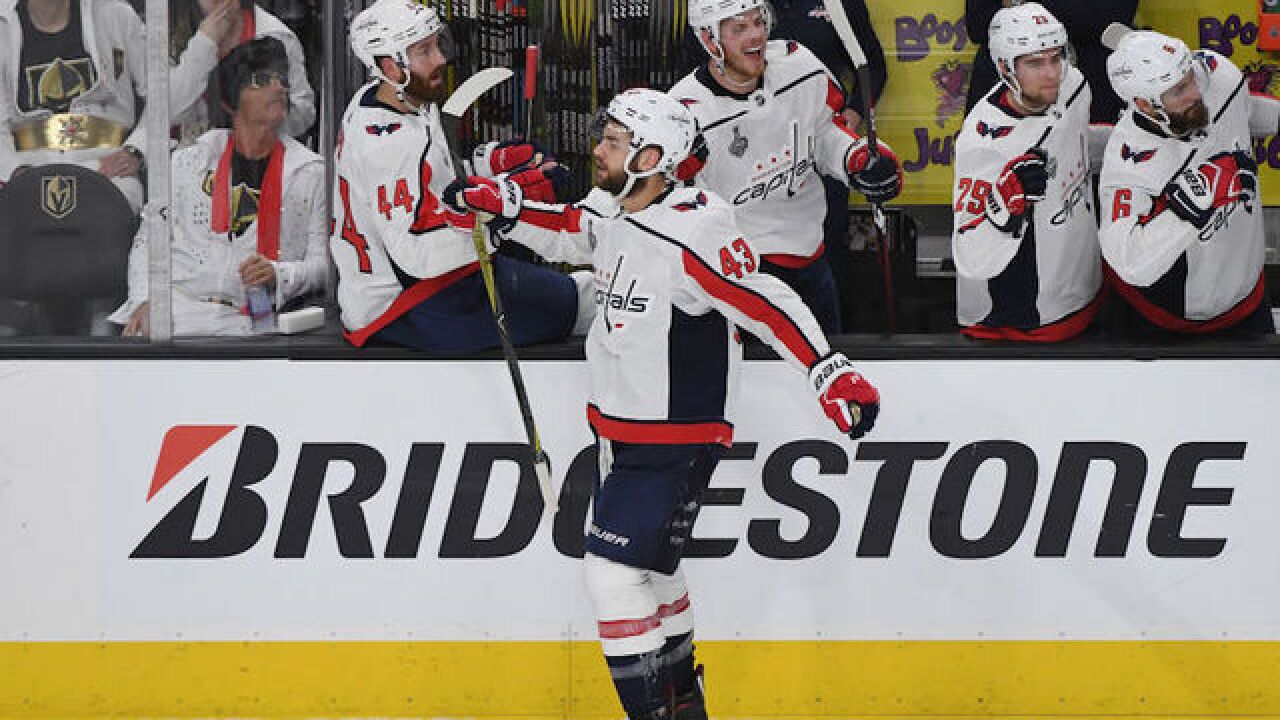 Copyright 2018 Scripps Media, Inc. All rights reserved. This material may not be published, broadcast, rewritten, or redistributed.
Ethan Miller
<p>LAS VEGAS, NV - MAY 28: Tom Wilson #43 of the Washington Capitals celebrates with teammates after scoring a third period goal against the Vegas Golden Knights in Game One of the 2018 NHL Stanley Cup Final at T-Mobile Arena on May 28, 2018 in Las Vegas, Nevada. (Photo by Ethan Miller/Getty Images)</p>

The NBA's two biggest superstars will face off in the NBA Finals again. But the pairing of LeBron James and Steph Curry is not the hottest ticket in sports.

That honor goes to the Stanley Cup Final, which pits the Vegas Golden Knights expansion team against the Washington Capitals. Tickets for the final are the most expensive ever recorded, averaging $1,983 for the series, according to TicketIQ, which has tracked tickets since 2011.

In just their first year of existence, the Golden Knights are creating tremendous buzz.

The team opened the best-of-7 series with a Game 1 victory.

The Knights are new and unexpected, and the Capitals have never won a Stanley Cup, which is generating excitement as well.

The Cleveland Cavaliers and Golden State Warriors, on the other hand, are meeting for their fourth consecutive NBA championship series starting Thursday. The story lines seem familiar. The average price for a "get in" ticket — a metric ticket sites use to aggregate the cheapest prices — to any of the NBA Finals games cost $390. That's  the lowest  they've been in the past four years.

The average cost of all tickets to the NBA championship — which includes more than just "get in" pricing — increased from last year and is the second highest since 2011, according to TicketIQ. The rise in average can be attributed to an increase in some of the seat prices at Oracle Arena where the Warriors play. TicketIQ founder Jesse Lawrence said demand is also up because the Warriors are expected to win in four games.

Stanley Cup Final tickets tend to be more expensive than NBA Finals tickets. But this year has been unprecedented for the Cup. Not only is the average price for all tickets higher than ever before, but across the series, the average cost of the cheapest tickets is also up more than $100 from last year.

For Game 5, which won't happen if there's a sweep, the lowest prices on TicketIQ are over $1,100 for the Stanley Cup Final and around $600 for the NBA Finals . On Ticketmaster and StubHub, NHL tickets are priced at over $800 and NBA seats are around $600.