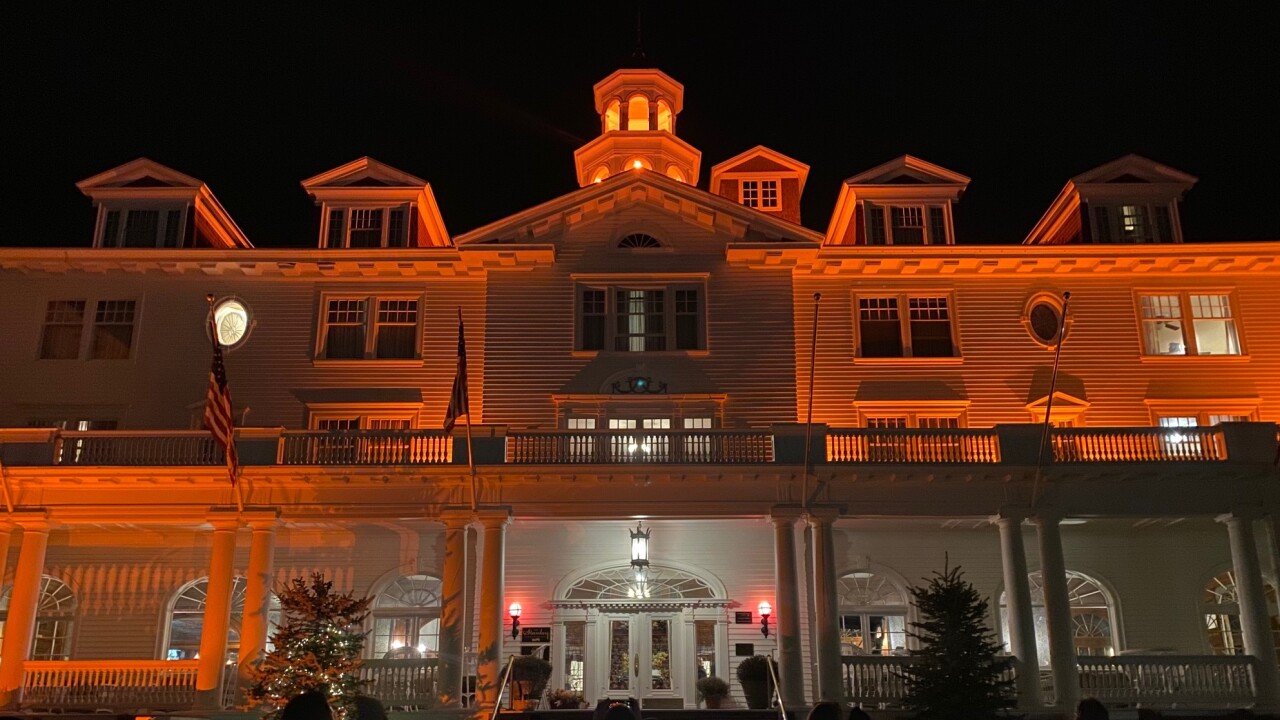 ESTES PARK, Colo. – The Rocky Mountains are home to a hotel that’s widely considered one of the most haunted places in America and it has ties to a renowned horror film.

The Stanley Hotel in Estes Park, Colorado, is said to be haunted by several different ghosts, from past owners to children, and even a couple pets.

Along with its haunted reputation, the Colonial Revival-style hotel also inspired author Stephen King to write “The Shining,” one of his most popular novels that was adapted into a 1980 film starring Jack Nicholson.

Haunted history of The Stanley Hotel

The Stanley Hotel was built by inventor Freelan Oscar (F.O.) Stanley , who moved out to Colorado hoping that the fresh air and plentiful sunlight would relieve his tuberculosis. When he arrived in 1903, he was weak and underweight, but after just one season, hotel staff says his health was restored.

The hotel says Stanley was so overjoyed that he vowed to return each summer and ended up building the hotel to bring a level of sophistication to the region. The Stanley Hotel opened in 1909.

Another ghost that’s been said to show up is a former housekeeper of the hotel, Elizabeth Wilson or Mrs. Wilson. Tour guides say Wilson was lighting lanterns in room 217 when she was seriously injured in an explosion. She survived the blast but passed away years later. Now, it seems Wilson is a regular in room 217. Guests report items being moved, luggage being packed up and lights going off and on. It also seems Wilson is rather conservative – guides say she’s not a fan of unmarried couples. People who aren’t married have reported feeling a cold presence between them while in bed.

The spirits aren’t limited to adults. Tour guides say the ghost of a child with autism also roams the grounds and is known to play with the hair of guests. Staff says the boy, named Billy, is drawn to people who work with people with autism or are familiar with the developmental disorder.

On the fourth floor, guests have also reported hearing children running around, laughing and playing. Guides say that’s where nannies and the kids they watched would spend much of their time back in the day.

Not all of the hotel’s purported ghosts stand on two legs. There’s a pet cemetery on the grounds that guides say is the final resting place of some of the owners’ animals. Staff says the ghosts of a cat and a dog have been seen roaming around.

Guides end their tours in a cave system below the hotel, where staff says there’s a higher-than-average concentration of limestone and quartz which is believed by some to draw spirits to the property.

How the hotel inspired Stephen King

During a recent appearance on “The View,” Stephen King explained that he was living in Boulder, working on “The Stand,” when he and his wife took a weekend off from their kids.

“We ended up staying at a place called The Stanley Hotel,” said King. “It was their last day of the season. Everybody was leaving and nobody was coming in, and we said ‘can we check in?’”

An employee told King that they could stay if they could pay cash, because the hotel had already sent its credit receipts back to Denver. King happened to have the money.

“We were the only people in that hotel and the wind was whistling outside and the rooms were all empty.”

Legend has it that during King’s stay in room 217, he had a lucid nightmare about his young son being chased around the hotel. Guides say the author jerked out of bed, went outside to smoke a cigarette and that’s when he started to lay the groundwork for “The Shining.”

Over the years, many people have claimed to have captured the ghosts of the hotel on camera. One instance was in 2016 . During tours of the hotel, guides also share some of the photos that they say show the spirits.

Today, The Stanley Hotel has been beautifully restored and hosts guests year-round.

Those interested in learning more about the history of the legendary hotel and its haunted folklore can go on a range of tours .

The hotel also hosts weddings, corporate events and other parties throughout the year.