These school districts are already arming teachers, and they say it 'can be done right' 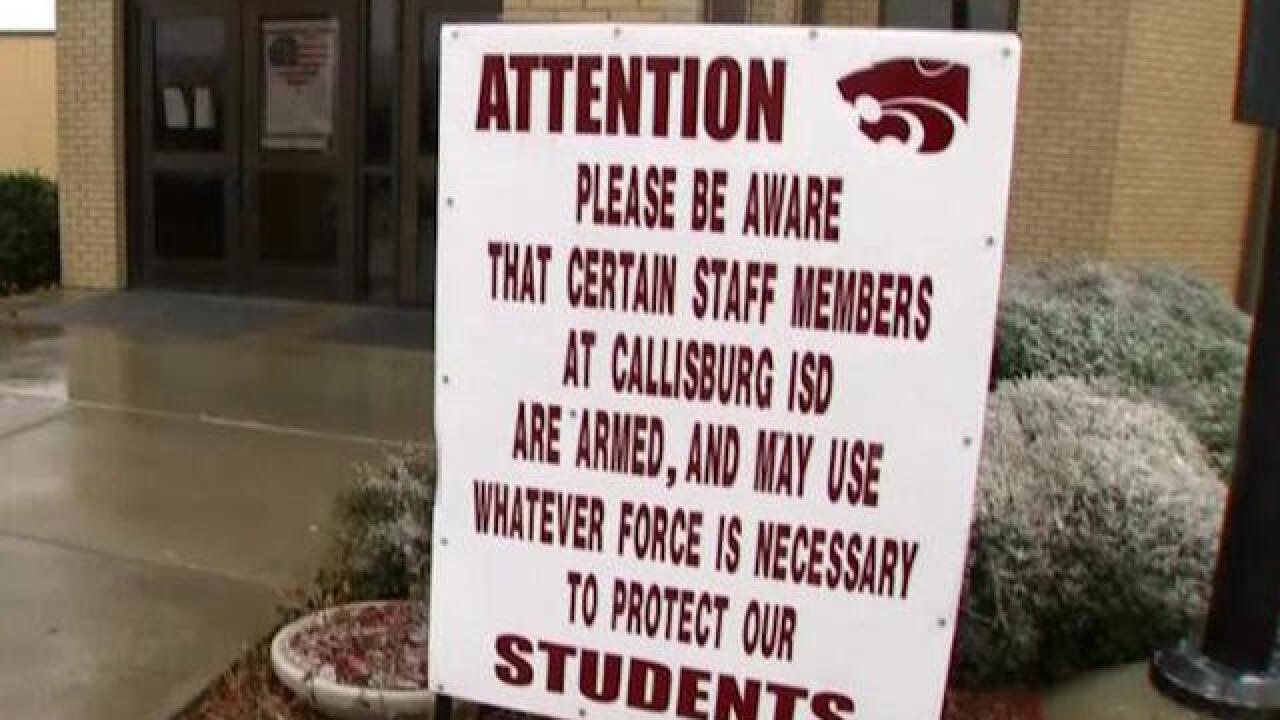 © 2018 Cable News Network, Inc.
<p>President Trump's plan to arm teachers with guns is already in effect in some school districts, like the Callisburg School District in Texas.</p>

Arming teachers may be a "terrible" or even a "ridiculous" idea to critics, but some teachers across the country already bring guns to school.

In the wake of the Florida school shooting, the debate over whether teachers should carry guns in class has intensified. President Donald Trump is proposing bonuses for educators who undergo gun training . State lawmakers are beginning to consider legislation while school officials are pushing for an increase in classroom resources but not guns.

State laws related to guns in schools vary by state and although many only apply to college campuses, some states give teachers with concealed carry permits the ability to have guns on the grounds of K-12 schools, according to the Giffords Law Center to Prevent Gun Violence.

Here's a look at some of the states where teachers and other school staff are willing to carry their weapons.

'The best thing to protect the children'

After the Sandy Hook shooting, a school district in Arkansas wanted to hire an extra full-time security guard but couldn't afford it. Instead, they trained more than a dozen teachers and staff members as armed guards.

For nearly four years, the Clarksville School District -- about 100 miles northwest of Little Rock -- has had teachers, janitors, computer technicians and other staff members ready to respond in the case of a shooting, CNN affiliate KARK reported.

"Every second that ticks by is a possibility of a life lost. What we've gathered from this is that it can be done, it can be done right," David Hopkins CNN affiliate KFSM.

Hiring one school resource officer would have cost the district about $50,000 a year. The district spent at least $68,000 training about 13 staff members when the program began, Hopkins told KFSM.

For Jim Krohn, a social studies teacher at Clarksville Junior High who volunteered to be one of the officers, the program is a good deterrent.

"If we didn't do this and somebody came into this building or any of our school buildings and harmed children, it would be hard to go to sleep that night thinking what else could I have done and at least we've done what we think is the best thing to protect the children of Clarksville school district," Krohn told KFTA.

Teachers and other staff members are becoming "school sentinels" in South Dakota to protect students.

Since a state law passed in 2013, at least two school districts in the state have launched a "school sentinel program," which allows the arming of school employees, security guards or volunteers.

School administrators say they trust law enforcement but they are too far away. If a shooting takes place, they say school employees would "have a fighting chance."

"We're over 20 minutes from any police force being able to respond to an event, so with that in mind is one of the reasons why we decided to move forward," Ryan Bruns, the Northwestern Area School District superintendent told CNN affiliate KPRY .

Before carrying a firearm on campus, staff members undergo at least 80 hours of use of force, weapons proficiency, legal aspects and first aid classes. They also have to be approved by the school board and a law enforcement agency.

And if parents are against the program, they can put the issue to a voter referendum. So far, there have been no complaints.

"I trust that the teachers and the faculty there all have our children's best interest at heart. They're from the community and the surrounding community and it doesn't concern me at all," Kevin Hansen, whose three children go to the Tri-Valley School District -- about 25 miles northwest of Sioux Falls --- told CNN affiliate KELO .

In Texas, students in the Callisburg Independent School District say they feel safer knowing their teachers can protect them if the unthinkable happens.

About four years ago the district, which is about 85 miles north of Dallas, started what's known as the "guardian" program: a small force of volunteer school staff allowed to carry a concealed firearm on school grounds, said school superintendent Steve Clugston.

"We'll do whatever's necessary to protect our kids and staff," Clugston told CNN. "We don't want to be at the mercy of somebody that's intent on doing harm."

Around the country, community members have opposed the idea of arming teachers but in some rural towns in Texas, students are welcoming it.

"I feel really safe, knowing that, I can come to school and if there's an incident that does happen that they'll be able to protect us," said a student at Callisburg High School who didn't want to be named.

For more than 15 years, Utah educators have been able to bring their guns to schools. The state's concealed weapons law allows any person with a permit to have a weapon inside a school.

School officials have said that only a small fraction do it, but they can't tell with certainty.

If the teachers do have a loaded gun, their principals, school districts, and local police departments wouldn't even know because given they don't have to report it and they can't asked them, according to a state law.

In recent years, no fatal incidents involving teachers with guns in schools have been reported, but in 2014 an elementary school teacher discharged her concealed firearm when she went into the faculty restroom of a Taylorsville, Utah school, CNN affiliate KSL reported.

The teacher removed her handgun and when she attempted to holster it, the gun went off, striking the toilet.

She was charged with a misdemeanor charge of discharging a firearm in city limits. She pleaded no contest and was ordered to take a firearms safety course in order to get the case dismissed.