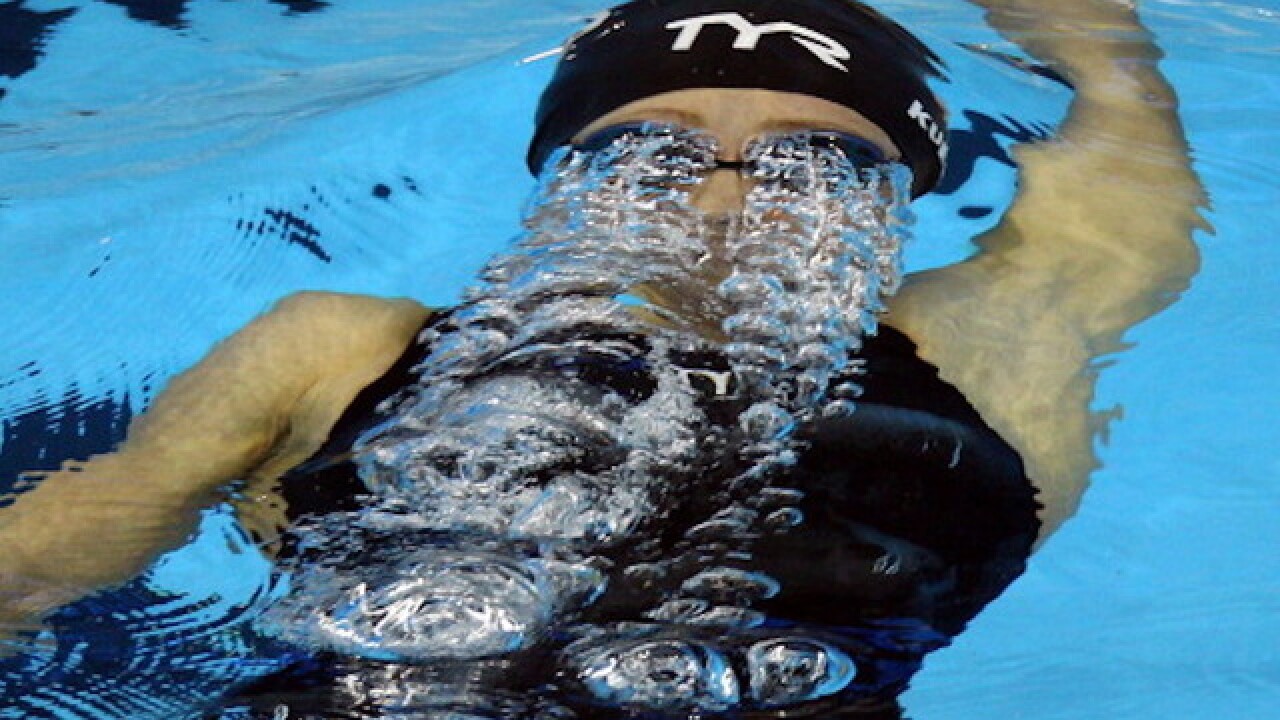 Top USA Swimming officials are under fire for what critics say was a culture of sexual abuse that was allowed to persist for decades unchecked.

A stunning new investigative report first published in the Orange County Register found that since 1997, more than 250 coaches and officials were either arrested, charged or disciplined by USA Swimming for sexual abuse or misconduct.

The paper -- citing, documents, interviews with abuse survivors, former Olympians, USA Swimming officials and others -- claims that there are at least 590 victims. According to the report, the organization's top brass was aware of the problem, but did little, if anything, to stop it.

USA Swimming's president and CEO, Tim Hinchey, publicly reacted to the report, writing in part, "While we disagree on several of the reported statements and many of the conclusions in recent media reports, members were failed, and we are doing everything we can to make sure it never happens again."

On Thursday, the national governing body of swimming in the United States announced the resignation of two high-level executives, including Susan Woessner, the head of its "Safe Sport" initiative, spearheaded by USA Swimming in 2010 to protect young athletes

Woessner resigned, acknowledging she'd had a brief romantic encounter with swimming coach Sean Hutchison in 2007. She was later assigned to oversee a sexual abuse investigation involving Hutchison, but failed to disclose the encounter.

Hutchison was accused by former Olympic swimmer Ariana Kukors, whom he coached. In court documents filed in Washington state, Kukors accused Hutchison of sexually abusing her for several years while she was a teenager.

"It is so painful in this moment to look back on the shell of a person he turned me into. Because in that moment, I was programed to think that I trusted this man. And not only did I trust him but I relied on him to help me achieve my dreams," Kukors recently told CNN's Jean Casarez.

Hutchison denies the accusations, saying that he only had a consensual relationship with Kukors when she was 23.

Because some of the alleged incidents of sexual abuse happened outside the US, the Department of Homeland Security is investigating.

According to the Orange County Register, the second executive to resign, Pat Hogan, had given an employee recently fired from USA Swimming for sexual abuse allegations a recommendation for a job working with children elsewhere. Hogan denied the claim in a deposition. It's not entirely clear why he resigned his post.

Last month on Capitol Hill, the House Committee on Energy and Commerce informed USA Swimming that it is "Investigating matters related to sexual abuse within organized sport, including USA Swimming."

In total, USA Swimming now has roughly 150 names on a public list of coaches and officials who have been banned from the sport, many of them for sexual abuse.

Jancy Thompson says there's at least one name missing: Norm Havercroft. Thompson says her former swimming coach in Los Gatos, California, molested her for several years, starting when she was just 15 years old. She says Havercroft was the reason she quit swimming, and gave up a scholarship to Arizona State University.

"It was who I was. That was my identity. And so when I quit, there were many times where I figured I might as well die," she told CNN. "Without swimming, who am I?"

She says that Havercroft groomed her from a young age, slowly becoming more and more physical and intimate -- she says at first he would send her pornographic material, then later he even bought a webcam so they could have "cybersex." Havercroft waited until she turned 18 before they had sex.

Accuser: "He would just tear me down emotionally"

"It felt wrong but it also felt right. It felt good. Because, I knew it wasn't right but he would tell me that this is good ... I love you. I care about you," she said. "He would just tear me down emotionally ... But then he would build me up at the same time to where I needed him to feel good. I needed him to finish my sentence. I needed him to tell me how I should feel and eventually I was just a shell of a person."

Thompson says Havercroft insisted to her and her parents that she was an especially gifted swimmer, who had a real shot at one day competing in the Olympics. To get there, she needed him. It was years later that Thompson reported Havercroft to the police. They investigated, but never brought formal charges. Years after that, she launched a civil suit against him that ended in an undisclosed settlement. Havercroft maintained his innocence.

Thompson was not the first person to accuse Havercroft of abuse. Years before, another young swimmer, not even in her teens, came forward to police. The case was brought before a grand jury. Thompson testified in support of her coach, partly because she says she felt pressured to, and partly because she didn't fully believe the young swimmer's tale.

Havercroft's attorney, Stephen Baker, says that testimony in support of Havercroft is evidence that Thompson's story was made up. He also cites a separate civil lawsuit Thompson's father, a contractor, had filed against Havercroft over a building project, as a possible ulterior motivation.

Havercroft settled the first sexual misconduct civil case against him for what Baker says was a "nuisance value" that he was barred from disclosing by the terms of the agreement. Asked why Havercroft would pay a civil settlement to someone who falsely accused him, Baker partly blamed the justice system. Ultimately, it often comes down to a cost-benefit analysis, he said.

"People are wrongly making the assumption that settlement means [Havercroft] must have done it. No it doesn't equate to that," he said. "You've gotta put yourself in those shoes before you say you wouldn't settle because as great as our legal system is, it's imperfect."

For Thompson, she says the experience has strained her family relationships, and stripped her of any faith she may have had in USA Swimming. She says had the organization done something after the first accusations, she never would have been abused. She says Havercroft, and other coaches, should not to have the same right of due process when kids are involved.

"I believe that the child should be protected first before an adult," she said. "Nobody is saying you're guilty until proven guilty. But during that time [after an accusation is made], you shouldn't be able to continue doing what you're doing. You should be suspended or pending until further notice."

Her attorney, Robert Allard, who also represents Ariana Kukors, says that USA Swimming needs to clean house. Allard brought the Woessner allegations to the organization's attention, he has also represented 12 other clients in similar lawsuits involving USA Swimming. He says many cases followed a similar pattern.

"The coach normalizes sex with them. And he uses the carrot of Olympic glory to get what he wants. So yes, it's all about manipulation, it's all about grooming, and it's all about controlling the child's brain to get her to eventually agree to a sexual relationship that she might think is normal," he told CNN.

USA Swimming now has a rule in place that prevents coaches from dating their athletes regardless of their age. The organization also pledged to continue to add names to the list of banned coaches and officials. For Thompson, actions will speak louder than words.