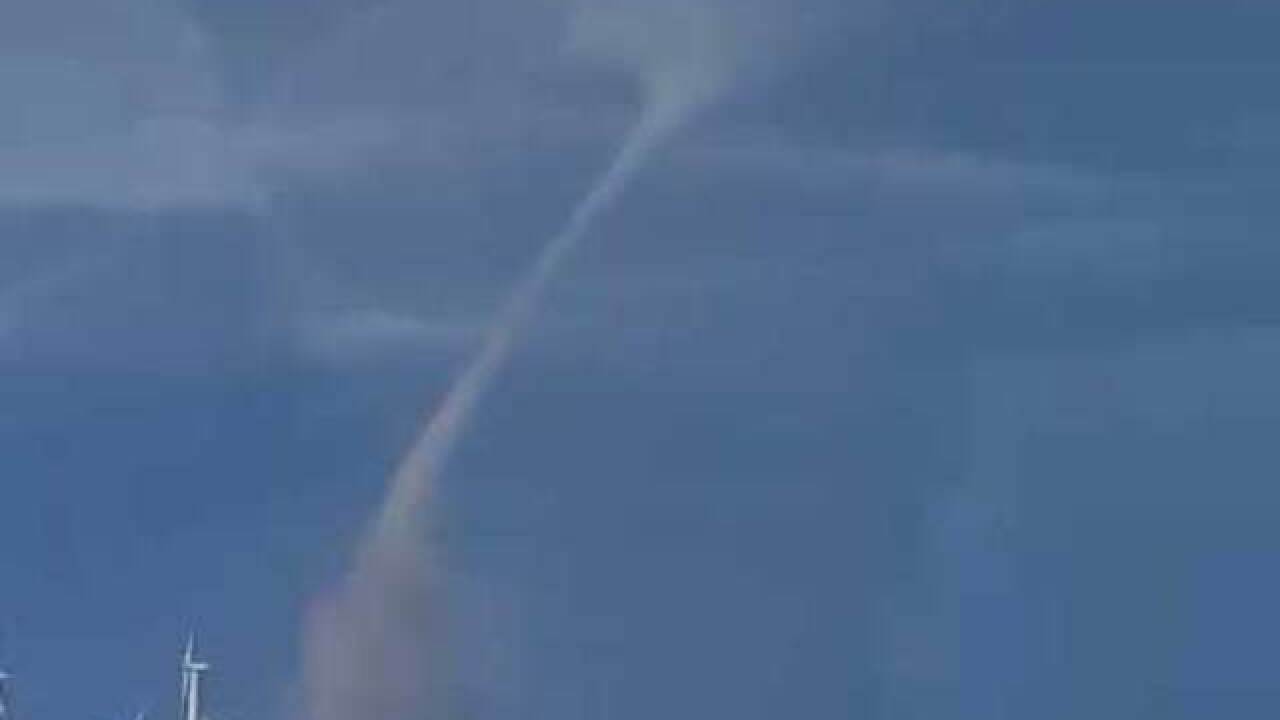 Three tornadoes were reported in Logan County, Colorado on Monday afternoon, according to the Logan County Office of Emergency Management.

Video from Heather Witt showed a tornado on the ground near a wind farm, near Peetz, Colorado. Peetz is about 150 miles from Denver, near the Colorado-Nebraska border.

"That tornado destroyed a barn in the area and ripped off the front door to a residence," the Logan County Sheriff's Office said in a news release. "Power poles were also damaged, causing power outages."

Ashley Kennedy told Denver's KMGH-TV she lost power, but doesn't have any damage at her home.

Peetz tornado pictures from Ashley Kennedy. She is without power, but says she has no damage. pic.twitter.com/cYJaAC5HTa

Look closely at this pic...you can see two funnels in it. From Dick Herboldsheimer. #COWX pic.twitter.com/IJqjWB5IDC

No injuries have been reported.