Trail runner breaks leg, crawls on all fours for 10 hours before being rescued 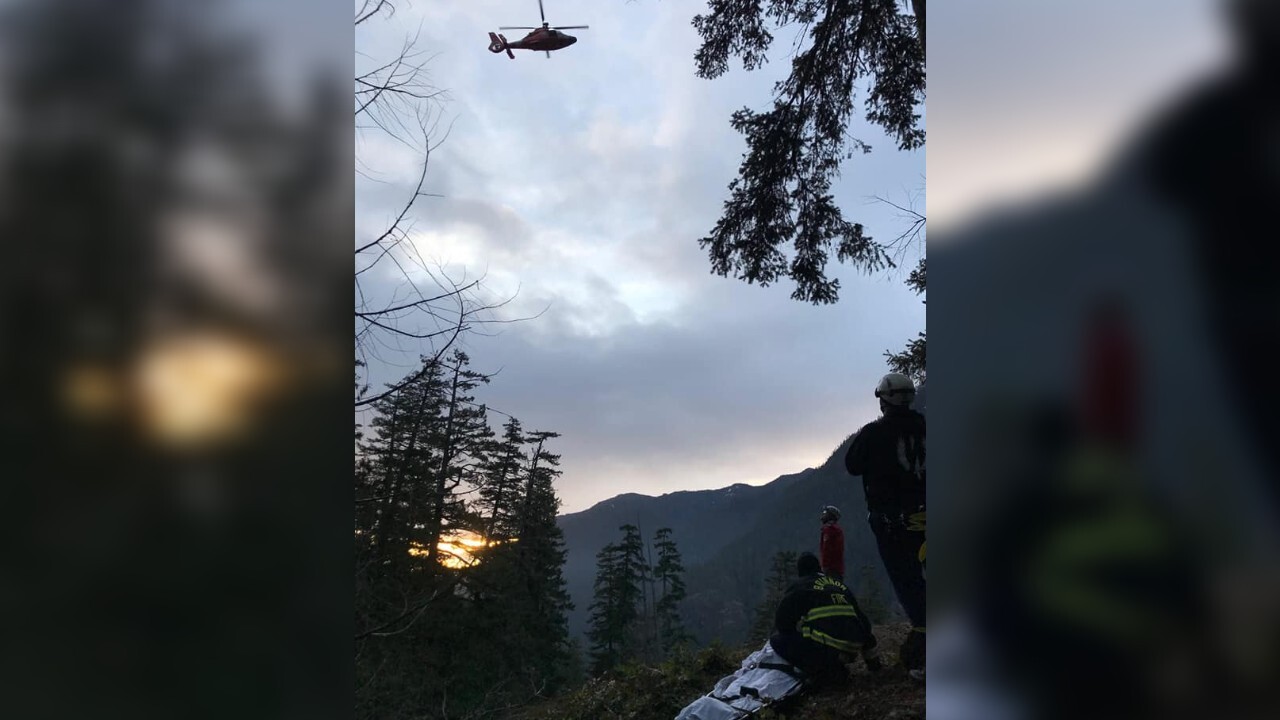 WARNING: The video above contains material that some viewers may find graphic.

QUILCENE, Wash. – An injured trail runner crawled several miles on his hands and knees before he was rescued in Washington state over the weekend.

Jefferson Search and Rescue says the man, identified by KIRO as Joseph Oldendorf, injured himself 9 or 10 miles from the trailhead on the Duckabush River Trail at about 5 p.m. Friday.

Afterwards, officials say Oldendorf crawled until his cell phone obtained a signal, which he noticed when he received a text message. He then stopped, called 911 for help and kept moving.

Search and rescue crews were called to the trail at about 12:45 a.m. Saturday and eventually located Oldendorf by voice, about 5 or 6 miles from where he was injured.

Crews began treating Oldendorf for a broken bone and exposure to the cold. Officials say the man was wearing only light running clothes when he was injured in sub-freezing temperatures.

Using a helicopter, crews hoisted the man up with a rescue basket and transported him to Harborview Medical Center for further treatment.

Oldendorf told KIRO that he crawled about 10.5 hours after he slipped on ice and broke his leg, three inches up from the ankle. After crawling for so long, he says his knees became raw.

“So, I had the idea to put my shoes over them so I would at least have some traction and a little bit of protection, but they’re still really messed up," Oldendorf told KIRO.

Jefferson Search and Rescue commended Oldenforf for his “incredible grit" and for carrying a cell phone. Otherwise, things could have been a lot worse.