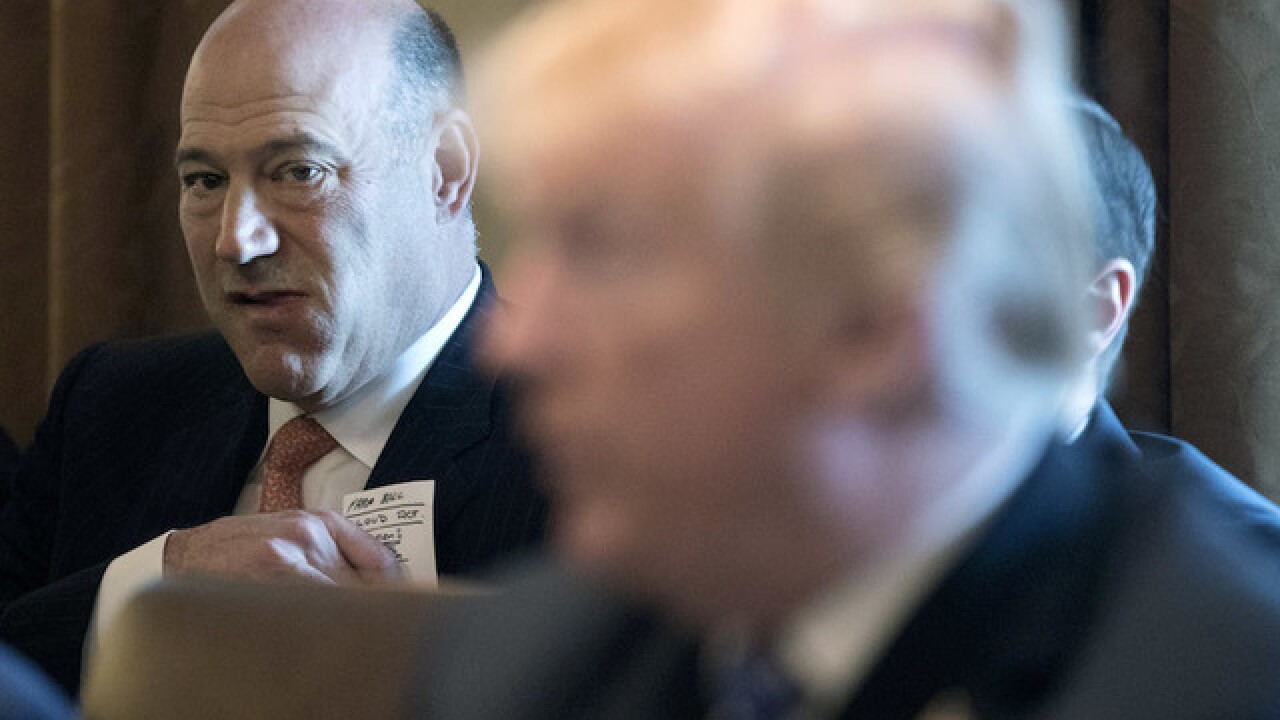 Copyright Getty Images
Pool
<p>WASHINGTON, DC - MARCH 8: Outgoing Director of the National Economic Council Gary Cohn (Back) puts a note in his pocket while listening to US President Donald J. Trump (front) deliver remarks during a meeting with members of his Cabinet, in the Cabinet Room of the White House March 8, 2018 in Washington, DC, (Photo by Michael Reynolds-Pool/Getty Images)</p>

"He may be a globalist, but I still like him," Trump said of Cohn, who was sitting in the room and announced earlier this week he is resigning as director of the National Economic Council. "He is seriously a globalist, there is no question. But in his own way he's a nationalist because he loves our country."

Cohn received a hearty applause from the Cabinet.

"I have a feeling you'll be back," Trump said.

Trump said Cohn would not return in the same position, though, because he wasn't "quite as strong" on tariffs. That doesn't bode well for Larry Kudlow and other free-traders who are being considered to succeed Cohn.

Cohn, who had been rumored just weeks ago as a potential next chief of staff, will leave the White House in the wake of his fierce disagreement with the President's decision to impose tariffs on steel and aluminum imports. Cohn is expected to leave in the coming weeks, the White House announced Tuesday.

Cohn's position with Trump had been tenuous since last summer, when Cohn rebuked the President over his comments about a white supremacist rally in Charlottesville, Virginia.

While they smoothed over their relationship as Cohn successfully worked to get tax reform -- the President's only major legislative accomplishment -- passed, a person close to the matter said it "was never the same."

As recently as last week, Cohn was still thinking he could hold on -- and wanted to, this person says -- but losing the tariff fight made clear that it was time to leave, the person said.