Trump expected to give troops authority to protect border personnel 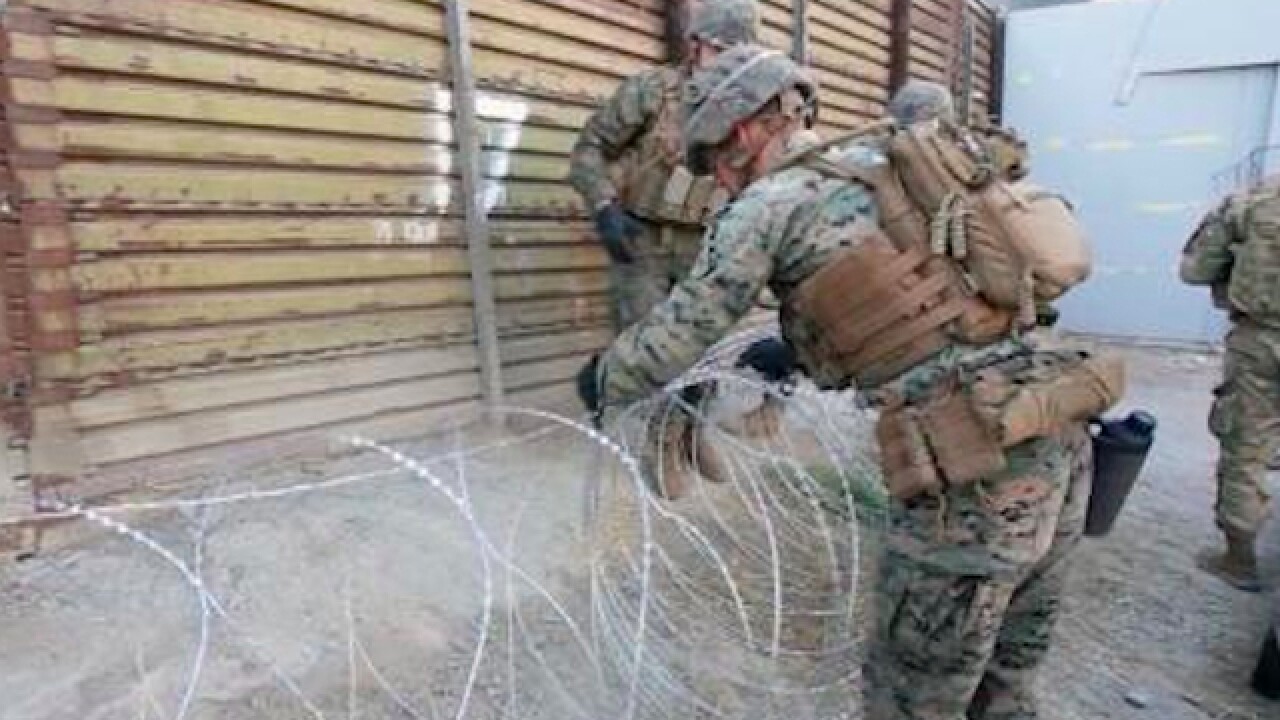 President Donald Trump is expected to grant new authority to US troops on the Southwest border with Mexico to protect Customs and Border Protection personnel from migrants if they engage in violence, according to two defense officials and another US official directly familiar with the plans. An additional administration official tells CNN that the authority will also authorize protection of federal property.

Currently troops do not have any authorities that would allow them to intervene if CBP personnel came under attack unless they need to act in their own self-defense.

The move could be announced as soon as Monday evening, officials said. The mission will be characterized solely as "protection of CBP" personnel, according to the administration official.

This comes as Department of Homeland Security officials said Monday that they had started to get information from "multiple sources including individuals in the Mexican government" of potential waves or groups of individuals who were discussing an incursion into legal ports of entry in California by attempting to pass through vehicle lanes.

Any potential use of force by US troops to protect CBP personnel must be "proportional," the official said.

It is expected the Pentagon and US Northern Command will amend the current document detailing the rules governing the "use of force" on the border mission.

All three officials are adamant that the change is not abfut troops firing weapons at migrants crossing the border. Instead the new rules will be aimed at providing the basic authorities to allow for protective measures. Previously troops did not have any authorities that would allow them to intervene if CBP personnel came attack.

The Pentagon has been working for the last several days on options for how troops can protect CBP.

The defense officials are also emphasizing that National Guard forces activated by governors, as well as state and local civilian law enforcement authorities in a given area, should be relied upon as much as possible.

DHS spokesperson Katie Waldman told CNN, "As Secretary Nielsen has said, we will not allow our frontline personnel to be in harm's way. We will do everything we can to protect those who defend our nation's sovereignty and secure our border. We appreciate the Department of Defense stepping in to assist the Department of Homeland Security as needed."

The White House did not immediately respond to CNN's request for comment.

Last week while visiting troops along the Texas border, Secretary of Defense Jim Mattis said CBP is doing "all the work, but we're standing behind them as a confidence builder," referring to the request from the Department of Homeland Security to provide support.

More than 2,000 Central American migrants arrived in the border city of Tijuana in recent days, and about 3,000 more migrants are estimated to be in Mexicali, Mexico, another border city about 100 miles away, a United Nations High Commissioner for Refugees spokeswoman told CNN.

As CNN has previously reported, the Department of Homeland Security originally asked the Pentagon to provide protection for CBP but that request was turned down by Mattis because it was deemed by the Pentagon to be asking troops to perform law enforcement duties that needed to be directly approved by President Trump. At the time of the original request, the Defense Department said that if Homeland Security officials still wanted troops to perform a protection role, they should ask the White House to formally grant the Pentagon the authorities to perform those additional functions.

At the outset the troops were assigned to provide assistance to Customs and Border Protection including engineering support with building temporary barriers, barricades and fencing, providing aviation support to move US Customs and Border Protection personnel, providing medical teams to triage, treat and prepare for commercial transport of patients and constructing temporary housing and personal protective equipment for CBP personnel.

Last week CNN reported that the US troops on the Texas border with Mexico were close to finishing their assigned task of reinforcing border crossing points, largely with concertina wire.