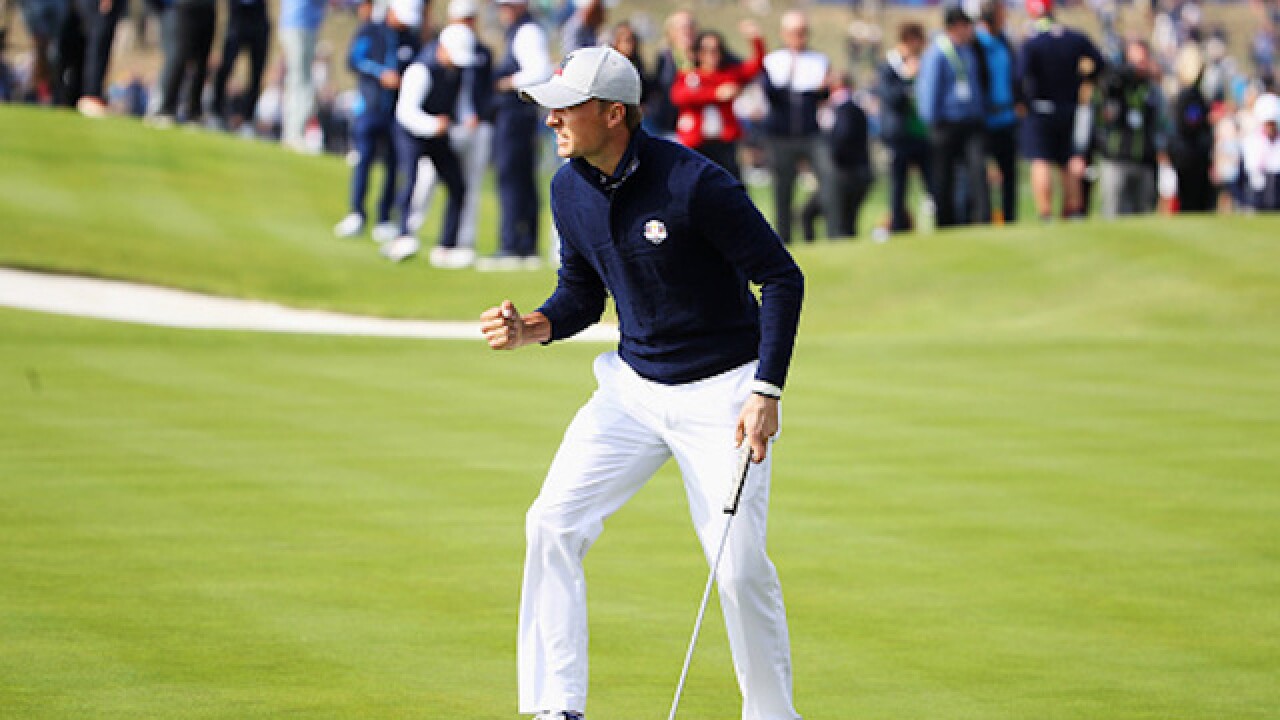 Image copyright 2018 Getty Images. All rights reserved. This material may not be published, broadcast, rewritten, or redistributed.
Christian Petersen
<p>PARIS, FRANCE - SEPTEMBER 28: Jordan Spieth of the United States celebrates during the morning fourball matches of the 2018 Ryder Cup at Le Golf National on September 28, 2018 in Paris, France. (Photo by Christian Petersen/Getty Images)</p>

It's advantage USA after Friday's opening session of the 2018 Ryder Cup at Le Golf National in Paris.

The Americans lead Europe 3-1 after the morning fourballs, with the foursomes matches -- in which players use the same ball and hit alternate shots -- set to take place later Friday.

A raucous atmosphere greeted golfers at the first tee, with six thousand fans packed into the towering grandstand.

The US pairing of Rickie Fowler and Dustin Johnson clinched the first point of the competition, beating the pairing of rookie Thorbjorn Olesen and an out-of-sorts Rory McIlroy.

World No. 2 Justin Rose, who won the $10m FedEx Cup last weekend, and Jon Rahm looked in control against three-time major winner Brooks Koepka and Tony Finau, leading by two holes heading into the back nine.

But the Americans won three of the final six holes to seal the point.

READ: The numbers behind the Ryder Cup

Jordan Spieth and Justin Thomas eventually got the better of Paul Casey and Tyrrell Hatton to claim a third point for the Americans.

Casey and Hatton, playing in his first Ryder Cup, trailed by three through the first seven holes before winning three straight holes between 11 and 13 to level the scores.

But the US pair bounced back, with Thomas recording a birdie at 15 to establish a decisive lead.

Team USA is the defending champion having comprehensively beaten Europe at Hazeltine in 2016.

The first team to win 14.5 points will clinch the Ryder Cup. For the defender, 14 points will retain the Cup.