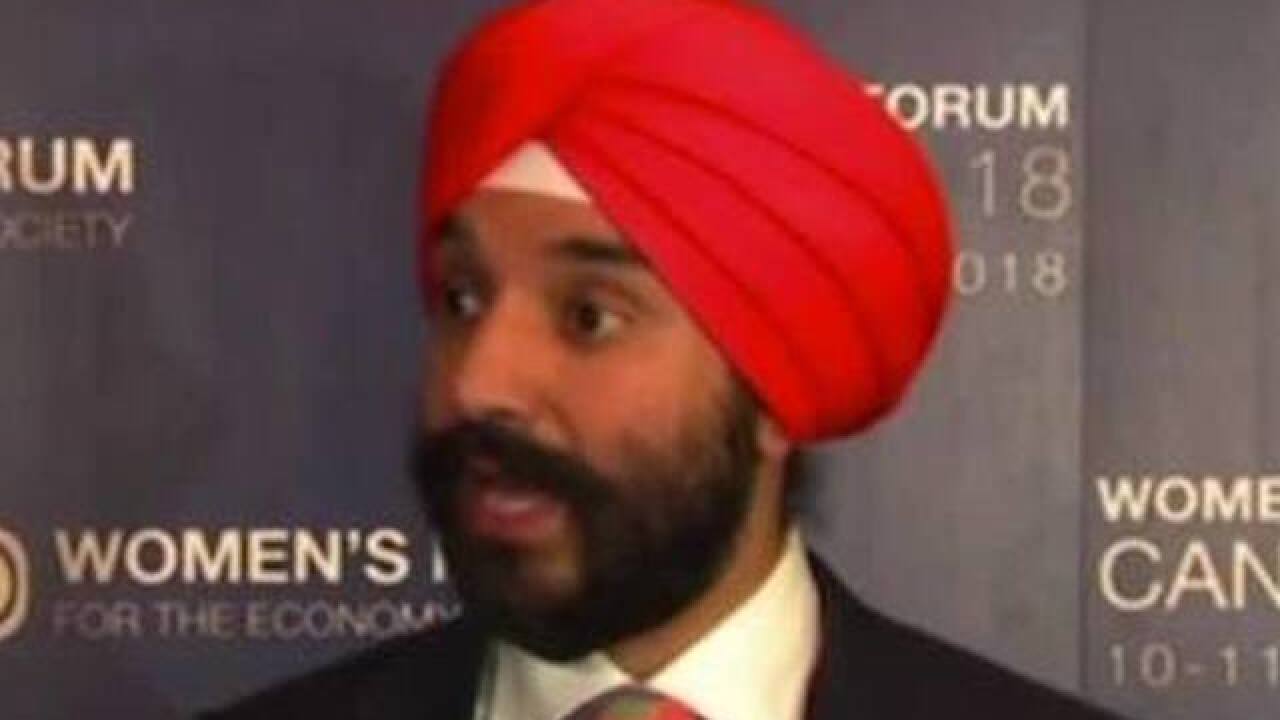 The Sikh community is speaking out after a Sikh Canadian minister was asked to take off his turban while going through a TSA checkpoint at Detroit Metro Airport.

The incident happened in April 2017.

Navdeep Bains, Canada’s Minister of Innovation, Science and Economic Development, went through the TSA checkpoint once without any issues but was asked to go through additional screenings because of his turban.

"Once they realized my position, who I was, I was ultimately allowed to fly but for me this is an issue that speaks for discrimination and discrimination happens with many people," Bains said.

The agency is now issuing a statement and the U.S. government is apologizing to Canada.

TSA responded to the incident saying in part:

"We regret the screening experience did not meet the expectations of Mr. Bains. Upon review of airport closed-circuit video, we determined that the officer conducting the screening did not follow standard operating procedures and therefore received additional training."

The statement goes on to say:

“When possible, passengers may remove non-formfitting headwear before proceeding through the security checkpoint. We recognize that passengers may be unable or unwilling to remove items for religious, medical, or other reasons, and should expect to undergo additional screening protocols.”

The Sikh community said they understand the security screening procedures at airports and abide by them.

"I would hope that in the future the religious rights would be respected," said Simran Chawa, a member of the Sikh community.

"I think it’s quiet unfortunate that somebody so high profile who holds a responsible position In Canada would be subjected to such screening and would be asked to remove their turban."

When Minister Bain returned to Canada, he informed the Canadian government, who then contacted the U.S. embassy in Ottawa.

Scripps station WXYZ in Detroit has been told the embassy has since apologized for the incident.