US blasts international court on Iran ruling, pulls out of 1955 treaty 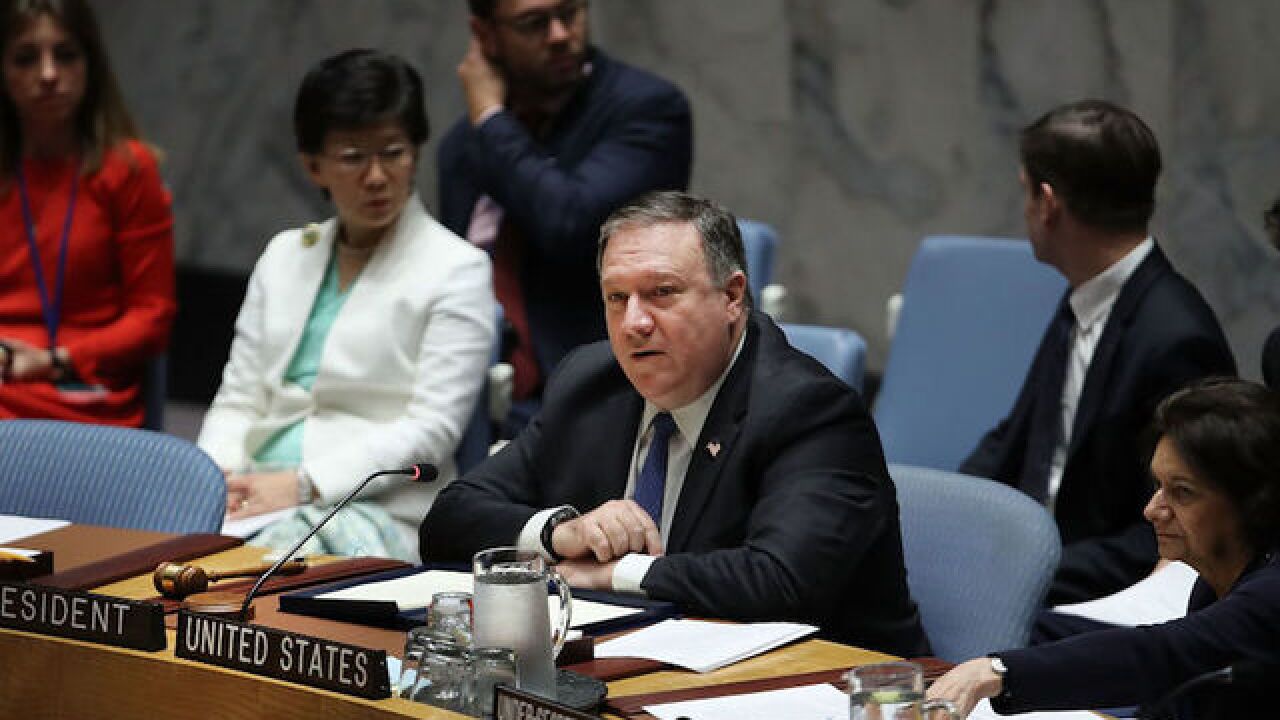 Secretary of State Mike Pompeo announced Wednesday that the U.S. is withdrawing from a 63-year-old friendship treaty with Iran after Tehran successfully made an international complaint that Washington had violated that accord.

The International Court of Justice ordered the U.S. on Wednesday to lift any sanctions that affect goods required for "humanitarian needs" in Iran, in another signal of international disapproval for U.S. policy on Iran.

Tehran brought a complaint against the U.S. in July, arguing that the U.S. decision to pull out of the 2015 nuclear pact and reimpose sanctions violated the 1955 Treaty of Amity.

Iran also said the U.S. had violated the international nuclear agreement with its unilateral withdrawal in May, and that its re-imposed sanctions were so broad, that they are hurting ordinary Iranians.

The court ordered the U.S. to remove "impediments" to the export of medicine, medical devices, food and agricultural commodities, and civil aviation equipment to Iran.

"We're disappointed that the court failed to recognize that it has no jurisdiction to issue any order relating to these sanctions measures with the United States, which is doing its work on Iran to protect its own essential security risks -- risk -- interests," Pompeo said.

"In light of how Iran has ... abused the ICJ as a forum for attacking the United States," Pompeo said, "I am, therefore, announcing today that the United States is terminating the Treaty of Amity with Iran," which was signed before the 1979 revolution overthrew the U.S.-backed Shah.

Pompeo said the U.S. was making exceptions to its sanctions to deal with humanitarian issues, and said that "given Iran's history of terrorism, ballistic missile activity and other malign behaviors, Iran's claims under the treaty are absurd."

"Existing exceptions, authorizations and licensing policies for humanitarian-related transactions and safety of flight will remain in effect," Pompeo said. "The United States has been actively engaged on these issues without regard to any proceeding before the ICJ. We're working closely with the Department of the Treasury to ensure that certain humanitarian-related transactions involving Iran can and will continue."

The ICJ ruling is binding and can't be appealed but the court has no way to enforce it. However, it stands as another rebuke to the Trump administration over its Iran policy.

China, Russia and the European Union used this year's United Nations General Assembly to register their unhappiness with U.S. policy on Iran.

China's foreign minister warned that failure of the deal could undermine nuclear non-proliferation efforts, the authority of the U.N. Security Council and peace and stability in "the region and the wider world."

Iranian President Hassan Rouhani told reporters that other world leaders expressed their support for Iran's continued presence in the deal and disapproval of Washington for its withdrawal. " America is alone ," he pronounced.

And the EU announced earlier this month that they are considering the creation of a mechanism designed to help Iran continue trading despite U.S. sanctions. Those strictures are set to get tighter in November when U.S. sanctions on Iran's energy sales go back into effect.