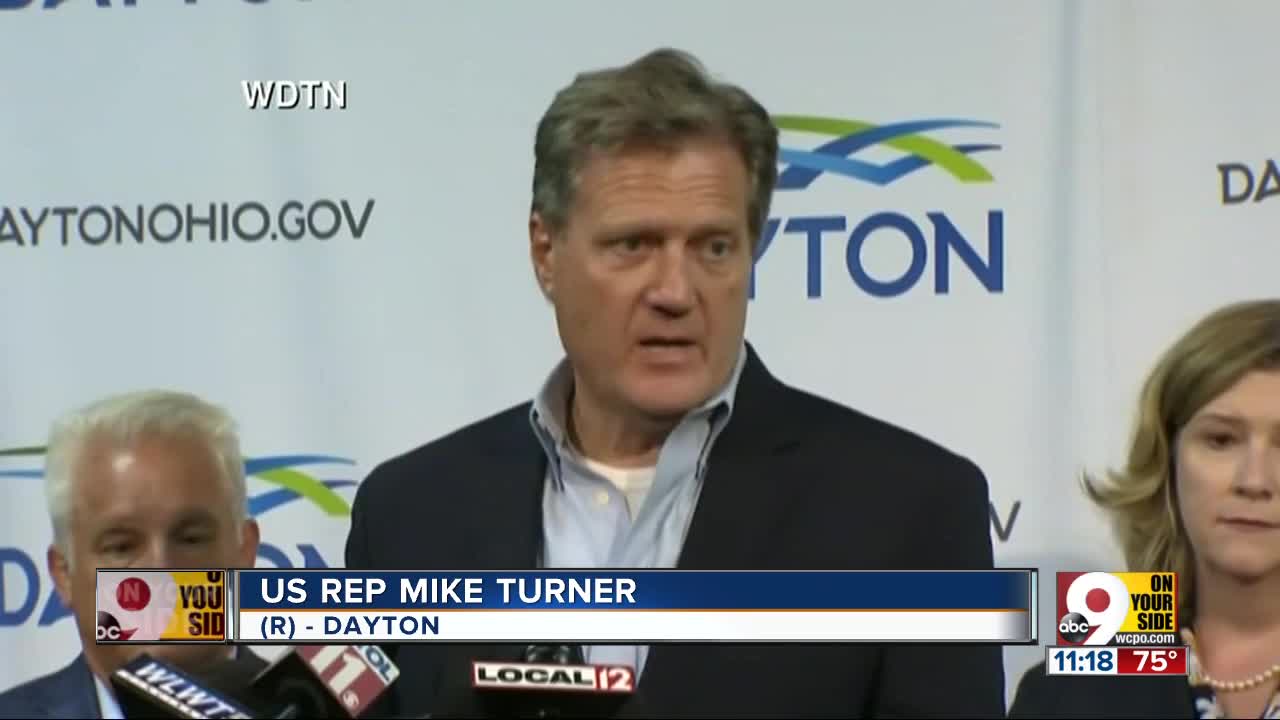 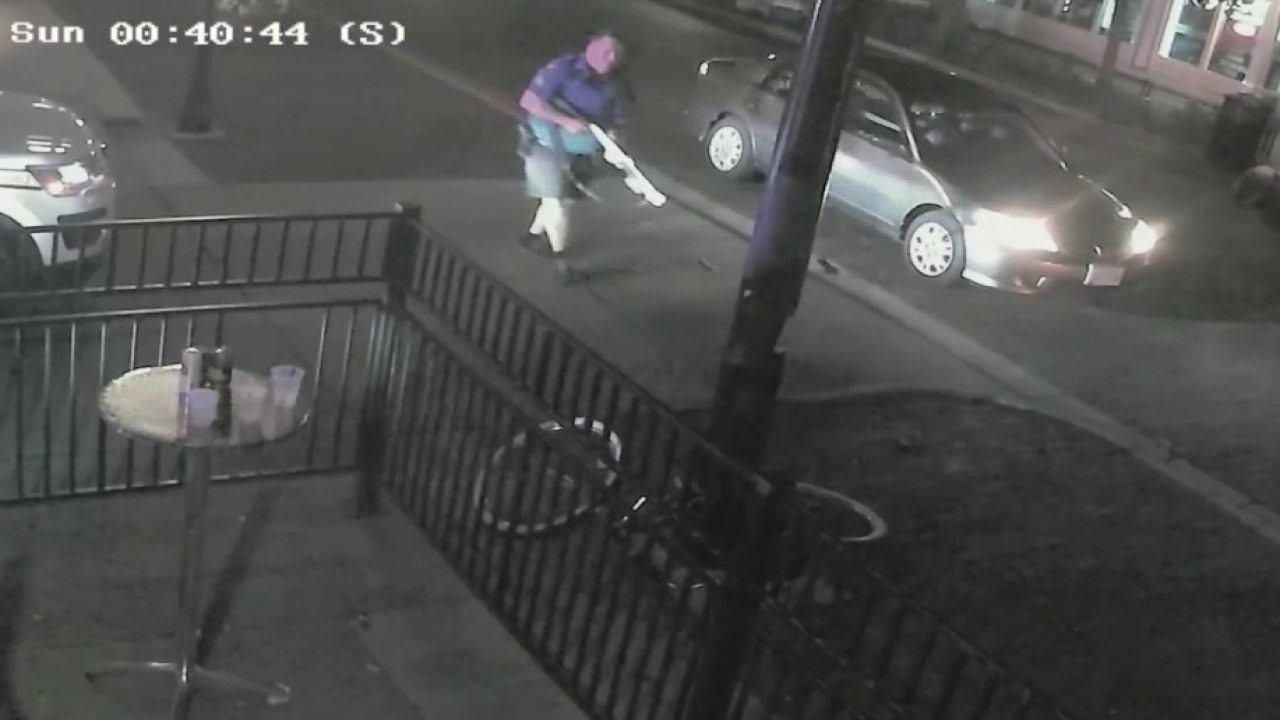 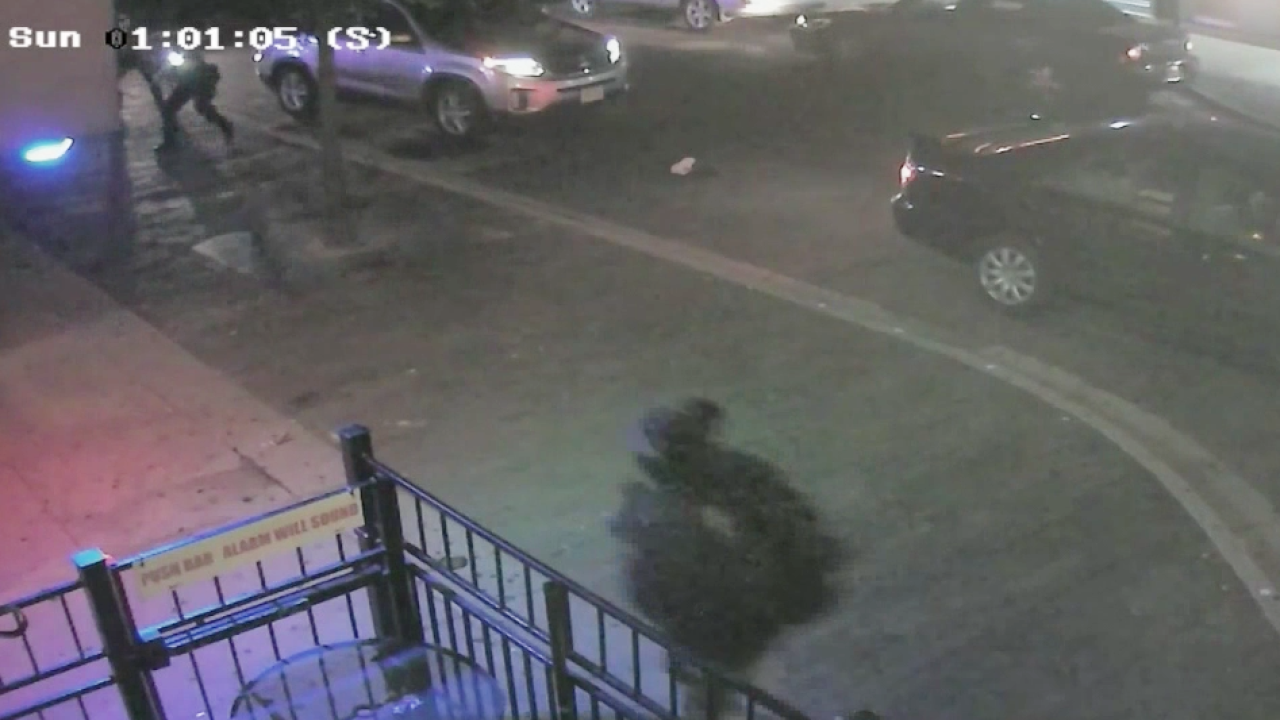 Surveillance video of police officers firing at shooter can be viewed above. Due to the graphic nature of the content, some may find the video disturbing.

DAYTON, Ohio — Of all the politicians and everyday people who praised Dayton police for their quick, heroic response to Sunday’s mass shooting , perhaps none were as grateful as former Dayton Mayor Mike Turner.

The U.S. Congressman got a call from his daughter at 2 a.m. Sunday, saying she had been across the street when bullets started to fly and nine people were gunned down in the Historic Oregon District in Dayton, Ohio.

“It was extraordinary that they were able to respond so quickly. As a result of police actions, my daughter, as well as hundreds of others in the Oregon District last night, are alive today,” Turner said at a Sunday news conference.

Officials say there's no telling how much higher the casualty toll — including at least 27 wounded — would have been if six Dayton police officers hadn't ended Connor Betts' rain of gunfire in less than 30 seconds.

Dayton Mayor Nan Whaley said on the day of the shooting, "it is a terrible day for Dayton, but I am so grateful for Dayton Police's fast action."

“It really does tell me a lot about local public servants, police, fire and rescue operations,” Brown said.

The officers charged down the street toward the sound of gunfire with guns drawn.

In the security video above, you can see panicked people scattering up Fifth Street as the shooting broke out. Two officers run around the corner and out of frame. As more people run, three more Dayton officers round the bend and fire from a distance.

Then an officer with a long gun comes out from behind a police cruiser at the top of the screen.

He and another officer walk toward the scene. This is the moment police stop Betts.

You see Betts come from the right side of the screen. We aren't showing you the moment police fire the fatal shots as Betts tried to enter Ned Peppers bar.

Knight was just promoted to sergeant last year. In 2016, the other five officers were sworn in.

“This courage was extraordinary and saved lives, probably hundreds of lives, given the situation,” said Sen. Rob Portman, R-Ohio.

Dayton Police Chief Richard Biehl said if the officers hadn't stopped Betts from getting inside the bar, Ned Peppers, the horrible carnage would have been “catastrophic.”

"It was crucial. Had this individual made it through the doorway of Ned Peppers with that kind of weaponry — there would’ve been a catastrophic injury and loss of life," Biehl said.

This story was originally published by Evan Millward on WCPO .