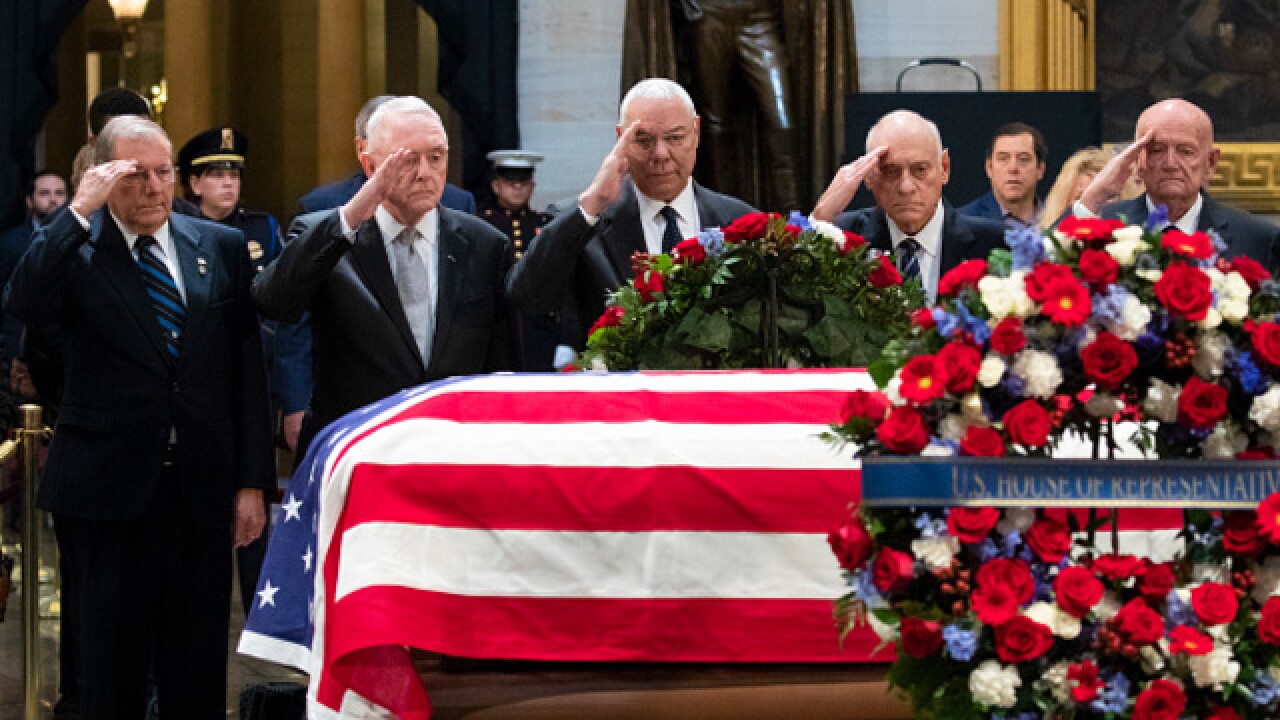 Image copyright 2018 Getty Images. All rights reserved. This material may not be published, broadcast, rewritten, or redistributed.
Drew Angerer
<p>WASHINGTON, DC - DECEMBER 4: Former Chairman of the Joint Chiefs of Staff and former Secretary of State Colin Powell (C) and former military officials from the Gulf War salute the casket of the late former President George H.W. Bush as he lies in state at the U.S. Capitol, December 4, 2018 in Washington, DC. A WWII combat veteran, Bush served as a member of Congress from Texas, ambassador to the United Nations, director of the CIA, vice president and 41st president of the United States.  (Photo by Drew Angerer/Getty Images)</p>

News 5 and ABC News are presenting special coverage on this national day of mourning for former President George H.W. Bush. Coverage will begin at about 10 a.m.

The Bush family is expected to depart the Blair House, the Presidential Guest House, at 9:45 a.m. Wednesday. Coverage will continue with President Bush’s casket departing the U.S. Capitol, where it was lying in state, for the memorial service at the Washington National Cathedral.

The state funeral will be an official gathering that will include current and former presidents and world leaders to mark the life of the 41st President.

In addition to the Trumps and the Bush family, Bush family spokesman Jim McGrath has told CNN that those attending will also include other dignitaries.