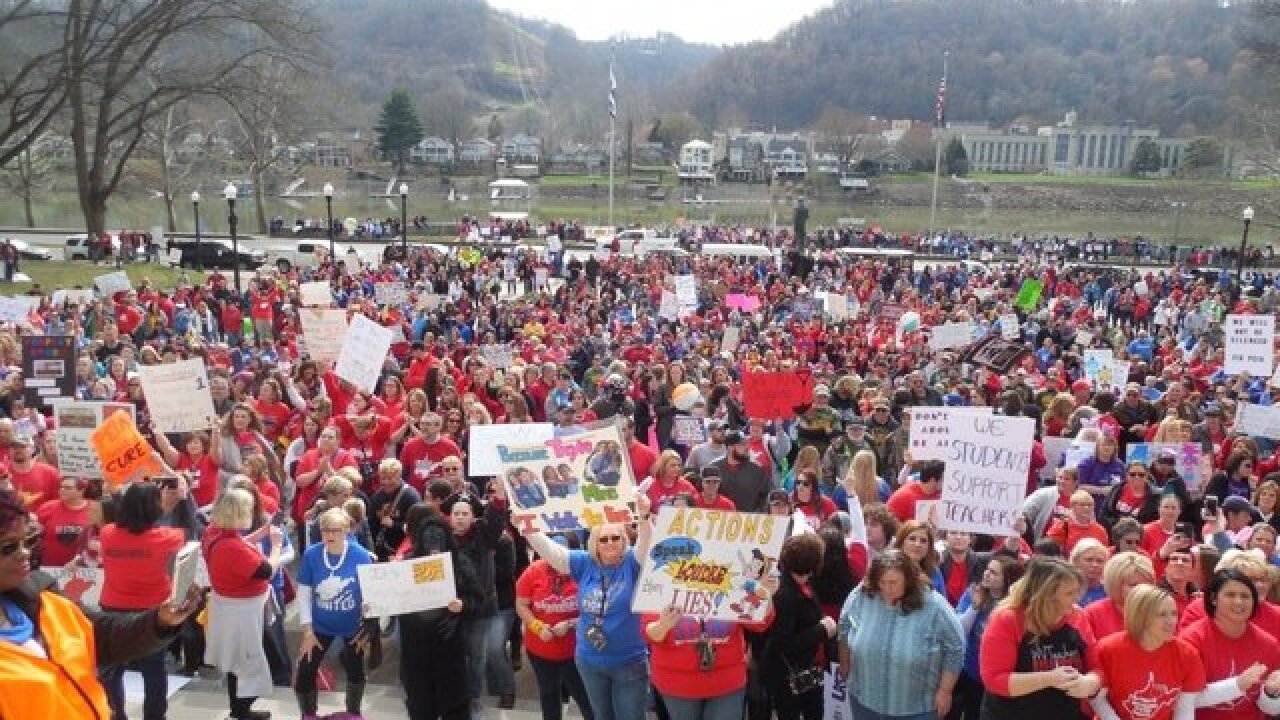 West Virginia public school teachers will strike for an eighth day Monday because the state legislature didn't meet their demand for higher pay and better benefits over the weekend.

All 55 counties announced school closures for Monday. About 20,000 teachers walked out February 22, keeping almost 277,000 students out of class.

Union leaders say the teachers won't return to work until they get a 5% raise.

The pay raise remains in legislative limbo. At the state capitol in Charleston, a conference committee has been appointed to resolve the differences between the state Senate and House.

It's not known when the committee will meet, so it's possible the strike could stretch out for days.

"We're playing with people's emotions, their livelihoods and it directly affects our students," said Christine Campbell of the American Federation of Teachers. "This is unprecedented. It's confusing and I think (teachers are) disheartened by the process."

West Virginia public teachers earn an average salary of about $45,000, making them among the lowest paid educators in the United States.

Gov. Jim Justice and the union leaders agreed earlier in the week that teachers and service personnel would receive a 5% pay raise.

However, that raise must be passed as a law, since West Virginia is not a collective bargaining state.

The bill quickly passed in the House Wednesday, but Senate lawmakers expressed concern about how the state will fund the raise.

Democrats say new revenue projections show the money is there and that a difference of one percent would amount to $13 million.

On Saturday, after hours of passionate argument and discussion by lawmakers, the state Senate passed a version of the bill that provides a 4% raise.

The House voted not to adopt the 4% version of the bill. With no agreement between the chambers, the conference committee was created.

Three members from the House and three from the Senate -- two Republicans and one Democrat -- were selected. The group will have three days to come to a decision about the bill.

A brief period of confusion occurred Saturday night after the Senate believed it had voted for the 4% raise. But a House version of the bill, which favored the higher pay raise, had somehow been entered into the Senate voting system and was approved by unsuspecting Senate members. When the error was discovered, the Senate corrected the mistake and re-voted for the lower pay raise.

Elizabeth Yost, a teacher from Mercer County, said she was not discouraged by the votes in the legislature.

"When the events unfolded from there, it was evident we have a representative government in the Senate that abused power last night," she said. "Today, my determination, and that of my colleagues, is stronger."