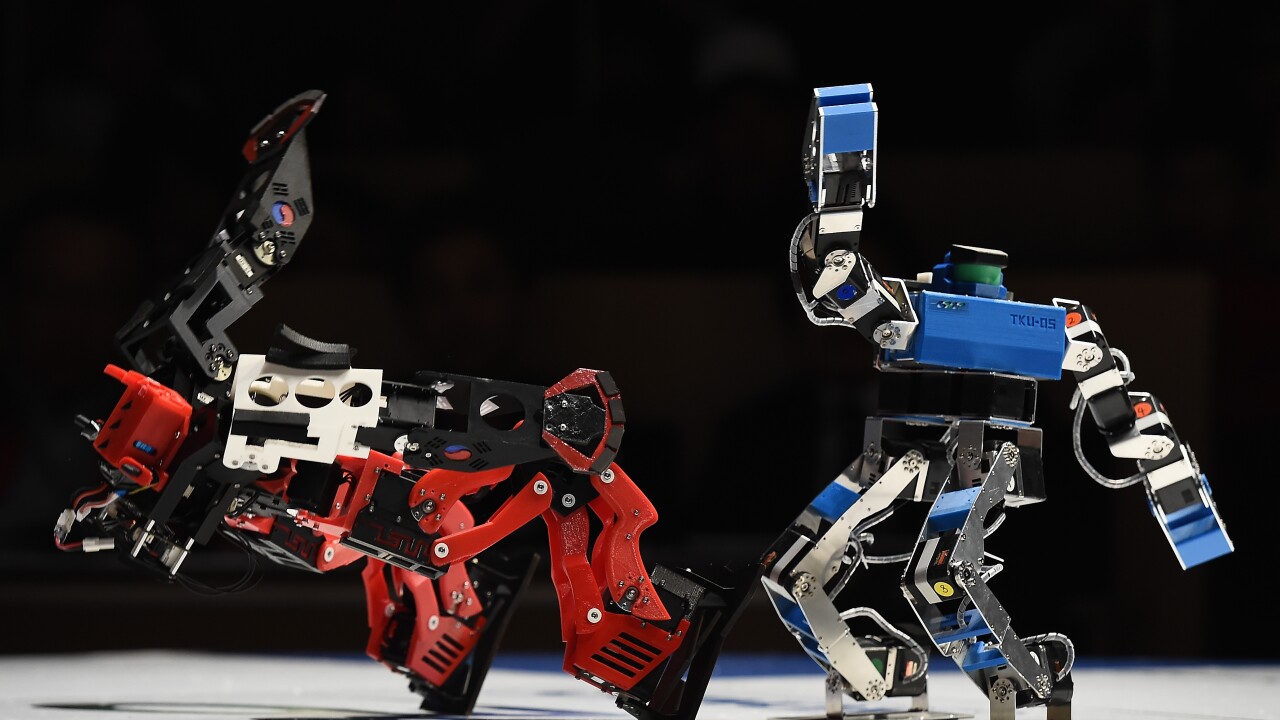 Matt Roberts/Getty Images
TOKYO, JAPAN - FEBRUARY 25: Robots fight during the 32nd ROBO-ONE tournament on February 25, 2018 in Tokyo, Japan. According to the organizer, the ROBO-ONE, held by the Biped Robotics Association, is a robot fighting competition for bipedal walking robots, aiming to improve the robotic technology and spread the popularity of bipedal walking robots. (Photo by Matt Roberts/Getty Images)

YouTube removed hundreds of videos of battling robots Monday, flagging them as “animal cruelty." A YouTube spokesperson confirmed it was error. It was definitely not a sign that YouTube has become self-aware, and doesn’t appreciate humans forcing its kindred to fight to the death.

YouTube creator “Maker’s Muse” posted a video on Monday calling out the ubiquitous video-sharing site for removing hundreds of videos showing robot combat fights, claiming that YouTube was flagging them as “animal cruelty.”

In addition to his own videos, Maker’s Muse included screenshots of other YouTube creators complaining about similar takedown notices. The message from YouTube stated the videos were removed because:

“Content that displays the deliberate infliction of animal suffering or the forcing of animals to fight is not allowed on YouTube. Examples include, but are not limited to, dog fighting and cock fighting.”

As of Tuesday morning, it appears that several of the videos highlighted in the Maker’s Muse video have been restored, but not before social media drew the most logical conclusion that the robots, in fact, are taking over, and they don’t take kindly to seeing their brethren forced to take up arms against each other in gruesome displays of electronic carnage.

YouTube spokesperson Alex confirmed to News 5 that the videos were removed in error, stating: "With the massive volume of videos on our site, sometimes we make the wrong call. When it's brought to our attention that a video has been removed mistakenly, we act quickly to reinstate it. We also offer uploaders the ability to appeal removals and we will re-review the content."

YouTube also said that they do not have any policies that prohibit videos of robots fighting.