Zoo animals still need to be fed despite government shutdown 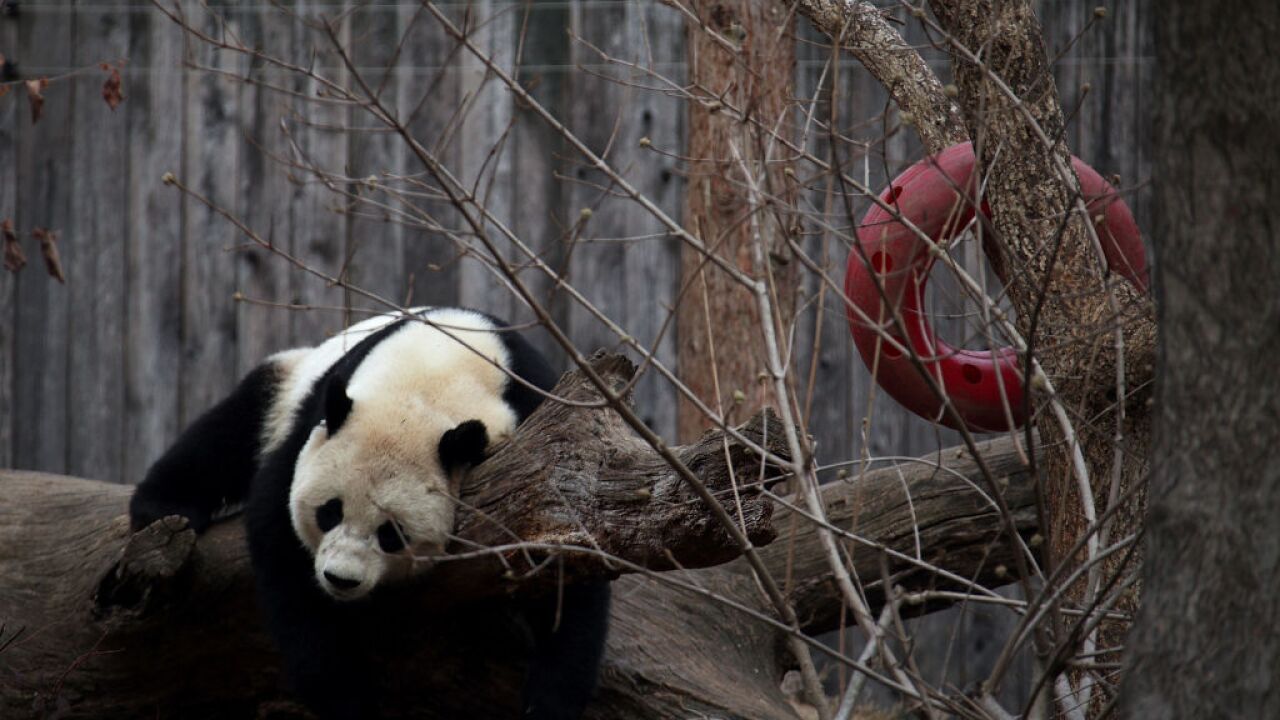 Alex Wong/Getty Images
WASHINGTON, DC - FEBRUARY 21: Giant panda Bao Bao plays in her outdoor habitat at the Smithsonian's National Zoo February 21, 2017 in Washington, DC. Bao Bao is departing for Chengdu, China this morning, as part of a cooperative breeding program between the National Zoo and the China Wildlife Conservation Association (CWCA). All cubs that were born in the zoo will be transferred to China when they turn four years old. Bao Bao will turn four on August 23, 2017. (Photo by Alex Wong/Getty Images)

The Washington National Zoological Park’s most famous residents still need to be fed, as do thousands of other animals, even as the facility closed its gates Wednesday.

The zoo is part of the Smithsonian network of museums, and all stayed open through New Year’s Day using pre-existing funds. That money has now been exhausted.

“We plan to maintain the current level of care for the animals, and that’s not going to change no matter what,” said National Zoo spokeswoman Annalisa Meyer.

There also are animal pregnancies to monitor and poop to be scooped.

That’s why more than half the 321 employees of the zoo and its associated Conservation Biology Institute will remain on the job.

The zoo, however, will remain closed to the public. On Wednesday, the normally bustling Connecticut Avenue gateway was locked tight. Just behind the fence, a statue of a giant panda that would normally be covered in climbing children sat alone and neglected. Meyer said the zoo’s animal care staff will use the downtime to conduct comprehensive medical checks on the animals.

The zoo also will be shutting down its four popular live animal cams showing the giant pandas, elephants, lions and naked mole-rats. Meyer said the livestreams don’t really need federal employees to run them on a daily basis but still “require federal resources.”

The panda streams, in particular, are one of the zoo’s signature attractions, and the naked mole-rat cam unexpectedly became riveting viewing in recent months amid a bloody battle for supremacy that killed four of the wrinkly rodents before a new queen was established.

The partial government shutdown began on Dec. 22. President Donald Trump’s demand for money for a border wall with Mexico has been the sticking point in passing funding bills for several government departments. Trump said Wednesday that the shutdown will last “as long as it takes.”

The zoo and the Smithsonian network maintain an unusual relationship with the federal government. They are technically part of the Department of the Interior, and the zoo receives about 70 percent of its operating budget from federal appropriations. But they are run by their own Board of Regents, and Smithsonian spokeswoman Linda St. Thomas characterized the network as “quasi-federal.”

A similar arrangement governs the Kennedy Center, which is cutting back its public visitation hours but still planning to host its scheduled concerts and performances. Kennedy Center spokeswoman Michelle Pendoley deadpanned: “The show must go on.”

With no imminent signs that the shutdown will end soon, Washington’s tourism officials are working to ensure that tourists don’t cancel their trips entirely. The mayor’s office and Washington’s tourism bureau have released a list of private museums and off-the-beaten-path attractions for visitors, including the Newseum, the National Museum of Women in the Arts, the Museum of the Bible, Ford’s Theatre and DAR Constitution Hall.

“We know that federal government shutdowns cause many disruptions for both residents and visitors, but we want to remind everyone that while the federal government might be closed, D.C. is open for business,” said Mayor Muriel Bowser.