No. 8 Ohio State tries for another victory at Michigan State 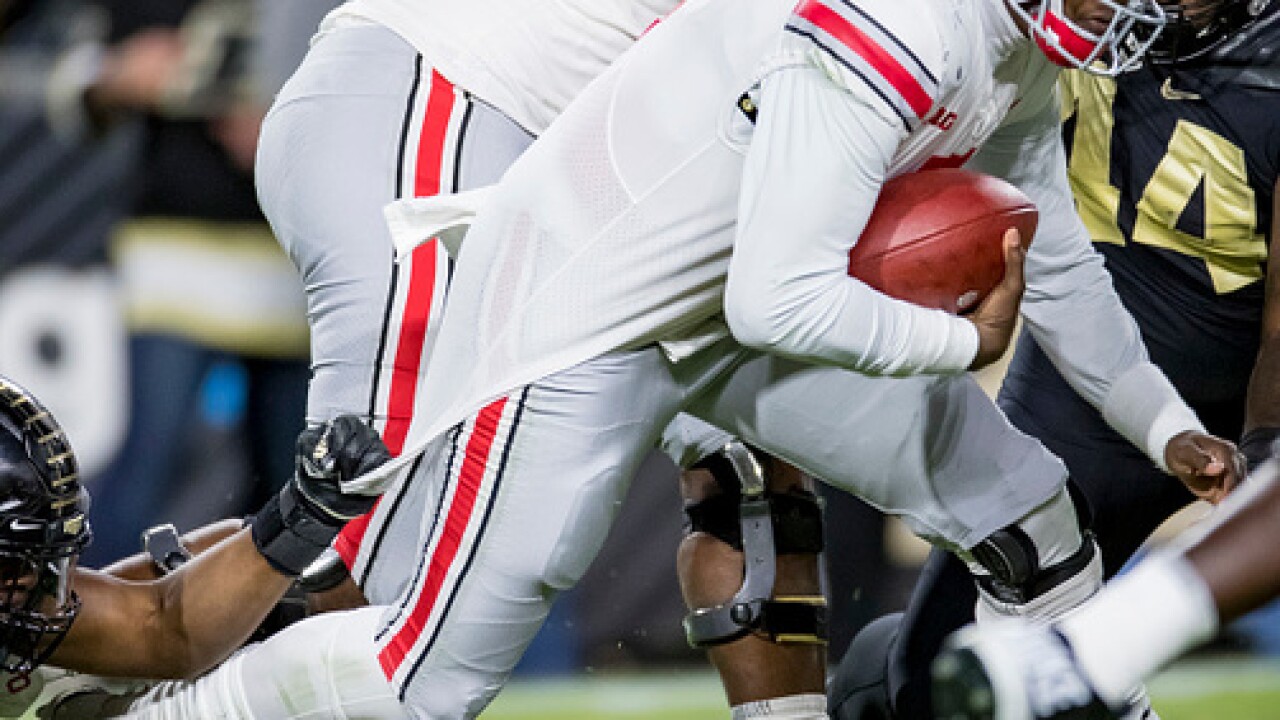 Copyright 2018 Scripps Media, Inc. All rights reserved. This material may not be published, broadcast, rewritten, or redistributed.
Michael Hickey
<p>WEST LAFAYETTE, IN - OCTOBER 20: Dwayne Haskins #7 of the Ohio State Buckeyes tries to escape the sack during the game against the Purdue Boilermakers at Ross-Ade Stadium on October 20, 2018 in West Lafayette, Indiana. (Photo by Michael Hickey/Getty Images)</p>

Ohio State is still on course for a season-ending showdown with Michigan that could decide the division title, but the Buckeyes first have to deal with a Michigan State team that has given them problems in recent years. A win this weekend would improve the Spartans’ chances at a berth in the Rose Bowl.

Ohio State QB Dwayne Haskins vs. Michigan State’s secondary. The Spartans have the nation’s No. 1 run defense, but they’ll need to figure out how to contain Haskins, who has already surpassed 3,000 yards passing on the season and is completing 70 percent of his attempts.

Ohio State: RBs J.K. Dobbins and Mike Weber. Dobbins and Weber have both run for over 600 yards on the season, so the Buckeyes have options when they want to test Michigan State’s run defense.

Michigan State: QBs Brian Lewerke and Rocky Lombardi. Lewerke has been the starter most of the season, including last weekend against Maryland, but he’s dealt with an injured shoulder, and Lombardi has been capable in relief. Coach Mark Dantonio stood by Lewerke as the starter this week.