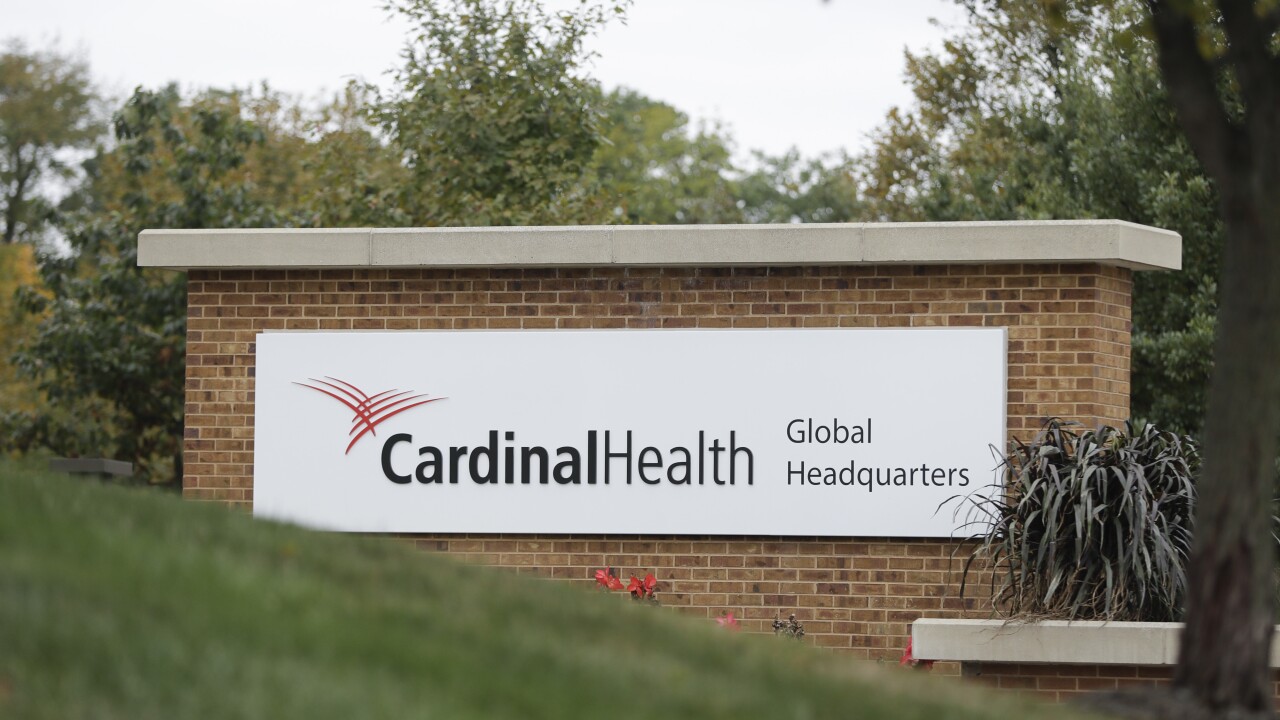 Darron Cummings/AP
A sign is displayed at the Cardinal Health, Inc. corporate office Wednesday, Oct. 16, 2019, in Dublin, Ohio. Shares of big drug distributors soared Wednesday on word of a potential settlement ahead of the first federal trial over the opioid crisis. Two people with knowledge of the negotiations, which have lasted months, confirmed to The Associated Press that McKesson Corp., AmerisourceBergen Corp., and Cardinal Health, Inc., have offered $18 billion over 18 years to settle more than 2,000 lawsuits across the country. (AP Photo/Darron Cummings)

CLEVELAND (AP) — Jury selection for a federal trial on the toll of opioids has resumed even as major drug distributors and manufacturers press for a settlement of the lawsuit and more than 2,000 others.

For the second day in a row Thursday, the judge overseeing the case in Cleveland denied requests from defense lawyers to delay the trial and forged ahead with jury selection.

The latest motion to push back the trial came because of fears the jury pool could be tainted by reports that five companies had in place a structure for a settlement that could be worth $50 billion over time.

The companies are negotiating with state attorneys general as jury selection is expected to wrap up on Thursday in the first federal trial over an overdose epidemic that has claimed more than 400,000 American lives in the past two decades. Arguments are scheduled to begin Monday against some of the biggest names in the pharmaceutical industry unless they can strike a deal.

A source familiar with the negotiations described the outlines of a tentative nationwide settlement as worth tens of billions of dollars. The talks involve the distributors AmerisourceBergen, Cardinal Health and McKesson, as well as drug makers Johnson & Johnson and Teva.

Arguments on the claims brought by Ohio’s Cuyahoga and Summit counties are scheduled to start Monday.