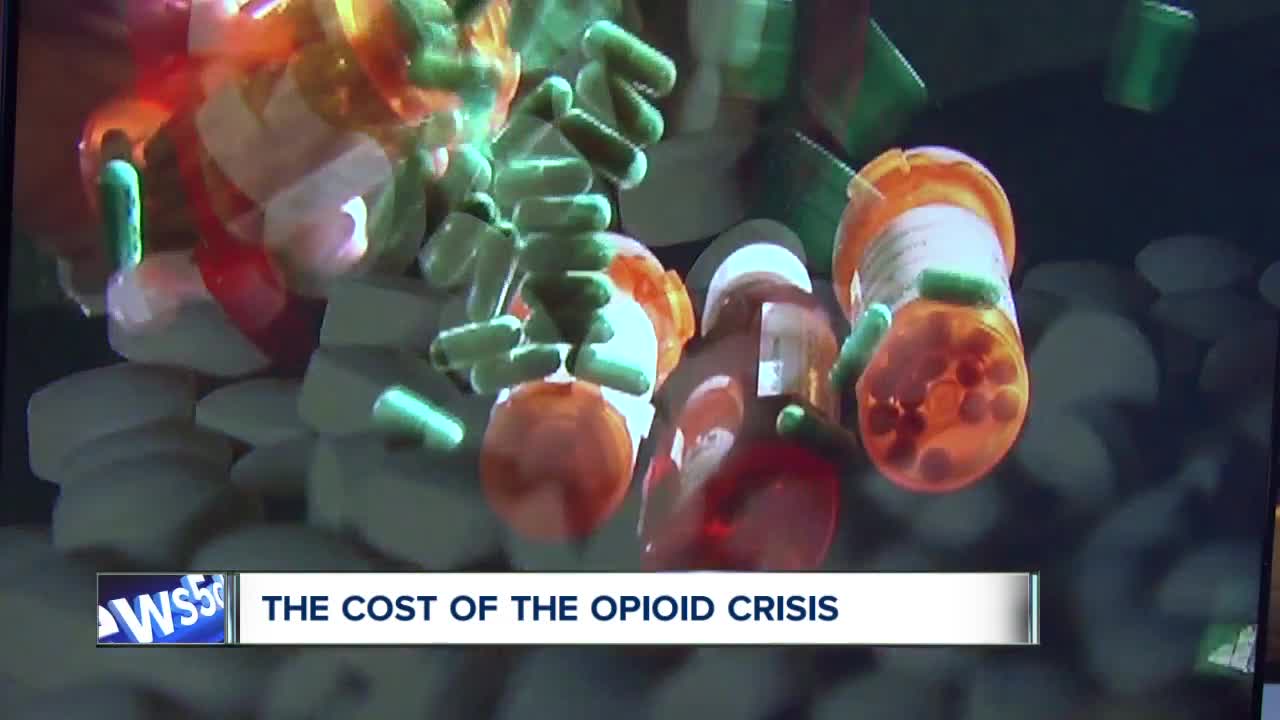 Summit County officials are working with a sense of urgency to assemble a task force to oversee how to spend millions of settlement dollars from drug companies which have been blamed for contributing to the opioid epidemic.

AKRON, Ohio — Summit County officials are working with a sense of urgency to assemble a task force to oversee how to spend millions of settlement dollars from drug companies which have been blamed for contributing to the opioid epidemic.

"We want people who have read the data, who have been intentional at looking at research and who understand what Summit County offers and how to best use these dollars to leverage success into the future because it's one-time money," Johnson said.

Shapiro also met with Governor Mike DeWine on Wednesday in Columbus to discuss the settlements reached and possible future settlements.

Eight drug companies have settled with Summit and Cuyahoga counties in recent weeks.

Four of the deals were reached on Monday, hours before a federal trial was scheduled to begin in Cleveland. Teva will pay $20 million in cash and provide $25 million wroth of addiction treatment drugs to the two counties. AmerisourceBergen, Cardinal Health and McKesson will pay a combined $215 million in cash. Summit and Cuyahoga will split the settlements at 38% and 62% respectively.

Johnson estimated $10 million has already been received from settlements reached prior to this week.

Money from Monday's settlements will be received in payments to the county this year, 2020 and 2021. The cash isn't expected to be dispersed until next year.

"We're working feverishly towards that. We know that we need to get this money reinvested into the community as soon as possible," Johnson said.

The OAAC will be charged with recommending programming to address four priority areas: treatment, harm reduction, system coordination and evidence-based prevention and education.

Bernie Rochford, the executive vice president of Oriana House, said the settlements are significant, but can't erase the heavy toll left by the epidemic.

"I don't know that it makes us whole by any stretch, and that's not even talking about the devastation to the families and what they've gone through," Rochford said.

Rochford isn't sure if Oriana House will receive any of the funds, but if it does, money would likely be used to buy more of the overdose-reversing drug Naloxone as well as more products for medications assisting treatment to help those with opiate use disorder.

"Funding is helpful for that especially those that aren't on medicaid or private insurance," Rochford added.

Monter, who said he's in long-term recovery, believes the settlement money should be prioritized towards expanding recovery and closing gaps in stabilized housing.

"It's a huge need," he said. "People might have to wait a couple of days to get into a treatment program because there aren't any beds available. Where do they go? If they're living in a volatile environment, where are they going to go?"