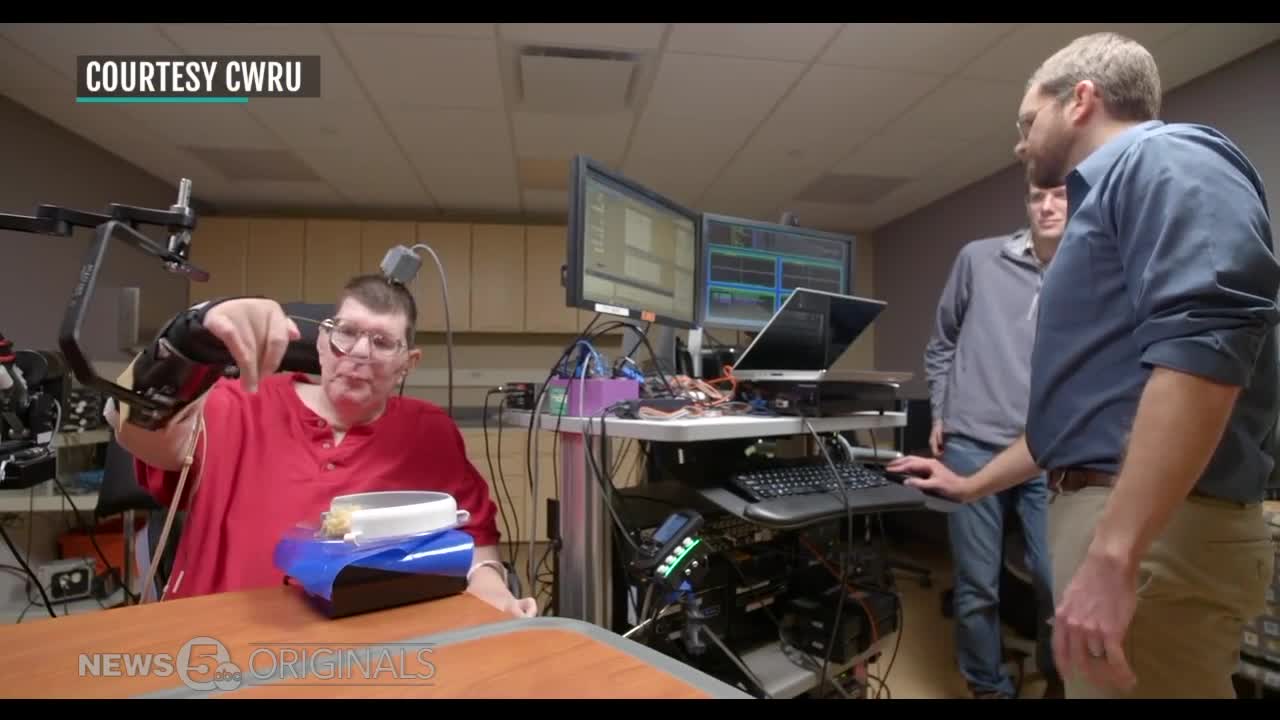 Cleveland doctor works to save limbs from amputation

CLEVELAND — A groundbreaking clinical trial is starting in Cleveland soon, and researchers are currently looking for participants.

The program is called ReHAB — which stands for “Reconnecting the Hand and Arm to the Brain.”

Essentially, they are giving people who are paralyzed the ability to move again.

The research is led by Dr. Robert Kirsch and Dr. Bolu Ajiboye of Case Western Reserve University, who focus on patients with spinal cord injuries.

The pair also conducts research at the Cleveland Functional Electrical Stimulation (FES) Center that is located inside the VA hospital.

The ReHAB project recently received a $3 million grant from the Department of Defense and is a partnership between FES, Case Western Reserve University and University Hospitals.

“What we do uniquely, that nobody else does, is we actually are connecting the brain to the body,” Kirsch said.

It is extremely complicated, of course, but to explain it simply, this is how they do it:

Every time you do a different movement, your brain sends a distinct pattern of signals. The researchers are inserting small electrodes into the brain, sometimes up to a hundred, to record those patterns.

“And we can tell by analyzing those signals what the person is attempting to do, and we stimulate the muscles to do that,” Kirsch said. “It’s as if we are reconnecting their brain to their arm.”

The goal is to give people who are paralyzed movement back — and along with that, their independence and confidence.

“I personally work on this type of technology because I feel like it really has a potential to impact peoples lives on a personal level,” Ajiboye said.

The team is currently looking for 12 people to join their clinical trial — people from the Cleveland area who suffer from chronic paralysis.

After several years of trials, they will began to expand it and the hope is that someday, the technology is something that can become widely available.