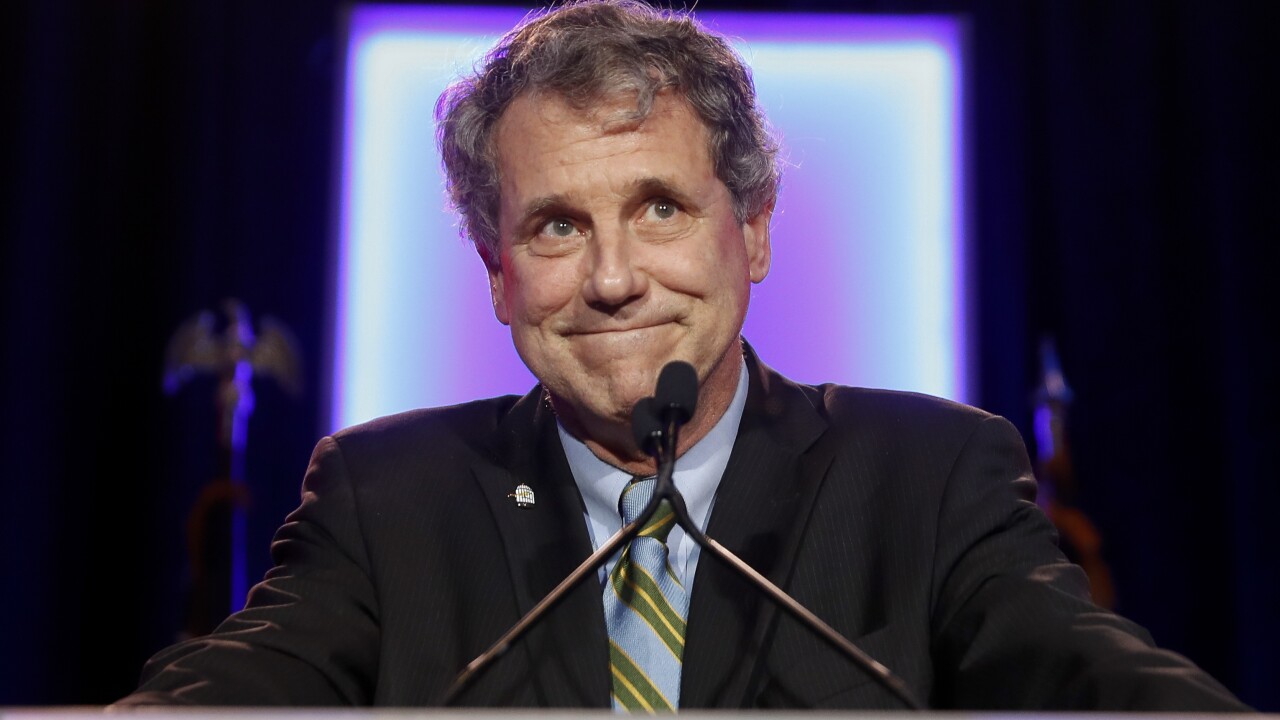 (Copyright 2020 The Associated Press. All rights reserved. This material may not be published, broadcast, rewritten or redistributed.)
John Minchillo/AP
FILE - In this Nov. 6, 2018, file photo, Sen. Sherrod Brown, D-Ohio, speaks to supporters after winning re-election during the Democratic election night party in Columbus, Ohio. Brown plans an online town hall Sunday, Dec. 16 as he considers running for president in 2020. (AP Photo/John Minchillo, File)

CLEVELAND — Supporters of Ohio’s Democratic U.S. senator have launched a “Committee to Draft Sherrod Brown” for a 2020 presidential run.

Cleveland attorney Michael Wager and Dayton Mayor Nan Whaley are heading the effort, which they say will promote Brown’s messages on economic growth and “the dignity of work.” Community events and digital organizing are also planned and a website is up.

Brown of Cleveland won a third term in November in an election that stood out in Ohio amid sweeping Republican successes in a state that Republican President Donald Trump carried in 2016. Brown says his victory showed Democrats can win by fighting for workers without compromising progressive values, although he hasn’t made a decision on 2020.

Brown is among dozens of Democrats who are considered possible 2020 candidates.