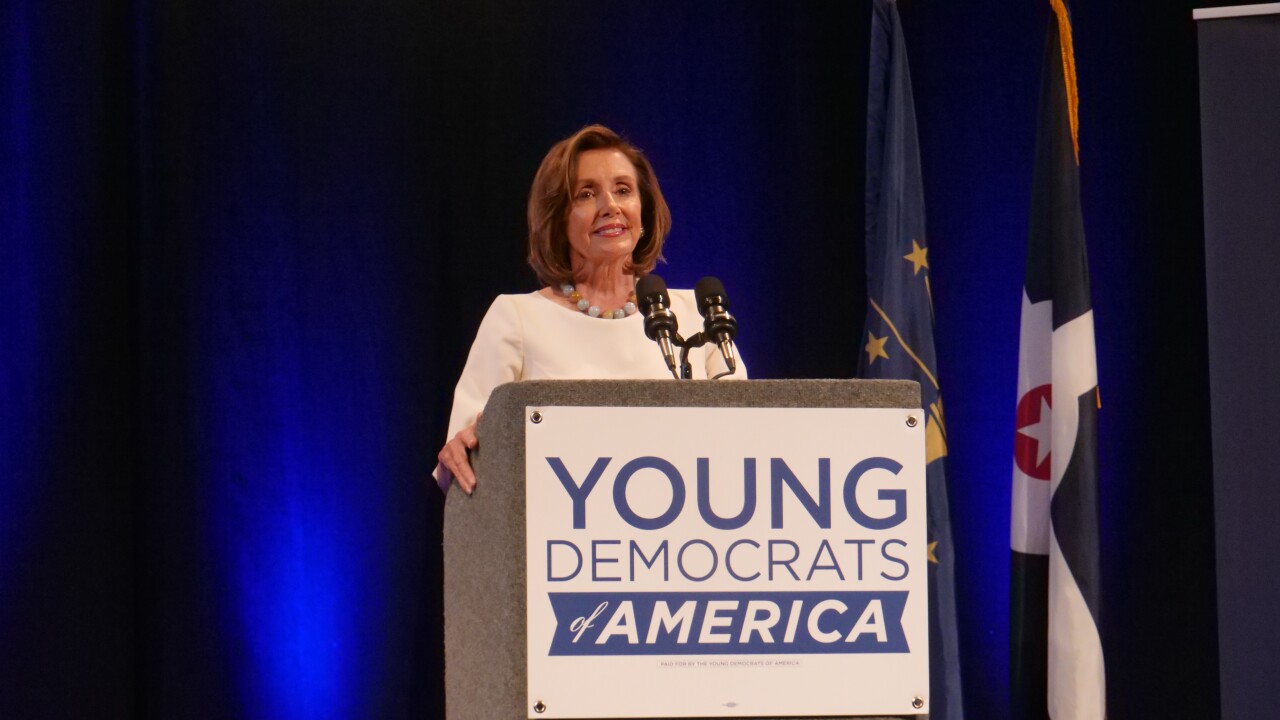 INDIANAPOLIS — In her speech Friday night at the Young Democrats of America convention, House Speaker Nancy Pelosi praised the past ideals and current policies of the Democratic Party.

She praised the party’s history on the 50th anniversary of the moon landing.

But she also touted the diversity of the current House Democratic Caucus, which she said is 60% women, people of color and LGBT.

“Our diversity is our strength,” she said.

Pelosi then went into more detail about the party’s current efforts in Congress, starting with the recent passage of an increase of the federal minimum wage to $15 per hour.

Both Democratic representatives from Indiana voted in favor of the proposal, but it is very unlikely to pass the Senate.

She discussed what other things House Democrats are working on in Congress, such as net neutrality, gun violence prevention and climate change.

“We legislate, we investigate, and we litigate,” she said. “And we will hold the president accountable.”

She ended the speech by returning to the past, quoting Thomas Paine, one of the country’s founding fathers.

Michael Joyce, the spokesperson of the Republican National Committee, accused Pelosi of refusing to act on “anything Hoosiers want to see accomplished in Washington.”

“Pelosi’s turbulent tenure as Speaker has allowed the socialist squad to takeover driving the message for the Democrats, and they’re currently driving their party off a cliff to a path of irrelevancy come 2020,” Joyce said.

This article was originally published by WRTV.