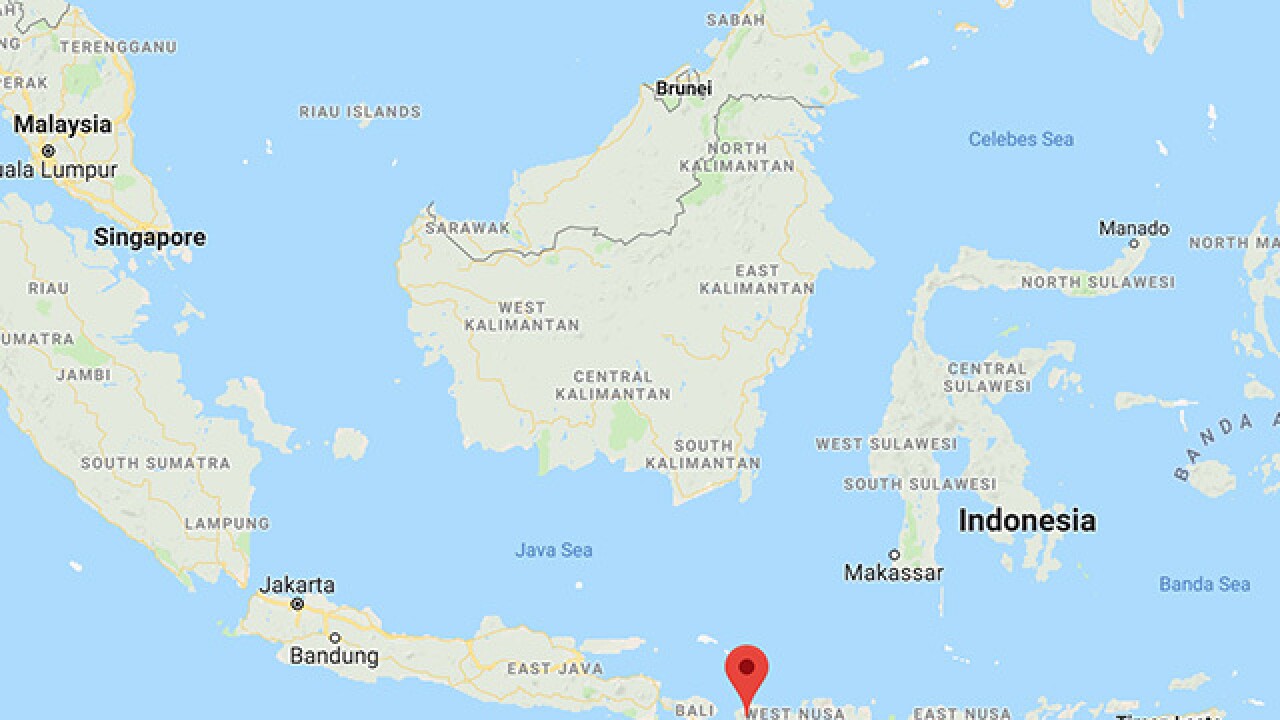 Copyright 2018 Scripps Media, Inc. All rights reserved. This material may not be published, broadcast, rewritten, or redistributed.
<p>The Indonesian island of Lombok.</p>

A strong earthquake struck Indonesia’s popular tourist island of Lombok on Sunday, triggering a tsunami warning, one week after another quake in the same area killed more than a dozen people.

There were no immediate reports of casualties, but authorities said the quake might have caused some damage.

The U.S. Geological Survey said the magnitude 7.0 quake struck early Sunday evening at a depth of 10.5 kilometers (6 miles). Its epicenter was about 2 kilometers (1 mile) east-southeast of Loloan.

He said the quake was also felt in parts of neighboring Bali island.

Like Bali, Lombok is known for pristine beaches and mountains. Hotels and other buildings in both locations are not allowed to exceed the height of coconut trees.

Indonesia is prone to earthquakes due to its location on the Pacific “Ring of Fire,” an arc of volcanoes and fault lines in the Pacific Basin. In December 2004, a massive magnitude 9.1 earthquake off Sumatra triggered a tsunami that killed 230,000 people in a dozen countries.