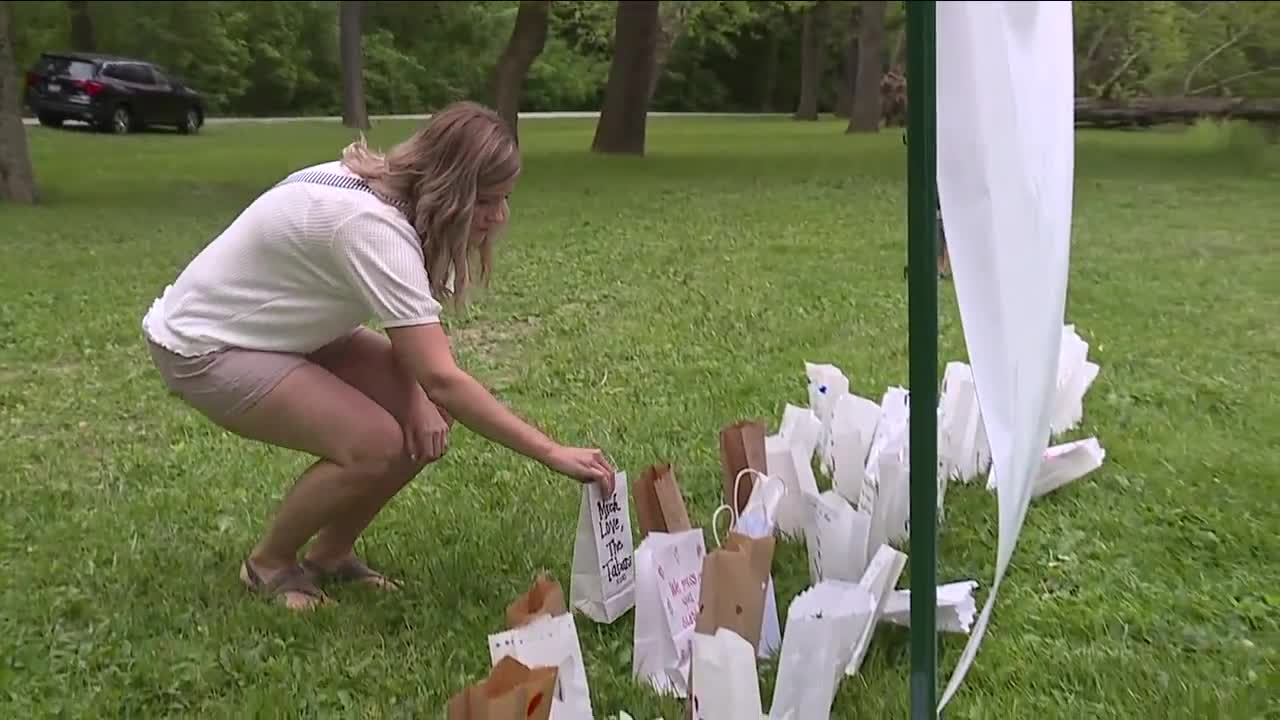 One year ago, Carnell Sledge and Katherine Brown were shot and killed in a horrific double murder in the Rocky River Reservation. Their friends and families still hope that tips from the community can solve the crime and bring much-needed closure. 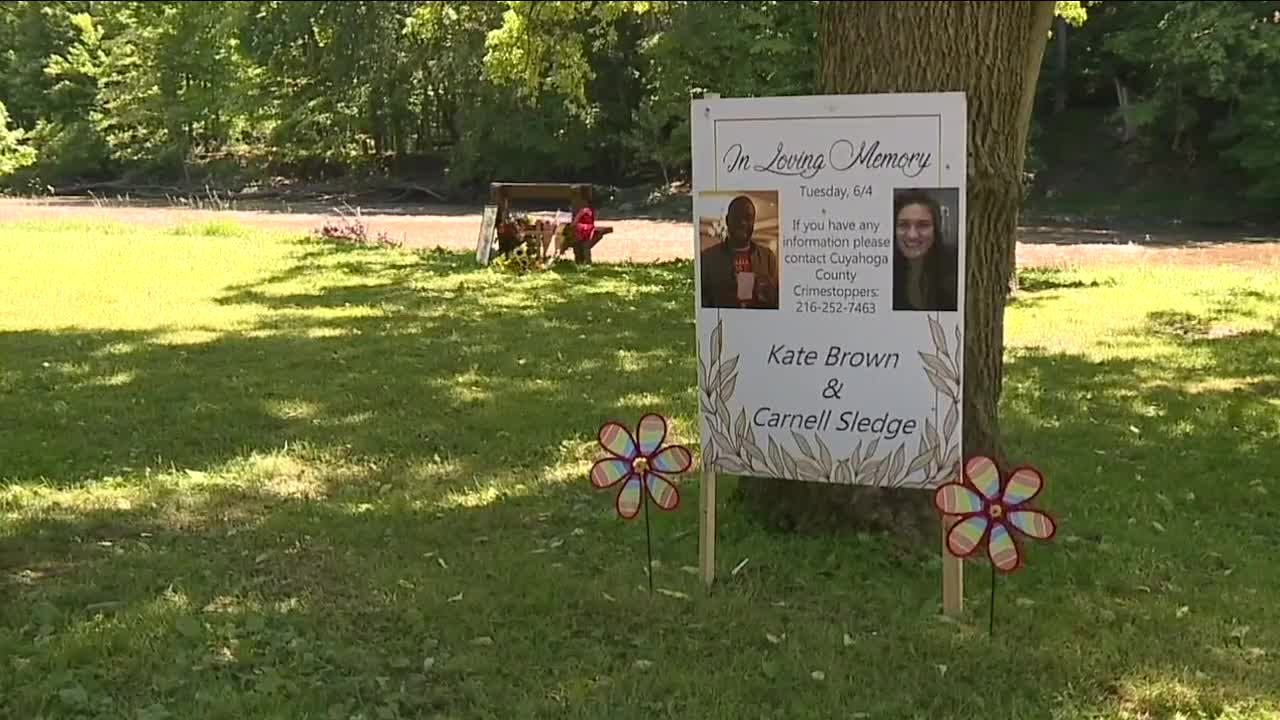 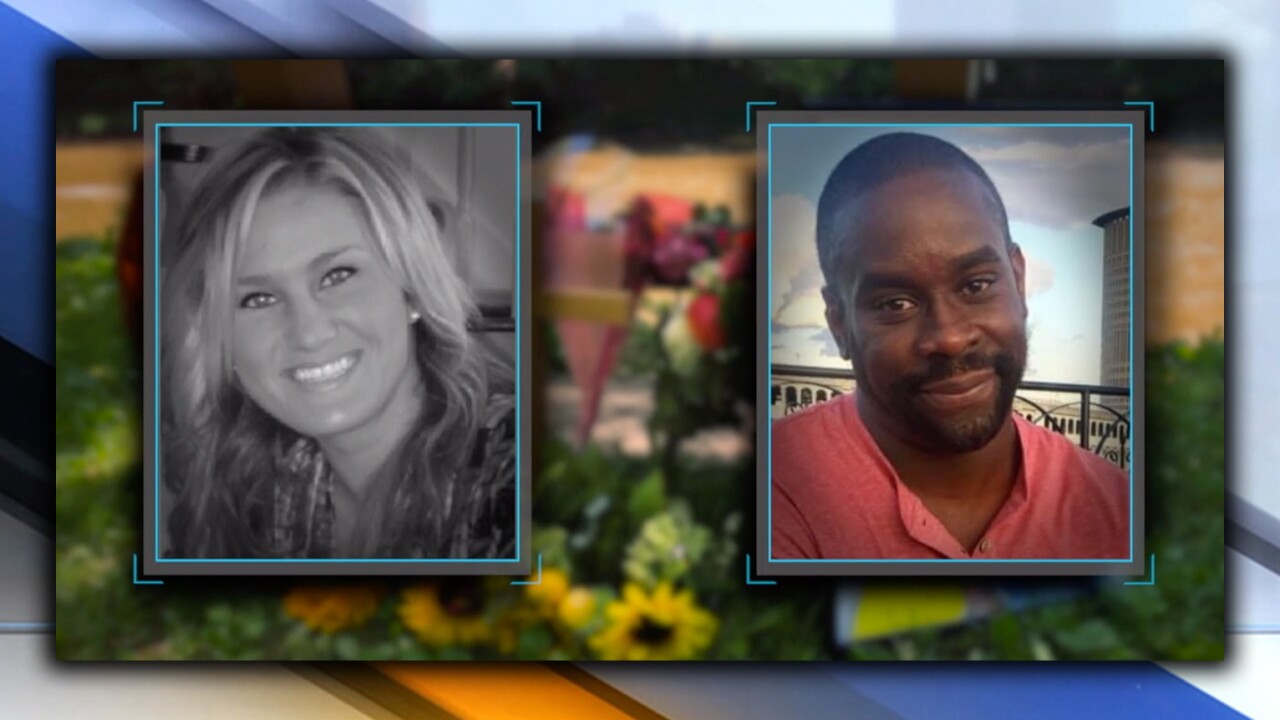 ROCKY RIVER, Ohio — Thursday marks one year since Carnell Sledge, 40, and Katherine Brown, 30, were shot and killed in a horrific double homicide in the Rocky River Reservation. Their friends and families still hope that tips from the community can solve the crime and mete out justice.

It happened just after 5 p.m. on June 4 in a parking lot north of the Lorain Road Bridge in in the park.

According to authorities, Sledge and Brown arrived at the parking lot around 5:04 p.m., got out of their cars and sat down together on a nearby bench.

Sometime between 5:08 and 5:15 p.m. an unknown person approached the two and shot both of them. Brown’s body was found in the water. She had been shot once in the head. Sledge was found on the ground nearby. He had been shot multiple times in the head, authorities said.

Bodies of man and woman found at Rocky River Reservation

Just minutes later, at 5:18 p.m., two kayakers found their bodies and called 911. Despite the location being in a high-traffic area for both cars and people walking through, the shooter slipped away unnoticed, and there were no known witnesses to the crime.

To this day, the person responsible for the killings hasn’t been found.

Who were Carnell Sledge and Katherine Brown?

A friend of Sledge told News 5 last year that Sledge was someone who “believed in helping people.”

Sledge worked for Applewood Centers in Cleveland, which is a nonprofit that provides healthcare and out-of-home services to children. He was passionate about working with children with disabilities. Sledge also assisted with special education classes in the Westlake City School District from 2013 to 2018.

“There’s going to be an empty hole in a lot of lives,” the friend said. “And all the people that he helped, especially the kids that don’t understand what happened, they’re used to seeing him every week at camps and he’s not there anymore. How do you explain that?”

According to authorities, Sledge and Brown were friends who knew each other for more than a decade.

Brown's father said his daughter was his hero and the rock of the family.

"Kate struggled, she had a few demons. She was two years sober. In fact, she had just gotten the coin a couple weeks ago before this happened. She had gotten on a health kick, lost over 100 pounds. She was at the top of her game. She was enjoying life," Brown’s father Tom said earlier this year.

The FBI joins the case

FBI Special Agent in Charge Eric Smith said the agency joined the case because it was such a heinous and violent crime in a public area.

"We have no reason to believe it was random, but we do not know if it was targeted," Smith said last year. "Someone did this in a very brazen way, a very specific way."

Even a year later, the case remains active with the FBI.

“We routinely investigate cases over long periods of time we will never forget. We will pursue it as if the crime occurred yesterday," Smith said.

Special Agent Vicki Anderson said the bureau has already investigated hundreds of tips and continues to work the case.

“It’s very frustrating, but the law enforcement team continues to work on this daily,” Anderson said.

In the days immediately following the killings, Metroparks Chief Ranger Katherine Dolan said her agency believed the crime to be an isolated incident, with the “overall safety of the parks” not in question. Prior to that day, the last homicide that occurred in the park was more than 20 years ago.

The killings left some park-goers weary and concerned in the days that followed, especially for those who used the trails almost daily.

A makeshift memorial was created at the site where Sledge and Brown were killed, but the thought of knowing the killer was still out there somewhere prevented some visitors from stopping at the memorial to pay their respects.

"I drove by [the memorial] twice and nobody was stopped here. I didn’t want to get out and stop by myself. Nobody knows what happened here. Until [authorities] figure it out I won’t be coming down here walking by myself anymore,” a park visitor told News 5 last year. “It’s scary. I want to be able to access the parks. I want my son to be able to come down here and ride his bike without fear. Until they know what happened, I can’t let him come down here by himself.”

The FBI initially offered a $20,000 reward for information leading to the arrest and conviction of the person responsible for the homicides.

Within four months, that amount increased to $30,000 when the FBI raised it by $5,000 and Crime Stoppers of Cuyahoga County pitched in another $5,000.

“Our family’s lives were changed forever the moment we learned our beloved Kate was brutally murdered. We wake up every day not only ridden with grief but constantly questioning how and why two wonderful people had been gunned down,” said Brown’s sister, Alex. "Our family has pledged to keep Kate and Carnell’s story alive until the person or persons responsible are brought to justice.”

While the tips and leads that have come in haven’t led to the killer yet, Brown’s family, as well as the FBI, hope the reward money, the promise of anonymity, and a plea for help does.

“Just give us that call. You don’t have to tell us who you are. We can arrange for you to get paid the reward money if it leads to the successful identification and we would never identify your identity to the public,” Anderson said.

Family members and friends gathered at the site of the murder on Thursday, June 4, 2020, placing luminaries in the area in honor of Sledge and Brown.

Peter Zuban said it had been a tough year without his sister-in-law, Brown.

"It’s been 365 days of grueling agony and not knowing is painful," Zuban.

Zuban described Brown as someone who was full of love, with an infectious laugh.

"She was very family-oriented. Family was everything," Zuban said. "She loved her niece and nephews like they were her own children. She would come with the best gifts, she would always come with a special treat and we called her Titi. And Titi was loved and loved and loved by all of her people around her."

He added that she was an animal lover, an incredible writer and "she was a beautiful soul."

Sledge's family misses him terribly, too.

"We miss his love, compassion," Taneka Glass, his first cousin, said. "He always was family-oriented."

She said he was a good person.

"You know, we say that over and over, and we miss him tremendously," Glass said, adding that what keeps her family going is God.

For these grieving families, trying to make sense of a world without Sledge and Brown, it's been an entire year without answers.

"Birthdays. Holidays are rough, holidays are brutal," Zuban said. "Memories, laughter, vacations, you know. Seeing her nephew graduate kindergarten, seeing her niece go to school and it’s just, she’s missed every day, and she’s with us every day but she’s very much missed every day."

"Last year when we [were] going through all of this, it was sad, it was a sad moment," Glass said. "Losing him and Kate. Nobody deserved to go that way. Nobody."

Glass said that despite the reward offered, she didn't feel like police or the FBI were still "putting in the effort."

"You know, they stopped calling the family," Glass said. "We pretty much don’t know anything. They took the signs down here in the park."

Glass said she feels Sledge and Brown's deaths were motivated by racism. She's worried this could become a cold case.

"I really believe somebody did see it, and I just pray that they do come forward, and to be able to bring us justice and peace," Glass said.

He said with the reward money being increased, the family was hopeful someone would come forward and give both families closure and justice.

At a time when the world is full of uncertainty, Zuban said the way to honor Sledge and Brown is to spread love.

"You could talk to anybody that knew the both of them and they will all tell you that [you] would hard-pressed to find two people that loved as much as they did, so please, spread love," Zuban said.

How you can help