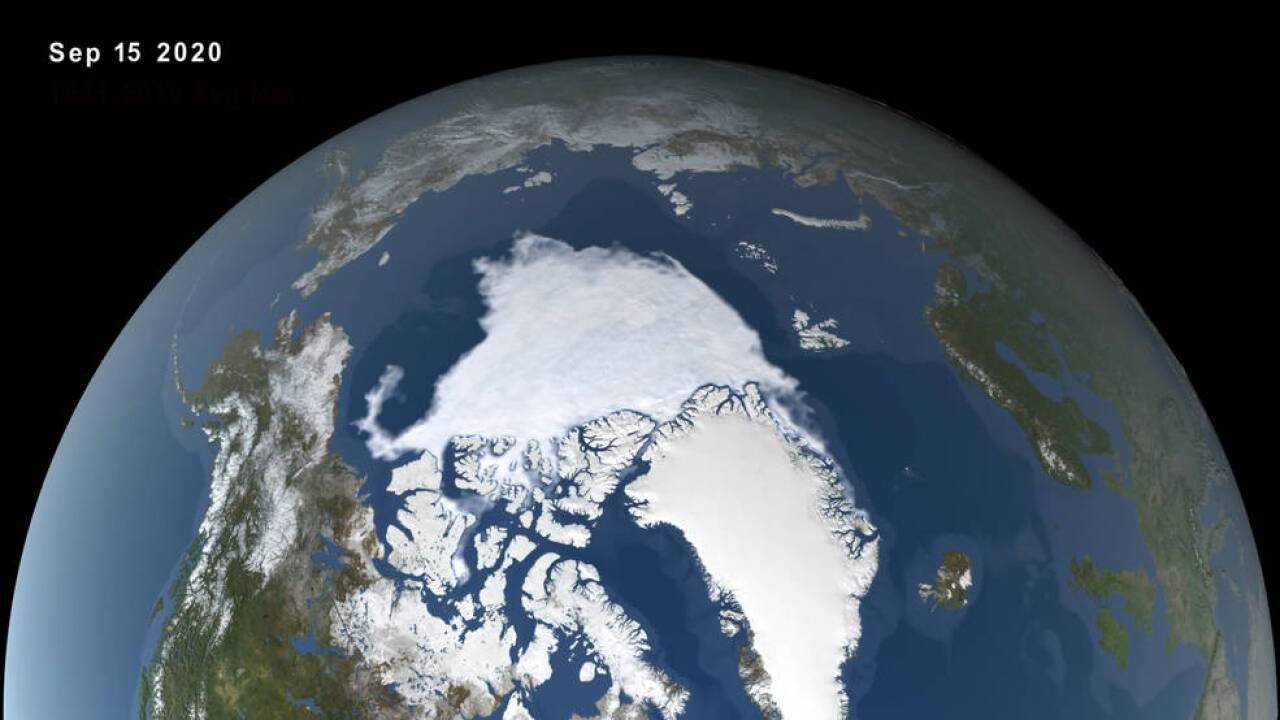 The ice began to melt in earnest as Siberia was an estimated 14 to 18 degrees above normal during the spring.

“It was just really warm in the Arctic this year, and the melt seasons have been starting earlier and earlier,” said Nathan Kurtz, a sea ice scientist at NASA’s Goddard Space Flight Center in Greenbelt, Maryland. “The earlier the melt season starts, the more ice you generally lose.”

The white color of ice causes sunlight to be reflected. But when the ice melts, the ground absorbs more sunlight, which causes the earth to heat up.

2020 marked only the second time on record that the minimum sea ice dropped below 1.5 million square miles.

“As the sea ice cover extent declines, what we’re seeing is we’re continuing to lose that multiyear ice,” said Mark Serreze, director of National Snow and Ice Data Center. “The ice is shrinking in the summer, but it’s also getting thinner. You’re losing extent, and you’re losing the thick ice as well. It’s a double whammy.”