2 in Thunderbirds jet accident in Dayton are in good condition, air show will take place as planned 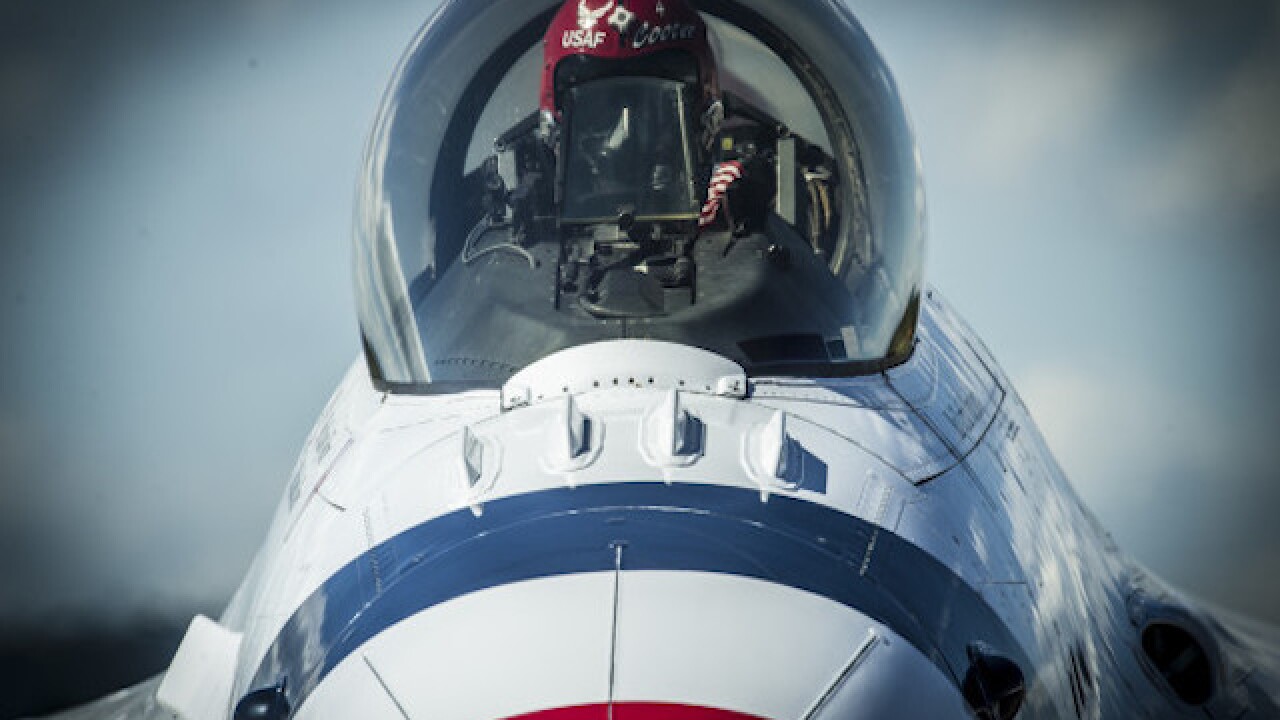 A Thunderbirds Air Force jet went off a runway and overturned Friday during preparations for an Ohio air show, injuring the pilot and causing the team's performances to be cancelled on both days of the event.

Lt. Col. Jason Heard, commander of the Thunderbirds, said a safety board will determine the cause of the “mishap” that occurred upon landing around 12:30 p.m. Friday at Dayton International Airport. The plane sustained some damage as it overturned, but Heard didn’t provide any details of the damage.

Both were in good condition Friday after being treated at a hospital.

Heard said the crew of the F-16D Fighting Falcon was doing a routine advance flight at the Vectren Dayton Air Show site that is done to familiarize staff with it and the team’s mission so they can fully explain it to the public. That jet wasn’t scheduled to perform in the two-day show.

Organizers of the air show say it will go on as planned Saturday and Sunday, but the Thunderbirds have decided not to fly in Saturday’s show.

There was rain Friday, but Air Force pilots land in rain “all the time,” Heard said.

He said Gonsalves is an experienced pilot.

“They were very brave throughout, and they assisted in their own recovery,” Heard said of the two team members.

Extracting the two men from the plane took about two hours, Heard said.

Heard said they had to assess the readiness of the entire team in making the decision not to fly Saturday.

“Crowd safety and the safety of our teammates is always our priority,” he said.

It wasn’t immediately known if they will fly on Sunday.

The 43rd annual show will include a U.S. Navy F/A-18 Super Hornet, an F-35 Lightning II and the Misty Blues All Woman Skydiving Team. It also will commemorate the 75th anniversary of the Doolittle Tokyo Raid in World War II.