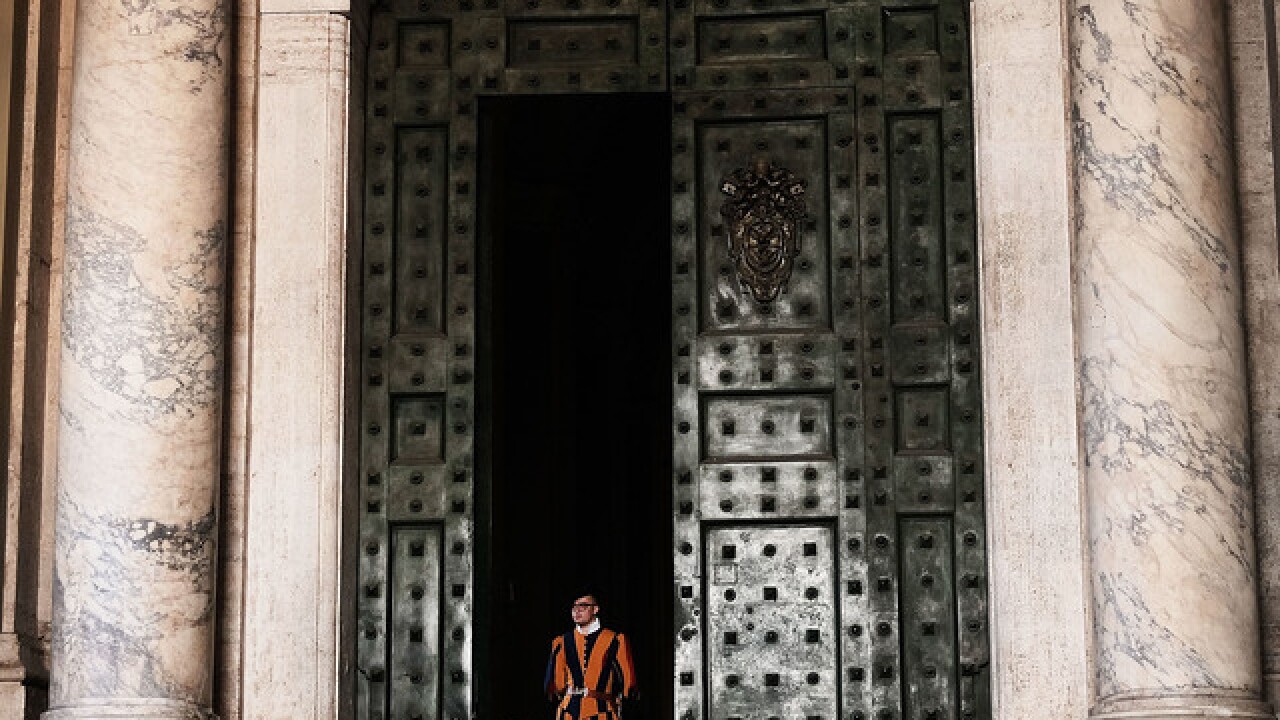 Copyright 2018 Scripps Media, Inc. All rights reserved. This material may not be published, broadcast, rewritten, or redistributed.
Spencer Platt
<p>Tensions in the Vatican are high following accusations that Pope Francis covered up for an American ex-cardinal accused of sexual misconduct. Archbishop Carlo Maria Vigano, a member of the conservative movement in the church, made the allegations and has called for Pope Francis to resign. Many Vatican insiders see the dispute as an outgrowth of the growing tension between the left leaning Pope and the more conservative and anti-homosexual faction of the Catholic Church. (Photo by Spencer Platt/Getty Images)</p>

A second Roman Catholic Diocese in Ohio plans by the end of October to release its list of priests who have been removed from parishes because of sexual abuse and misconduct allegations, The Associated Press has learned.

The decision by the Steubenville diocese, the smallest in Ohio with 34,000 members, comes in the wake of the Pennsylvania grand jury report that listed the names of more than 300 priests and outlined the details of sexual abuse allegations.

Steubenville diocesan officials and attorneys will review files dating back to its formation in 1944, spokesman Dino Orsatti said. He estimated that a list would include 12 to 20 names.

Other dioceses in the state said they have previously released the names of priests who have been removed from ministry although it’s not clear how far back those lists reach.

Orsatti said Tuesday that Bishop Jeffrey Monforton wants the list released in the interest of transparency and accountability.

“He would welcome any investigation like the one in Pennsylvania,” Orsatti said.

The U.S. Catholic Conference of Bishops approved a zero-tolerance policy called the Charter for the Protection of Children and Young People in 2002 in the midst of a national scandal over the church’s failure to address and, in some cases cover up, sexual abuse and misconduct by priests. The policy requires dioceses to alert authorities when they learned of abuse allegations, conduct their own investigations and remove accused priests from their duties during such reviews.

The Youngstown diocese announced in early September that it would release a comprehensive list following the release of the Pennsylvania report.

Youngstown broke off from the much larger Cleveland diocese in 1943. Monsignor John Zuraw has told the AP that while names of priests have been made public over the years, there has never been a complete list released. Youngstown Bishop George Murry believes there is a need for transparency within the church and wants to “assure the people of God that no one’s in harm’s way,” Zuraw said.

He said the diocese plans to examine the files of every priest who has served in Youngstown. It’s the diocese’s hope that revealing the names of priests could trigger someone memories of being abused prompting them to seek help, he said.

“This is what the church needs to do at this time,” Zuraw said. “To help people who were victimized and let them put their lives back together.”

A spokesman for the Diocese of Cleveland, which is Ohio’s largest with nearly 700,000 members, says it provided Cuyahoga County prosecutors all relevant files during a monthslong grand jury investigation similar to Pennsylvania’s in 2002. The diocese that year posted a list of 22 priests who had been accused of child sex abuse. Diocesan spokesman Jim Armstrong said Tuesday that some of the allegations date back decades.

Unlike Pennsylvania, prosecutors in Cleveland never produced a report about the grand jury’s findings.

In a 2003 court decision denying a Cleveland television station’s request to obtain records presented to the grand jury, Cuyahoga County Judge Brian Corrigan wrote that prosecutors had identified more than 1,000 possible victims of sexual abuse and 496 possible offenders, including 143 priests. Sixty four of the priests were living in the Cleveland area at the time.

Two other dioceses in Ohio say they already make it a practice to release the names of priests who have been removed.

The Diocese of Toledo lists the names of 20 priests and deacons on its website who are among the 46 accused of sexually abusing children since 1950. Some names, though, were omitted because the priests are dead and can’t defend themselves and because they are no longer be a threat to anyone, the diocese said.

The Cincinnati Archdiocese publishes a list of priests who have been removed due to child sexual abuse. The names include 14 priests who since 2005 have been either permanently removed from performing as a priest or not allowed to publicly present themselves as priests.

It also has published annual reports since 2004 that detail how many new allegations have been received and whether the priests had been accused before. The reports published on the diocese’s website do not identify the priests but say the accusations were handed over to prosecutors.

The Columbus diocese has not yet responded to an AP inquiry about whether it intends to release a list of priests who have been accused of sexual abuse and removed from clerical duties.