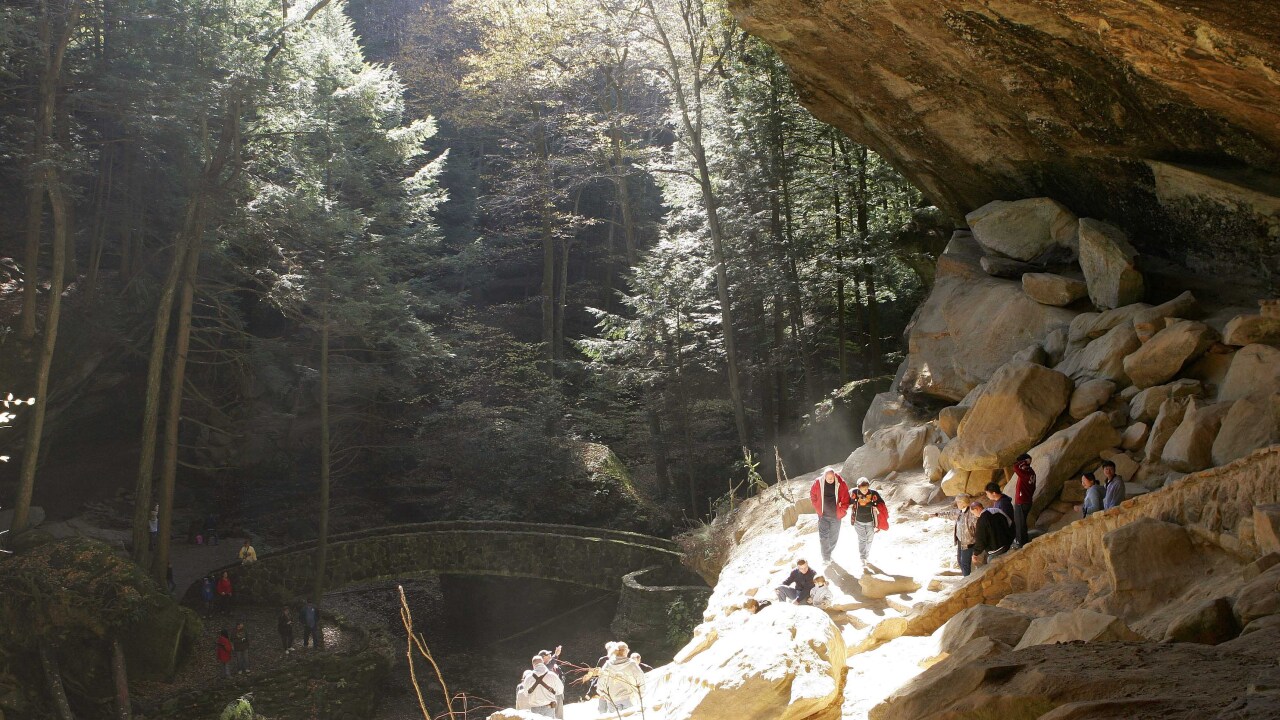 KIICHIRO SATO/ASSOCIATED PRESS
** ADVANCE FOR APRIL 15-17 ** Popular tourist attraction Old man's Cave in Hocking Hills State Park in Logan, Ohio is filled with visitors Sunday, Oct. 30, 2005, as the fall colors begin to display in the area. A trend toward day trips and interest in history and crafts in Ohio tourism has helped build up the region's tourism, from Amish country in the northeast to the lakes, woods and mountains of the southeast, and thriving arts and crafts councils across the region. (AP Photo/Kiichiro Sato)

Officials from the Ohio Department of Natural Resources said Victoria Schafer, 44, was on the stairs near Old Man's Cave when she was struck by a falling tree branch, ODNR said. Officials did not specify if the woman was transported to a hospital or died at the scene.

This fatality marks the third one this summer in the Hocking Hills State Park area.

Last weekend, a 22-year-old hiker died when he fell about 75 feet off a cliff near Old Man’s Cave.

Before you visit Hocking Hills, take a look at ODNR's informational guide on the trails and suggestions to follow while hiking on trails described by officials as "beautiful as well as potentially dangerous."