Can you help authorities identify this man found dead in 2007 in Franklin County? 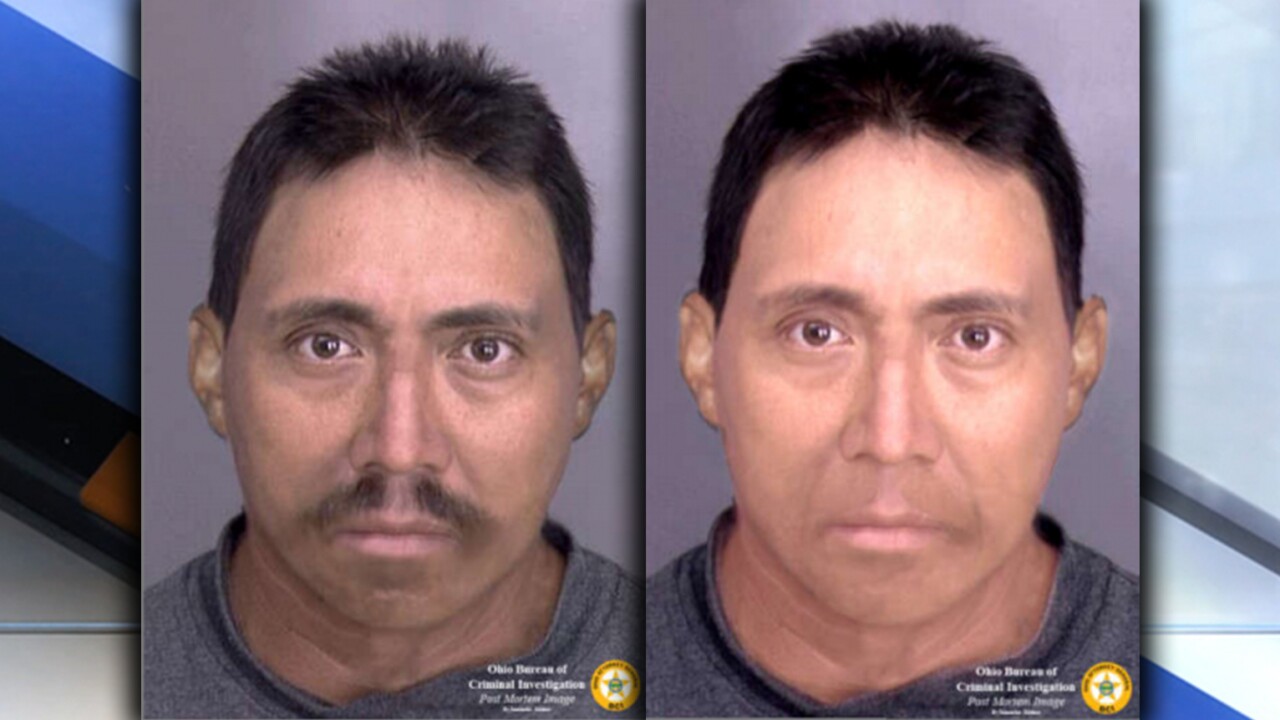 Ohio BCI
This man was found near Columbus in 2007. Authorities are asking for help identifying him.

COLUMBUS, Ohio — The Ohio Attorney General’s Office is asking for the public’s help to identify a man who was found dead near Columbus back in 2007.

According to authorities, the man was found in the Scioto River by State Route 33 near the Dublin Road Water Treatment Facility. He had likely been dead for several weeks prior to his body being found.

An Ohio Bureau of Criminal Investigation forensic artist created a rendering of what the man looked like.

He is believed to have been white or Hispanic and between the ages of 25 to 40. He was 5 feet, 7 inches tall and weighed between 125 to 145 pounds. He was wearing a gray button up "Career Club" shirt, a woman’s "Earth Shoe" size 8, and tan pants.

The man also had a 1-inch scar on his forehead, no dental work and overlapping front teeth. He had no tattoos or signs of previous surgeries.