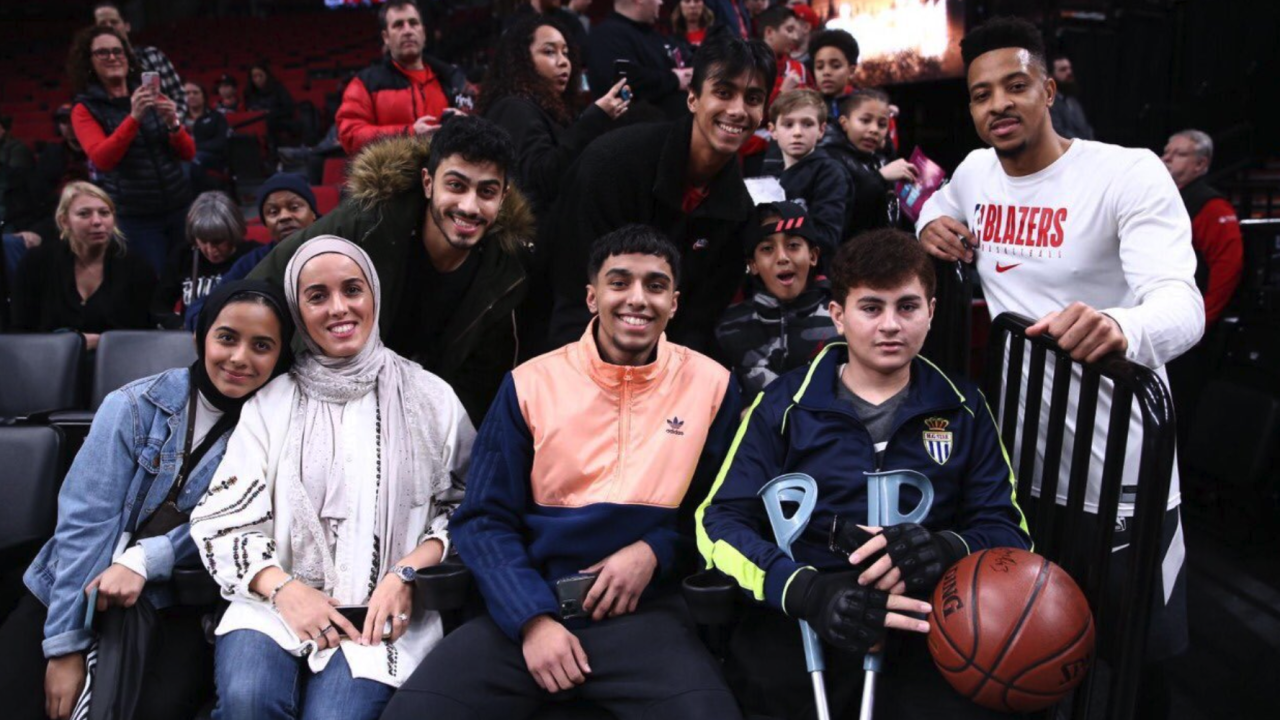 The Palestine Children’s Relief Fund (PCRF), based in Kent, Ohio, granted the wish of a 14-year-old boy named Thaer by sending him to the Portland Trail Blazers game against the Milwaukee Bucks Saturday night.

Thaer was a victim of a bombing in Gaza in 2014. His mother and his siblings were killed in the bombing, and Thear lost a leg in the explosion. The 14-year-old is currently awaiting a prosthesis.

While at the game, several Trail Blazers players met with Thaer, signing his crutches and a game-official ball.

Thanks @Dame_Lillard for taking time to visit 14y old Thaer before last night’s @trailblazers game. Thaer lost his leg (and mom and 4 siblings) when his #Gaza home was bombed in 2014. He’s getting a leg built at the @shrinershospitals Thanks for showing some love. @thepcrf 🇵🇸☮️✌🏻 pic.twitter.com/j5W7bHAFGU

We also thank @24Bazemore for taking the time to present Thaer with a signed game-official basketball! 🏀❤️ pic.twitter.com/Het0JKzu9e

Canton native and Trail Blazers shooting guard CJ McCollum was one of the players that met with Thaer Saturday and shared .

The PCRF brought Thaer to the United States to help him get a prosthetic leg but gave him an extra special night Saturday at the game.

14-year-old Thaer lost his leg from a bombing of his home in 2014 in Gaza, which also killed four of his siblings and his mom. He’s now walking again with a new prosthesis this week at @shrinershosp in Portland with help from our chapter volunteers. ❤️ pic.twitter.com/9d6pxgZuzk

Founded in 1992, the PCRF was created to help Palestinian children in the Middle East come to the United States and Europe for medical care not available to them in their home country.