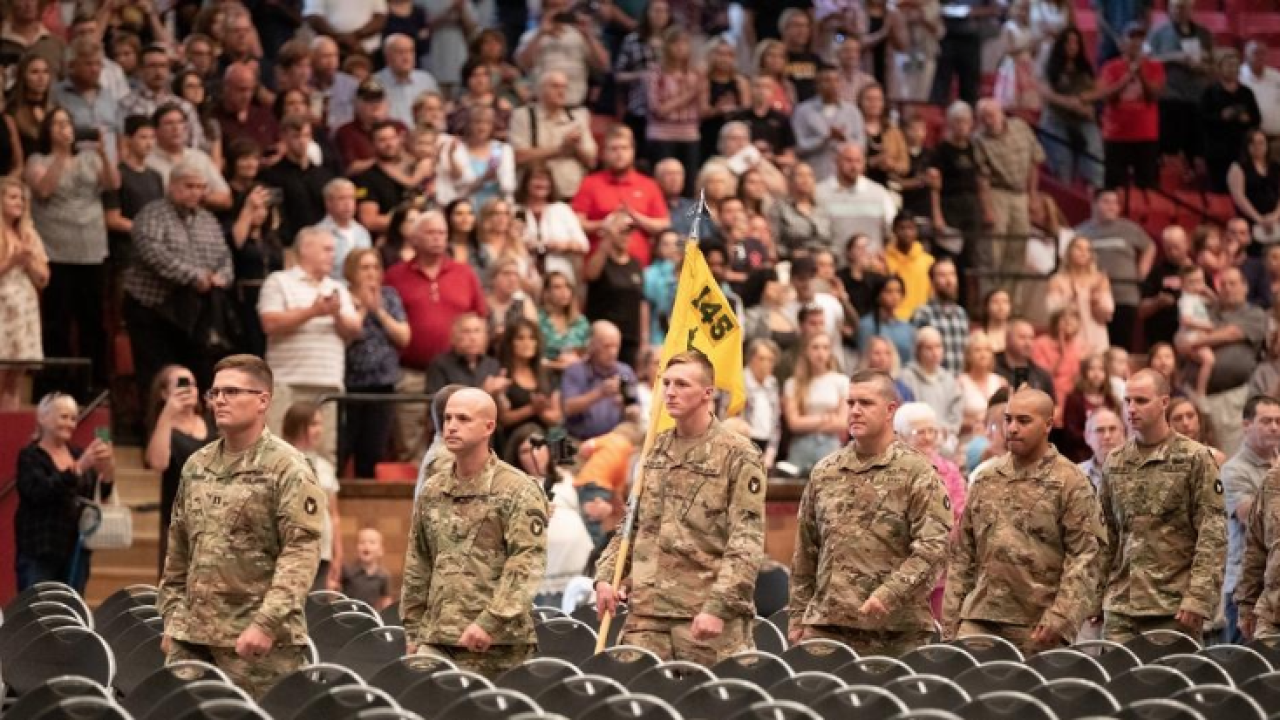 CANTON, Ohio — A call to duty ceremony has been held for nearly 600 citizen-soldiers of the Ohio National Guard’s 1st Battalion, 145th Armored Regiment who are deploying to the Middle East.

"You are strong men and women, you are trained, and you are ready to fulfill your duties for Operation Spartan Shield," said Governor DeWine as he addressed the soldiers and their families during a call-to-duty ceremony this afternoon. "Godspeed as you leave for your deployment, and we look forward to welcoming you back next year."

About 580 members of the Stow-based National Guard unit will be deployed in support of Operation Spartan Shield.

During the deployment, the soldiers of the 1st Battalion, 145th Armored Regiment will be part of the 30th Armored Brigade Combat Team, made up of 4,200 National Guard members from Ohio, West Virginia, North Carolina, and South Carolina.