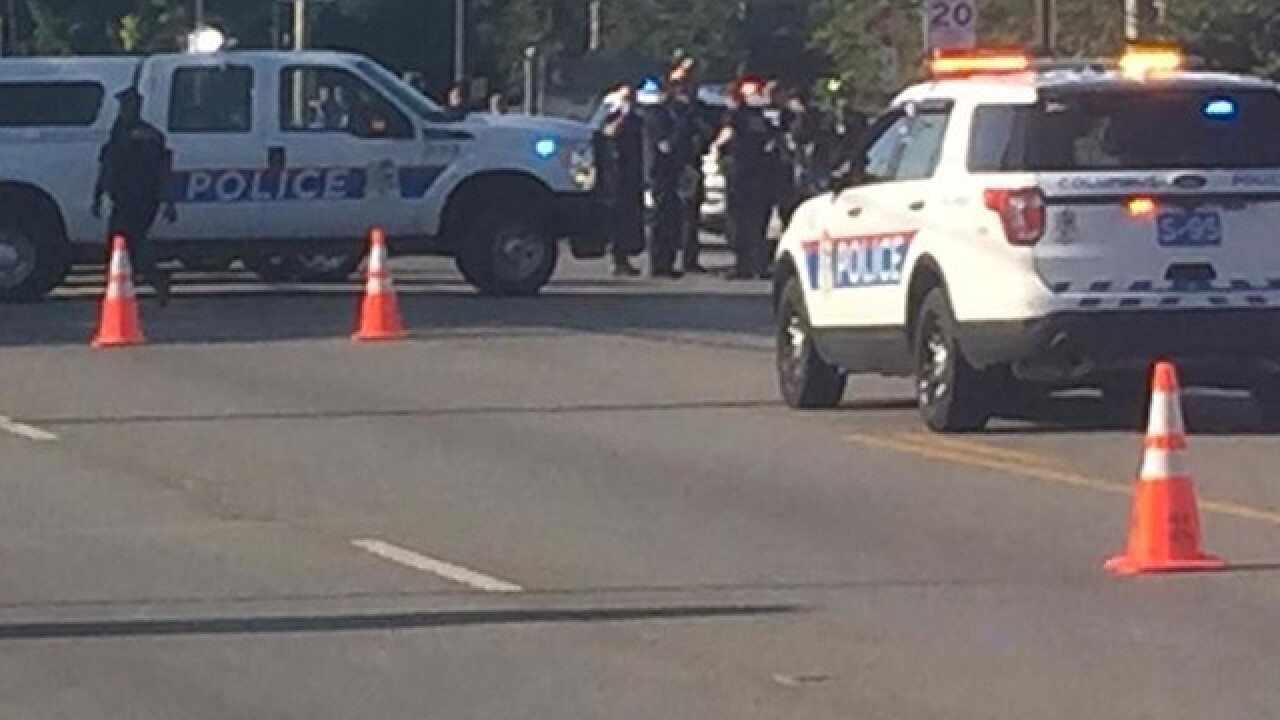 When the loud boom echoed through the halls of Columbus Scioto 6-12, kids jumped to their feet to look out their classroom doors.

Van Chambers, 62, a jobs-readiness counselor at the south side school who had undergone operations on his feet and ankles in February, hustled to get ahead of them.

"I knew I'd better beat those kids to the door, which I did," said Chambers.

As he stood outside the door, pressing it closed on the morning of Sept. 8, he saw a student walking toward him through gun smoke.

It was Adan Abdullahi, an 18-year-old whom Chambers had been working with earlier that day because he seemed distant, upset and out-of-sorts. The special school serves about 100 emotionally disturbed students. Earlier, the two had taken a walk outside together to discuss Abdullahi's mood.

"Adan, what are you doing?" Chambers said now, keeping his voice low and calm.

No response. Abdullahi's arm was pointed in the opposite direction, where Chambers could see kids were peeking out of their classroom doors. Then he saw the arm recoil with another bang, and more smoke.

Chambers knew Abdullahi well. He had been to the student's house, met his father and sister, helped him get a new cellphone and even unsuccessfully tried to line him up with a job. Now Abdullahi was 15 yards away, walking toward him with a loaded .38-caliber handgun.

"What I did was against protocol. What I said to myself was: I've already started a conversation with this young man, I'm talking to him while he's shooting. I didn't want him to feel like now I'm scared or now that he's shooting, we don't have a bond.

"I didn't want to abandon him, so I continued to talk to him while he was shooting."

After a few shots, Abdullahi turned around and faced Chambers. Talking calmly, Chambers said: "Adan, I need you to put that gun down."

Abdullahi walked toward him, "and when he gets about halfway to me, he says, `I'm not going to shoot you, Mr. Van,' and I said, `I know that, but I need you to put that gun down."'

Abdullahi walked by slowly, through double doors that lead to the school office and front entrance. He wasn't done shooting.

Chambers said he followed him, "but I didn't follow him close."

Abdullahi encountered a startled student, who ran from the building. Suddenly, another teacher walked out from somewhere -- a stairwell or the office, Chambers doesn't know. "Time is in a different continuum when you're dealing with a crisis like that," he said. Maybe two or three minutes had gone by.

Abdullahi was face-to-face with the other teacher, about four to six feet away. The teacher's stress showed on his surprised face, Chambers said.

"I just yelled out to Adan, and thank God, he turned around and he put his attention on me," Chambers said. "He turned 180 degrees to me, and he had his back to the teacher and the teacher got away."

Suddenly, Abdullahi's face changed from "glazed over" to "What the heck am I doing? What the heck have I done?" Chambers said. "This face was, `I'm in trouble. What do I do?'

"I knew this was my opportunity."

Chambers told the youth, "I'm going to help you resolve this problem," talking quietly so Abdullahi would come closer. "We've got to get that gun out of your hands."

When they got there, Chambers told him: "The only way we're going to go in here and sit down is if I have that gun." Abdullahi agreed to give it up if Chambers wouldn't tell anybody where they put it.

They put the gun in a closet. Chambers moved some things around it as if to help hide it. He removed a couple bottles of water, closed the closet door, pushed his chair up against it, and sat down. He put some music on the computer speakers.

The two talked for a half-hour. Chambers knew that, by now, police were swarming over the building. Chambers, an employee of the Columbus-based Center of Vocational Alternatives, which provides mental health, chemical dependency, health-care and homeless services, decided Abdullahi should determine what needed to happen next.

"I'm going to let him think he's got control of this."

Abdullahi suggested that he could make a run for it out of the building.

"You are a black man and, believe me, 18 years old, going to be treated like a man," Chambers told him.

He reminded Abdullahi that he not only fit the description of the shooter, but was, in fact, that person.

"They don't know I have your gun. You've got a gun as far as (the police are) concerned," Chambers reminded him. "You know that's not going to end well. ... I'm sure there's a lot of chaos out there."

Abdullahi suggested they phone the office to see what was going on with the police response. No one answered. Then he had another idea: Let's walk out there and see.

"I said `Yes,"' Chambers said. "We're going to encounter the police. This is not going to be easy. This is going to be hard on you.

"We're going to walk out of here shoulder to shoulder. If we encounter the police, you shut up. Let me do the talking."

The two didn't make it very far before they encountered several uniformed Columbus police officers, who immediately told them to get back in the room and lock the door because there was an active shooter.

"This is the young man you're looking for, this is the shooter, but he does not have a gun," Chambers calmly told the officers.

The next day, a Franklin County judge set a $950,000 bond for Abdullahi, whom court records show lives on the west side of Columbus. He was charged with improperly discharging a firearm at a school, a second-degree felony.

Court records do not list whether he has an attorney.

"This was a young man who I had had interactions with for the last two or three years," Chambers said. "I'm one of a handful of people in the school who he trusts."