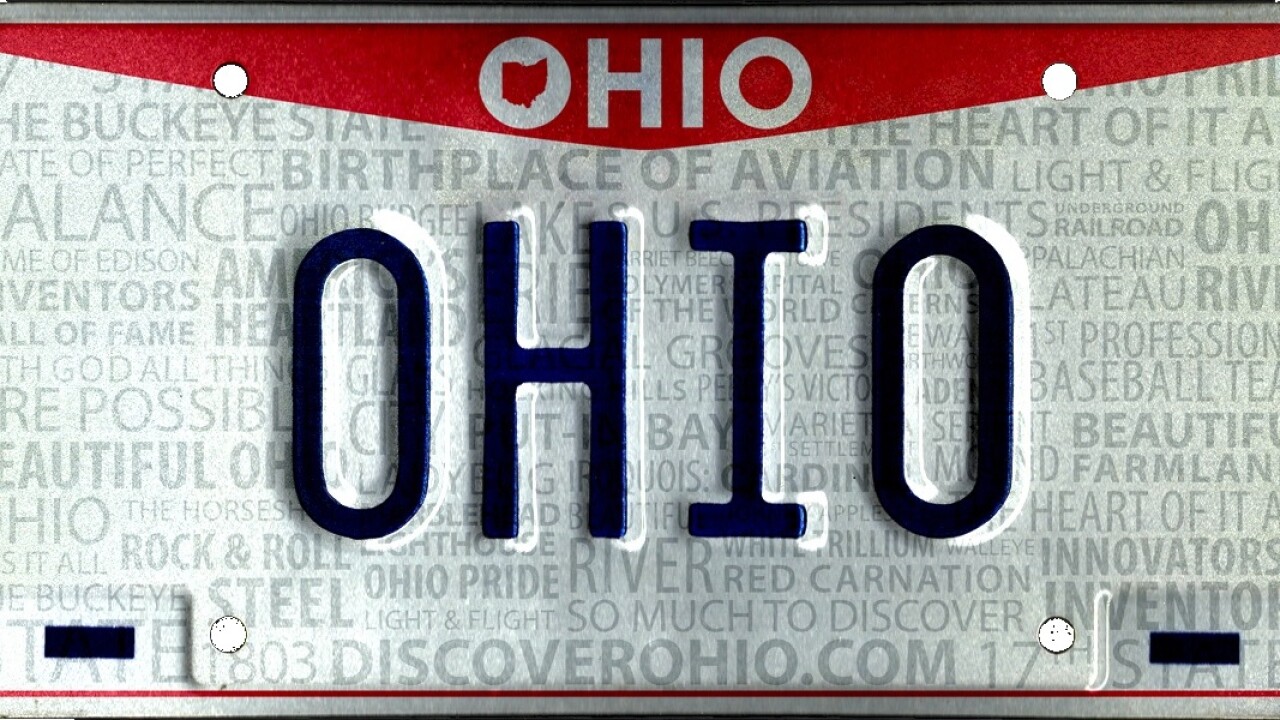 COLUMBUS — Ohio is joining other states by doing away with the requirement that vehicles must display license plates on the front bumpers, according to an article from The Associated Press.

Beginning July 1, 2020, vehicles will no longer need to have the front plate. It was part of a compromised deal reached by lawmakers Tuesday in a two-year state transportation budget bill.

According to Ohio.com, DeWine was "not excited" by the measure, but noted the plate dilemma would be studied over the coming year.

As part of the transportation budget, Republican Gov. Mike DeWine also approved a gas tax increase by 10.5 cents a gallon and a tax on diesel fuel by 19 cents to maintain the state's deteriorating roads and bridges. The new tax rates start July 1. The increases mean Ohioans will pay a state tax rate of 38.5 cents per gallon on gas and 47 cents a gallon on diesel fuel.

RELATED: Front license plates in Ohio will not be required on most Ohio vehicles starting July 1