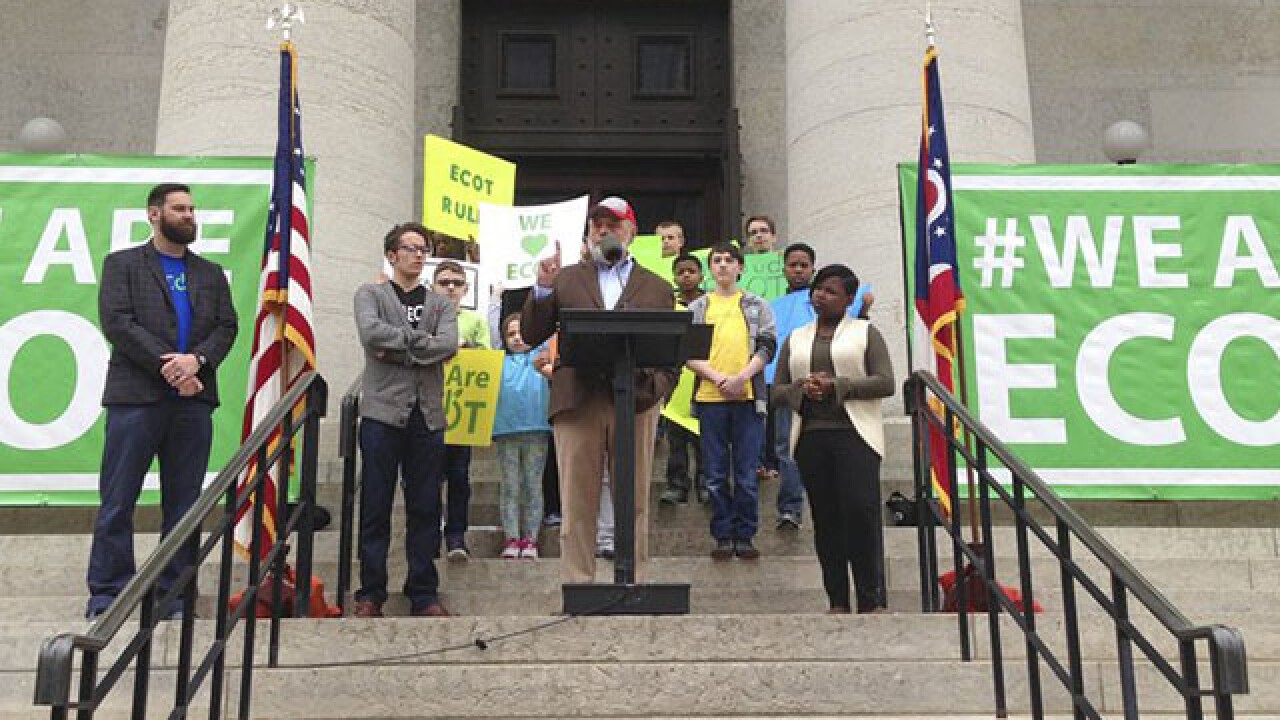 One of the nation’s largest online charter schools is closing abruptly, leaving families of the roughly 12,000 Ohio students from the Electronic Classroom of Tomorrow scrambling to find other schooling options halfway through the academic year.

The publicly funded e-school has been running out of money amid a legal dispute with the state, and its potential closure shifted from a possibility to a reality when the required oversight entity known as its sponsor decided Thursday to suspend that arrangement. Students had wrapped up their first semester the same day not knowing whether their school would be operational to resume classes Monday as scheduled.

ECOT said it will close Friday, which already was scheduled as an off day for students to allow teachers to wrap up record-keeping for the semester.

The closure is a devastating decision for parents and other supporters who say the school has been a haven and a blessing for students dealing with illnesses, disabilities, teenage parenthood, bullying or other struggles that made traditional classrooms challenging or impossible. They point out that students have no control over the policy, funding and operational decisions that shape ECOT’s predicament, and many blame state officials for not doing more to avoid a mid-year closure.

“I think if there was a local school district that served as many children as ECOT did, they would be falling all over themselves trying to save that school, but because it’s a charter school ... I think this is a battle over funds,” Jane Ponn, who enrolled her 10-year-old grandson in ECOT, said earlier Thursday.

“Why do it when you have an option not to?” he asked.

Ohio’s Department of Education considered ECOT’s last-ditch proposal for changes aimed at keeping the school open but rejected it because of “negative implications for the educational opportunities available to students,” department spokeswoman Brittany Halpin said.

That led to the suspension of sponsorship by the Educational Service Center of Lake Erie West. A hearing is scheduled for Friday on its request for a judge to appoint a receiver to handle the school’s records and finances during what will likely be a complicated redistribution of students, transcripts and other school records.

ECOT students would have to be accepted by their local public school districts, some of which already started preparing for that scenario, but some families refuse to return to brick-and-mortar schools and instead are considering other Ohio virtual schools or homeschooling.

Ponn said she doesn’t want her grandson to return to local schools in Ashtabula County, so she already started signing him up for another public e-school in hopes of minimizing any gap time during the transition.

The Department of Education said that no ECOT student should feel pressured to drop out of school and that affected parents can learn about schooling options through the agency’s website and its find-a-school database .

Some supporters hope the school might reopen if the Ohio Supreme Court sides with ECOT in its legal dispute with the state over funding and the tallying of student participation. The state says ECOT didn’t sufficiently document student participation to justify all of its funding, but ECOT says officials wrongly changed criteria to conclude the e-school was overpaid and start recouping $60 million or more. That case will be heard Feb. 13.

The virtual schooling community, estimated to include several thousand students nationwide, is keeping an eye on ECOT’s case because it could more broadly affect regulation of online schools and how students’ participation is tracked for funding accountability.