HALFTIME LIVE: News 5 sports reporters break down the first half of the Browns-Jaguars game
NewsOhio News 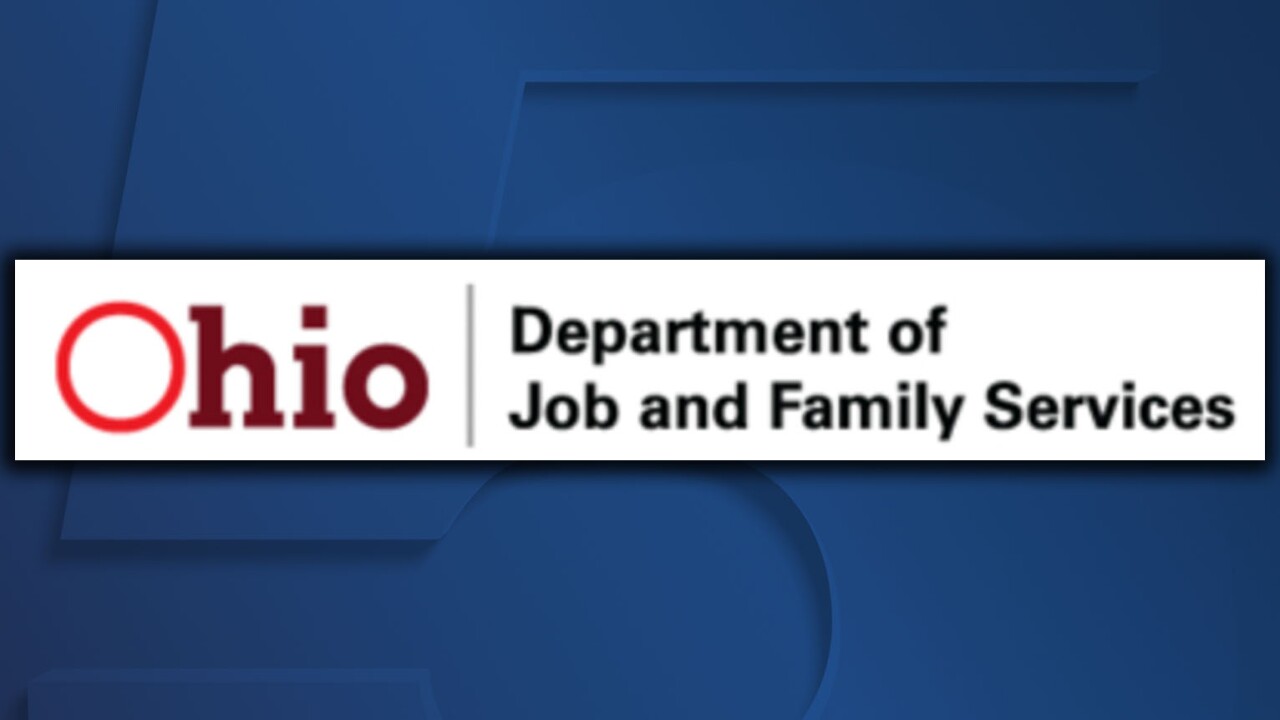 COLUMBUS, Ohio — The Ohio Department of Jobs and Family Services (ODJFS) reported a decrease in the number of Ohioans who filed initial jobless claims for the week of July 19 through July 25, according to the department.

During that time period, Ohioans filed 27,937 initial jobless claims, a decrease from the 30,138 claims received by ODJFS the week before.

Last week's initial jobless claims were 246,278 fewer than the peak earlier in the year.

The number of continued jobless claims also saw a decrease in Ohio, with 423,452 claims received last week—down 220 from the week before.

A total of 1,557,787 initial jobless claims have been filed in Ohio over the last 19 weeks, more than the combined total of those filed during the last three years, ODJFS said.

ODJFS said that about 94% of the applications received have been processed with about 6% still pending.