Former Longaberger basket building to be converted into luxury hotel 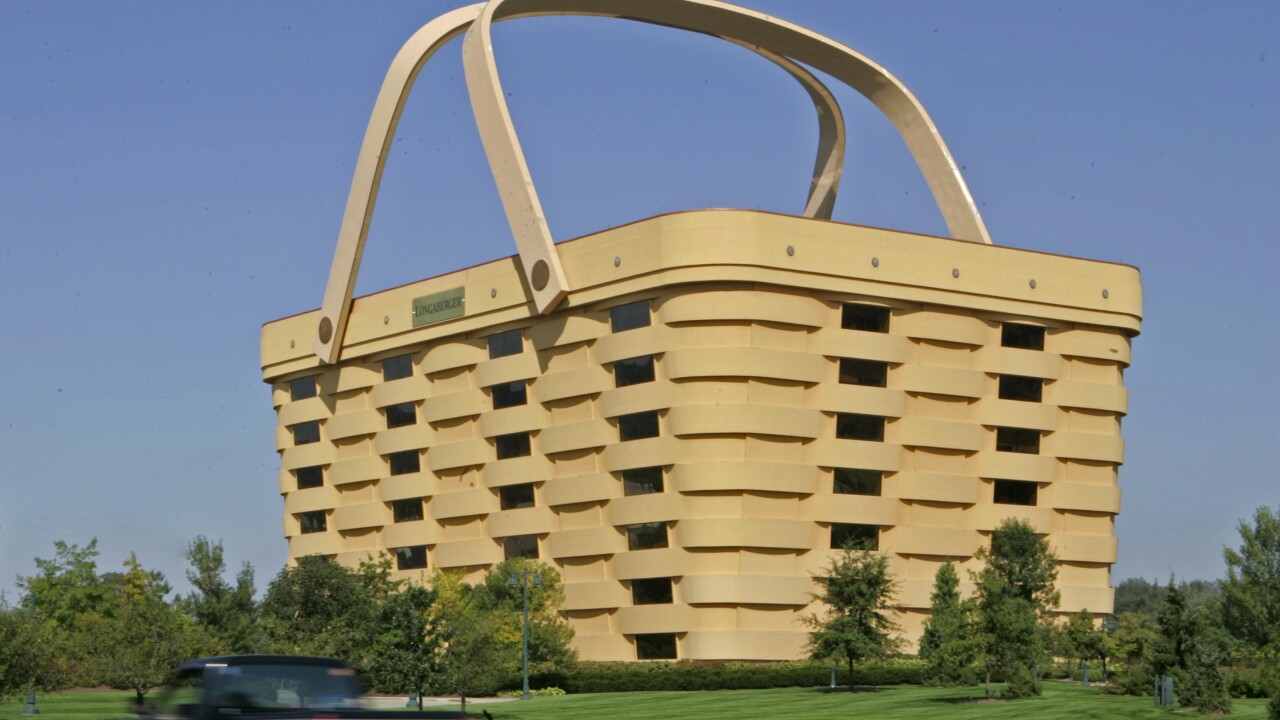 KIICHIRO SATO/ASSOCIATED PRESS
** FILE ** In this Sept. 6, 2005 file photo, the Longaberger building is seen in Newark, Ohio. Newark, a city of about 45,000 people, is filled with empty storefronts and charming old-fashioned buildings that seem stuck in the past. The Longaberger Co., based in Newark, Ohio, has laid off several hundred employees in recent years. Building materials maker Owens Corning plans to put some of the 700 workers at its Newark insulation plant on unpaid furlough. And that's just the surface of the deep well of layoffs here. (AP Photo/Kiichiro Sato, File)

NEWARK, Ohio — The iconic Ohio basket, that was once home to the Longaberger Basket Company, is going to be converted into a luxury hotel, according to The Columbus Dispatch.

The plans to turn the basket into a luxury hotel will take place sometime in 2020, according to state Senator Jay Hottinger, R-Newark, who was on-hand during the announcement on Monday.

The co-owner of the building, Canton-based developer Steve Coon of Coon Restoration & Sealants bought the building in December 2017 for $1.2 million, according to The Columbus Dispatch.

“It’s an iconic building. To be put back into use would put a tremendous asset back into the community,” Hottinger told the Dispatch.

Read the full story on the Columbus Dispatch here.