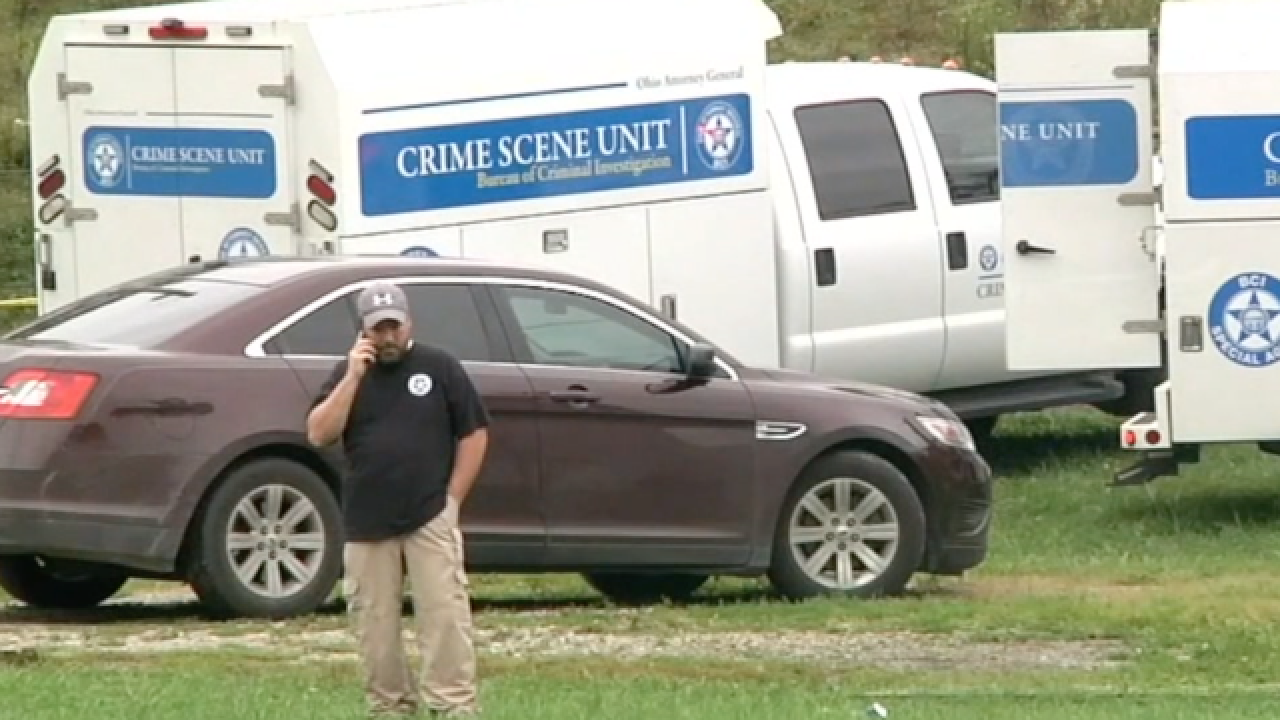 Unarmed, worn out and ready to give up, the suspect in the fatal shootings of three adults and a 7-year-old boy didn't try to flee when officers arrested him Friday as he walked along a road in far southern Ohio, a sheriff said.

Officers were acting on a tip from a resident who spotted 23-year-old Arron Lawson. Authorities had said he fled into the woods Thursday, shortly after midnight.

Lawson is an outdoorsman and hunter who liked being in the woods, but "I think he was just plumb worn out from being out in the elements" during a manhunt that spanned two cool nights, Lawrence County Sheriff Jeffery Lawless said.

The sheriff wouldn't discuss any potential motive or the chronology of the slayings, and he declined to disclose what Lawson said to the arresting officers. Lawson was wearing a camouflage jacket, but the sheriff said investigators hadn't determined whether it was his or an item he stole while on the run.

Lawson is being held on charges of murder and aggravated murder. It wasn't immediately clear whether he has an attorney.

He was arrested roughly 12 miles south of where authorities found three adults dead in a house trailer on Wednesday evening. The sheriff identified them Friday as a 28-year-old resident of the home, Stacey Jackson, and two relatives who lived at a property on the same road, 50-year-old Donald McGuire and 43-year-old Tammie McGuire.

The father of 7-year-old victim Devin Holston came upon the scene after work, was stabbed and fled the home to seek help. He was flown to a hospital in Huntington, West Virginia, and is recovering well, Lawless said.

Devin initially was the subject of a missing-child alert after the adults were discovered. Authorities spent hours searching for him, only to later find him dead in the same house trailer, his body apparently hidden, Lawless said.

A few relatives of the victims said after the arrest that they had seen no sign or warning of such violence by Lawson, who lived up the road from the trailer home.

Lawson was being questioned by investigators Friday and could face more charges, the sheriff said.

Agents from the Ohio Bureau of Criminal Investigation have been helping Lawrence County with the investigation, BCI spokeswoman Jill Del Greco said.

The initial report about the slayings -- violence against multiple people believed to be related -- recalled details from a still-unsolved homicide case that rattled rural southern Ohio last year, but the cases didn't appear to be connected, Del Greco said.

The deaths on Wednesday occurred roughly 40 miles (64 kilometers) southeast of the Piketon area, where eight people from the Rhoden family were found shot to death in four homes in April 2016.