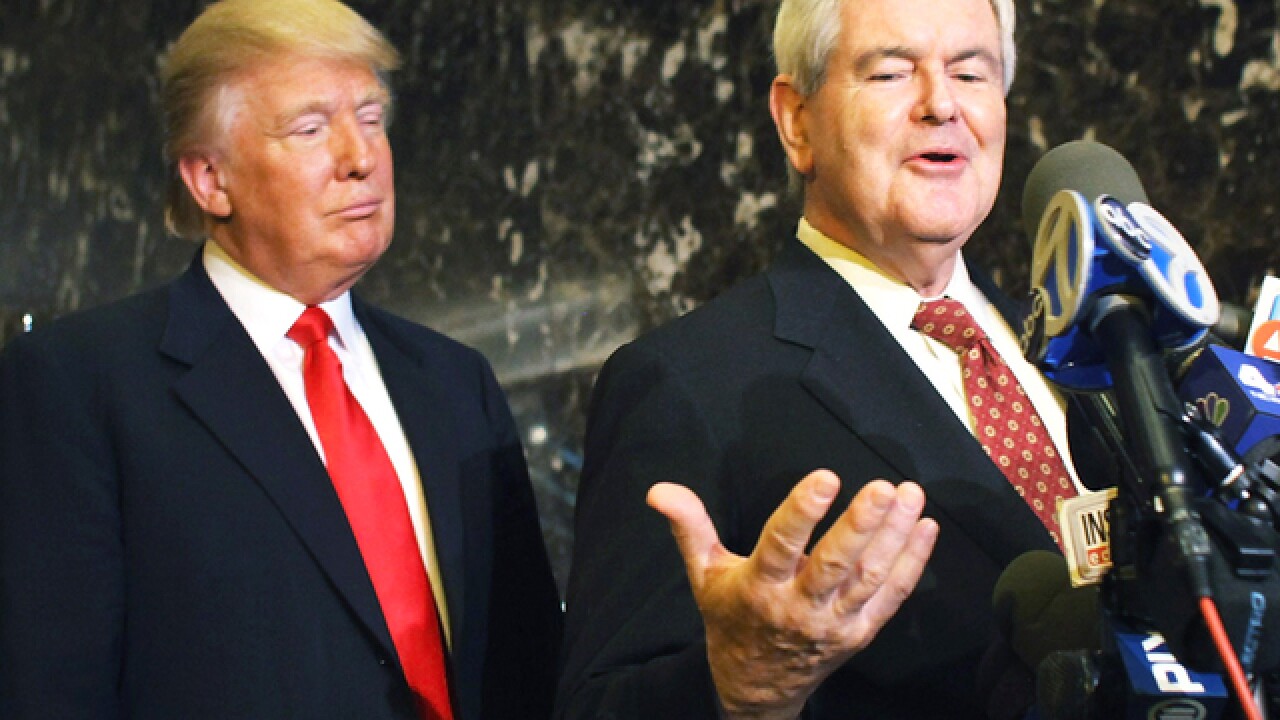 Gingrich is among a handful of people on Trump's short list for a running mate, and Trump has long said he's looking for an experienced insider with enough knowledge in Congress to push his agenda. If that's what he wants, there's arguably no one more qualified than the former speaker of the House of Representatives who engineered a "Republican revolution" on Capitol Hill in the 1990s.

Gingrich, who launched a run for president four years ago, brings a wealth of policy ideas to the table along with deep connections.

But he's also made clear that he's not afraid of criticizing Trump publicly -- something Trump does not typically embrace. Earlier this year, Gingrich called Trump's remarks about a American-born District Judge Gonzalo Curiel, whose parents are from Mexico, "inexcusable." Trump said he felt Curiel couldn't be impartial in a case involving Trump University because Trump supports building a wall across the United States' southern border.

Other concerns abound, too: Some Trump allies worry that Gingrich's presence on the ticket would turn the race into a re-enactment of his 90s-era battles with Bill and Hillary Clinton. Gingrich was speaker during Bill Clinton's presidency and was one of the leading advocates for Clinton's impeachment.

Another question: How would the two mercurial personalities not used to partnerships share the spotlight?

The pair has been married six times combined.

Ohio, a critical swing state, is considered a must-win for any Republican presidential candidate. Last week, Trump made his first appearance in Ohio since becoming the presumptive nominee, and his campaign hired its first Ohio staffer just a week before that.

Attendees can RSVP online for Wednesday's rally at the Sharonville Convention Center. Doors open at 4 p.m., but Trump will not appear until 7 p.m.