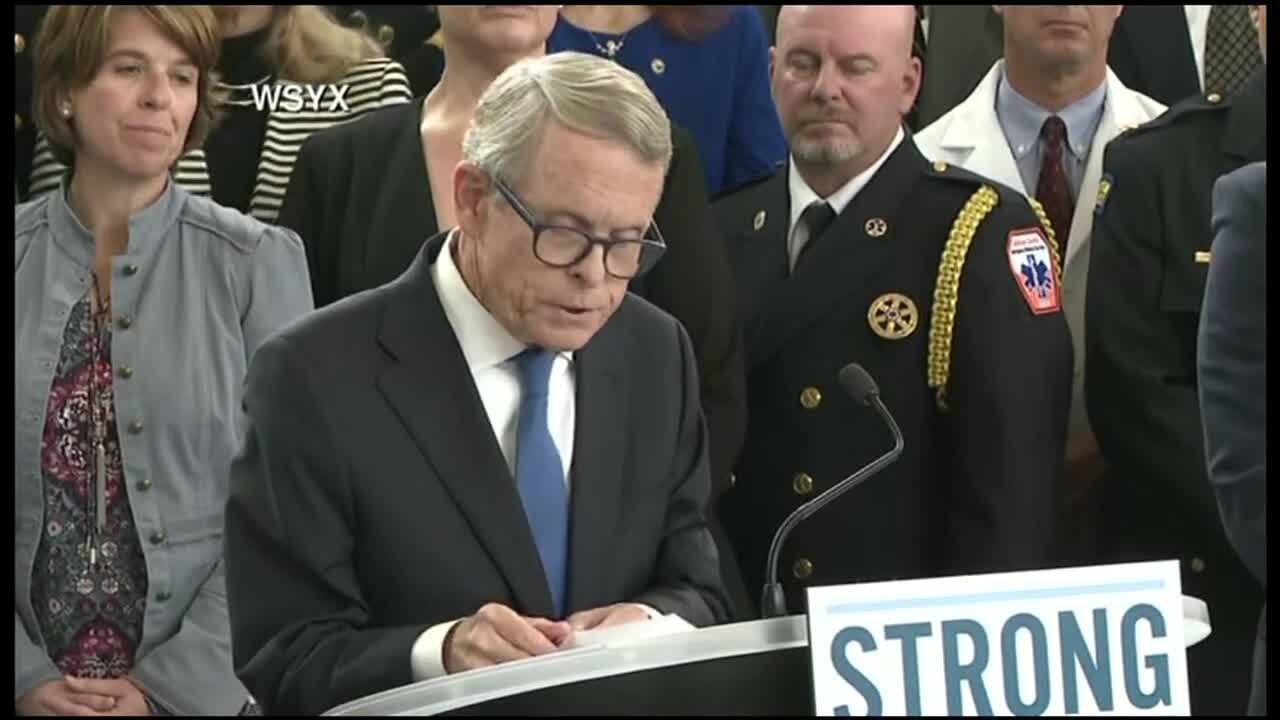 COLUMBUS, Ohio (AP) — Republican Gov. Mike DeWine’s new proposals to address Ohio gun violence in the wake of the Dayton mass shooting don’t include background-check requirements for gun sales or a so-called “red-flag” law to restrict firearms for people perceived as threats, despite his earlier support of those ideas.

Instead, his administration detailed new legislative proposals Monday intended to increase background checks and ensure people don’t have firearms if a court has deemed those people a danger.

DeWine says his team consulted with lots of people and worked to produce proposals that he believes will get results, protect people’s rights, and be able to pass the Republican-led Legislature.

View the full text of the STRONG Ohio Bill here.