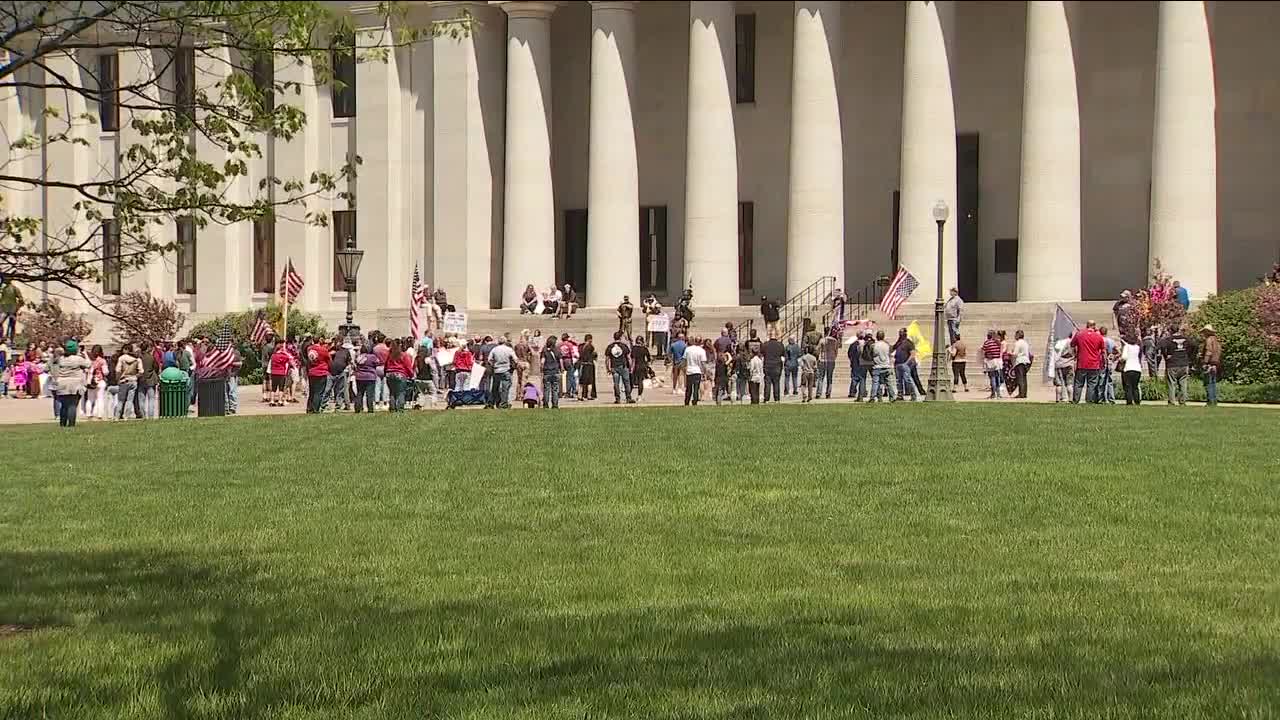 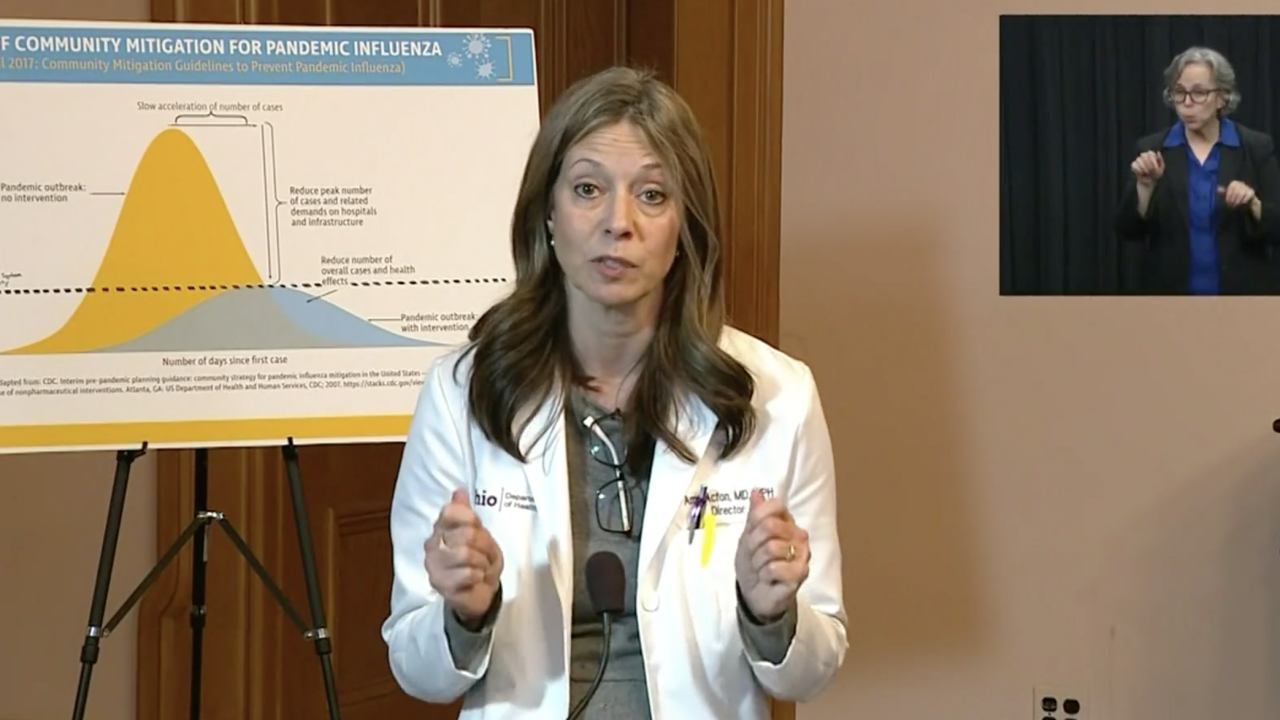 Republican lawmakers in the GOP-controlled Ohio House passed an amendment to an existing bill that would limit orders passed by the ODH director to last no more than 14 days. After that time, the orders would need approval from JCARR, the Joint Committee for Agency Rule Review, a 10-member panel made up of five members of the Ohio House and five members of the Ohio Senate.

"It balances the needs of our health with the need to remain constitutionally true to the legislative branch enacting legislation," said Rep. Jamie Callender (R-Concord).

The amendment to Senate Bill 1 was proposed by Republican senators Rob McColley and Kristina Roegner, and passed the House Wednesday with a 58-37 vote along party lines. It now heads to the GOP-controlled Senate for a vote.

“We are dealing with orders of the director of the Department of Health that had no due process whatsoever,” said Rep. Bill Seitz, a Cincinnati Republican. “That had no hearings, that had no public comments, that had no oversight, that had no review by anybody save those in the executive branch.”

“We should not attack a woman just because she is exerting the power the legislature gave to her,” Sykes said.

Shortly after the vote passed, DeWine released this statement:

"My administration is focused on the important things we need to do to help businesses responsibly reopen while protecting Ohioans' health and safety. This week alone, this included increasing coronavirus testing and tracing, balancing Ohio's budget, and working on plans to move Ohio's economy forward. Ohioans need their legislators focused on these important issues. Creating more uncertainty regarding public health and employee safety is the last thing we need as we work to restore consumer confidence in Ohio's economy."

State Representative Brigid Kelly, a Cincinnati-area Democrat, said the amendment was a surprise and that neither committee members nor the general public had a chance to vet it.

"Is it a good idea, is it a bad idea," Kelly said. "We don’t know, because nobody’s seen it and nobody’s had an opportunity to weigh in on it."

Kelly said the legislative process should be transparent and that what's important is "how to best protect Ohioans and really look out for the health and welfare of the people who live in this state."

"These policies should be putting the people of Ohio first," Kelly said. "It shouldn’t be playing political games."

She also said it's critical to look at the science and listen to the experts during this time, "being responsive to the facts and the information that exist, whether we like them or not."

State Representative John Becker (R-Union Township, Clermont County) voted for the amendment, but he said it didn't go far enough and described it as being "toothless."

An emergency clause enables a bill that's passed into law to be effective immediately, rather than at the end of a 90-day period.

Becker, who said he's gotten many calls in support of reopening the economy, introduced a bill that restrict Dr. Acton’s ability to issue orders even further: the “Need Ohio Working” bill would make the ODH’s director’s orders instead recommendations that would be subject to an up or down vote by the General Assembly.

"You have a million people unemployed, you have an epic abuse of power that caused all this unemployment," Becker said. "People are demanding the General Assembly do something to get the economy back in gear so people can get their businesses opened up and get people back to work. The only way to do that is to stop the governor and then Amy Acton, and reverse what they’ve been doing and allow people to move forward with their lives."

He added that having one or two people "calling the shots for the entire economy and putting a million people out of work" gave those people an "enormous amount of power and an enormous amount of damage done to the economy."

His bill, he said, would spread out the decision-making among all members of the Ohio House and Ohio Senate.

"[It'd] be better decision-making that way," Becker said. "Obviously it’s not as quick, but that’s kind of the difference between dictatorial governments versus a democratic or republican form of government."

Becker's bill, formally introduced as House Bill 618, is expected to be referred to a standing committee for further consideration, according to a news release from Becker’s office.

"If we see something that is out of whack or an overreach, we have the ability to convene as an entire body and address that specific thing," Strahorn said.

He said the need for approval by JCARR could interfere with Dr. Acton's ability to do her job and could lead to delays or lapses in health orders.

"With a novel virus that’s fast-spreading, even delays of three or four days can lead to thousands of infections," Strahorn said.

DeWine’s press secretary Dan Tierney confirmed that the governor can and would veto either proposal if they made it to his desk.