Gov. Kasich says there needs to be conversation between gun owners, backers of control measures 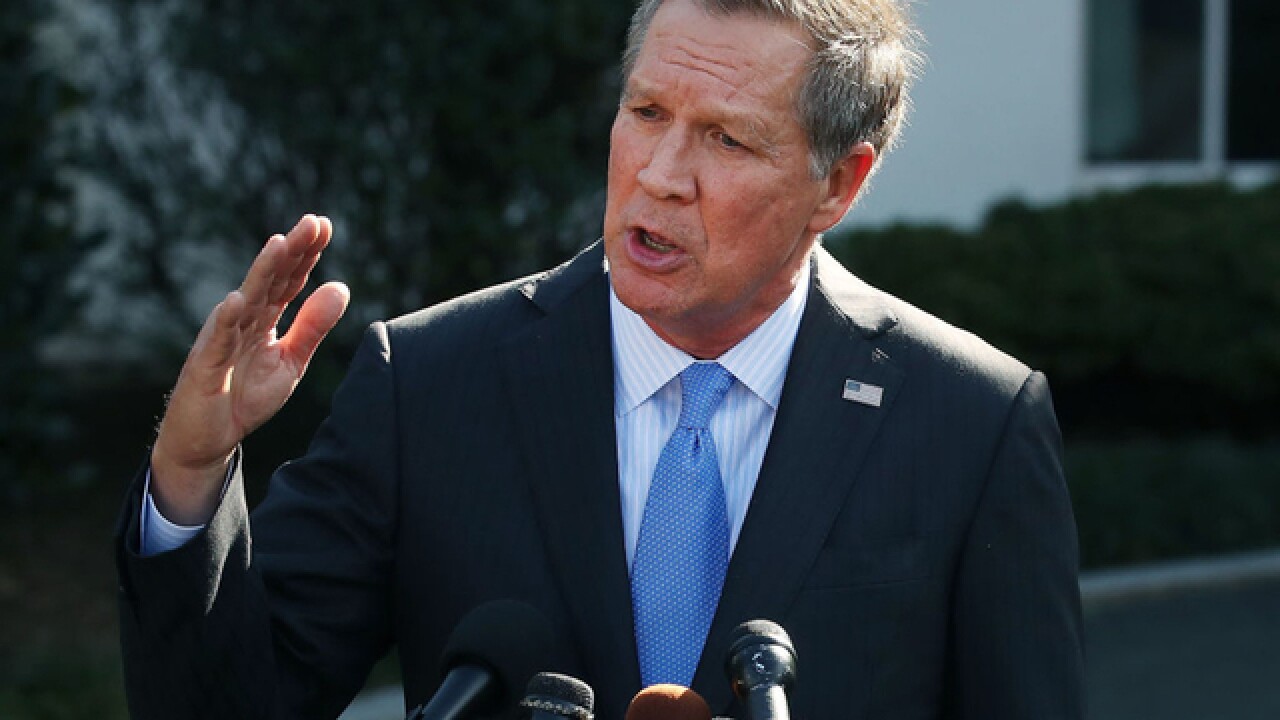 The Republican governor during an interview Sunday on ABC's "This Week" said it's time to bring together reasonable people on both sides of the debate.

Kasich points to a similar approach in Ohio where those in law enforcement and community leaders held forums aimed at building trust between police and residents.

That resulted in new standards for police on use of deadly force, body cameras and other issues that have been adopted by hundreds of departments across Ohio.

Kasich says he doesn't know if bringing together both sides of the gun debate will work. But he says arguing hasn't been effective.