Gov. Mike DeWine orders flags to be flown at half-staff for Toledo police officer killed in line of duty 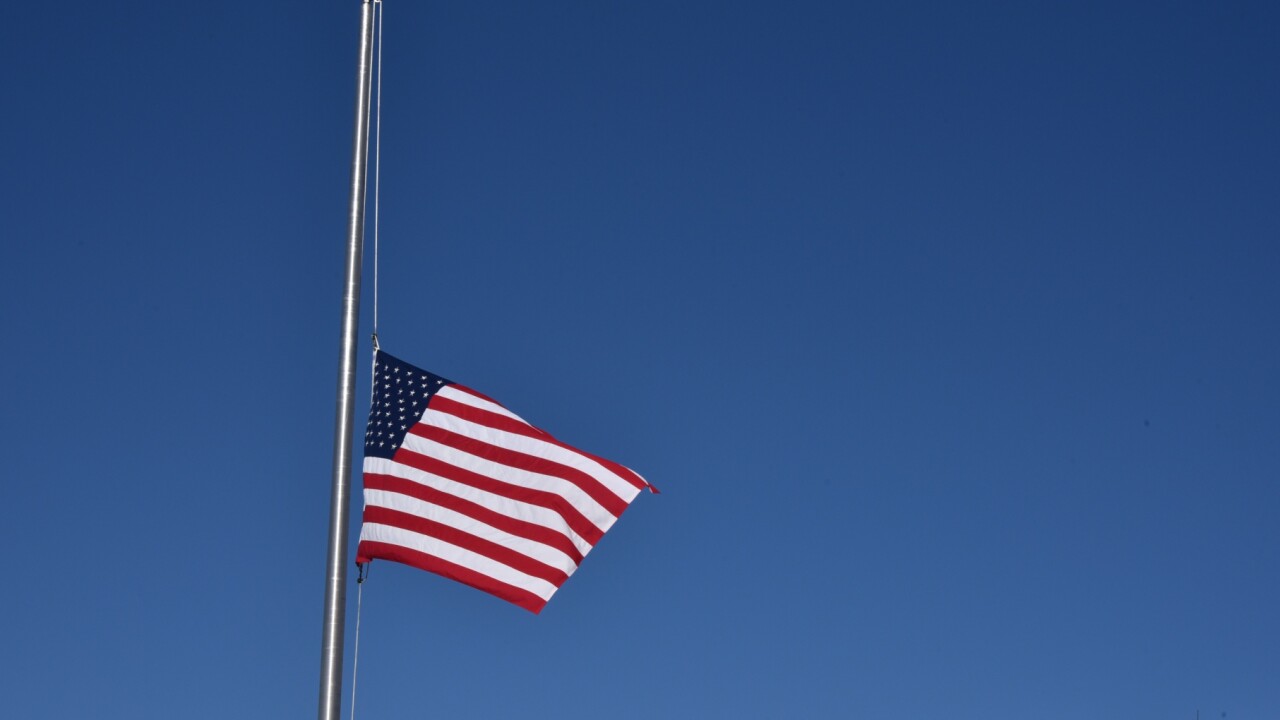 COLUMBUS, Ohio — Ohio Gov. Mike DeWine has ordered all flags in Lucas County and at the Ohio Statehouse to be lowered to half-staff on Sunday to honor Toledo police officer Anthony Dia who was killed in the line of duty early Saturday morning.

Officer Dia was responding to a disturbance call when he was shot in the chest just after midnight in the parking lot of a Home Depot by an intoxicated man holding a beer. He was later pronounced dead at a hospital, authorities said.

DeWine said that the flags are to remain at half-staff from Sunday through his funeral service.