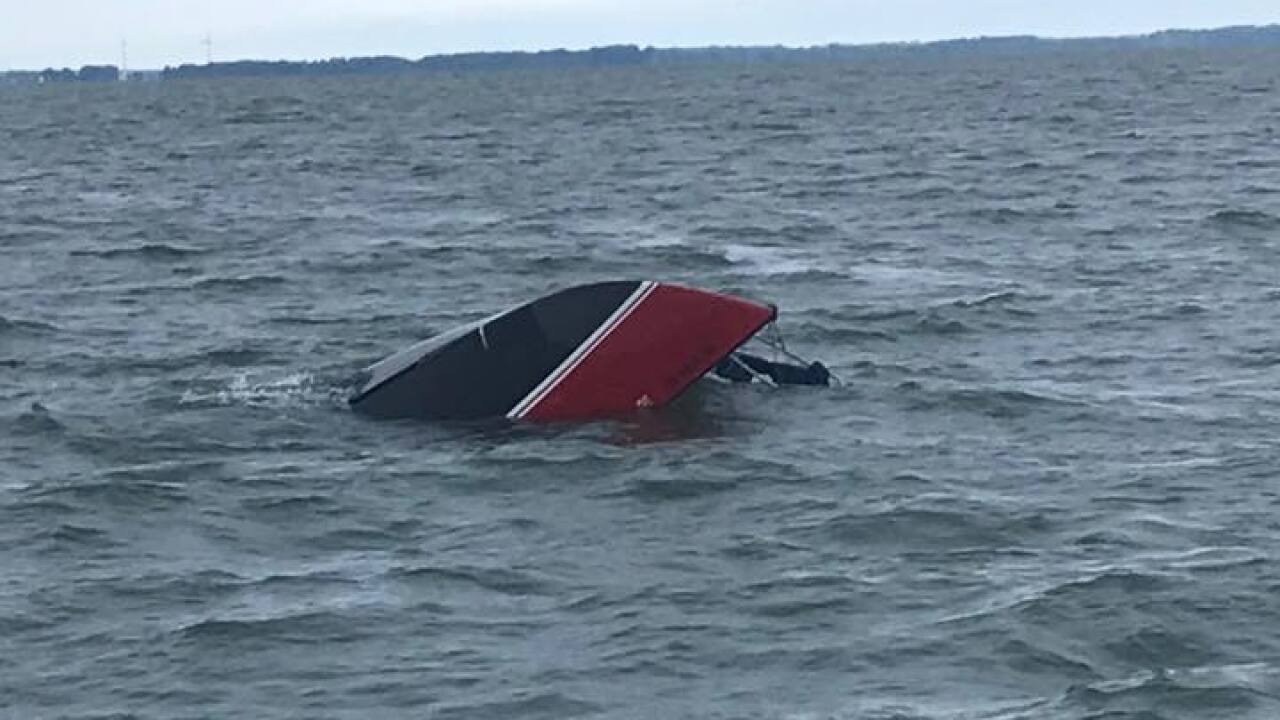 The U.S. Coast Guard provided this image of the capsized sailboat that a man clung to for 12 hours until he was rescued. (Source: USCG 9th District on Facebook)

PORT CLINTON, Ohio — A commercial fishing vessel and the U.S. Coast Guard rescued a man who clung to the side of his capsized sailboat near Port Clinton for about 12 hours after a storm Sunday night.

Just before 8 a.m., the U.S. Coast Guard 9th District received a call from a commercial fishing ship that discovered a capsized sailboat with a man in the water clinging to the hull of the boat, according to a post by the USCG.

Once the Coast Guard rescue ship was on scene, the crew took the hypothermic man to the awaiting EMS in Port Clinton, the post states. They learned the man’s sailboat had capsized at about 8 p.m. Sunday when a storm cell moved through the area.

The USCG said it was lucky the survivor stayed with his vessel through the night, which helped him being detected by the fishing boat Monday morning.

“Remember to check the weather before going out, wear your life jacket, and if your boat capsizes, try to climb on top of the hull or stay with the debris; which aids us in detecting you in the water,” the USCG post stated.