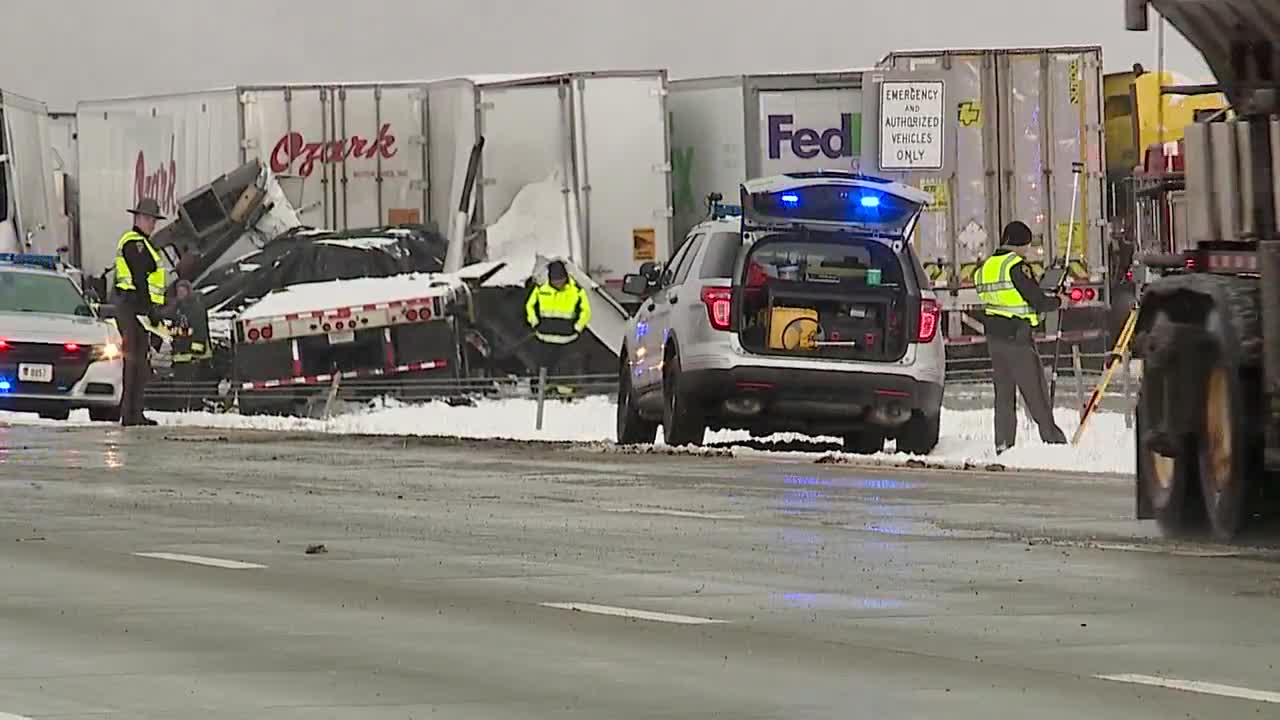 Multiple crashes in western Ohio are causing delays and back-ups on the roads, including a 50-car crash on Interstate 80 near Austintown. Video source: WYTV

AUSTINTOWN, Ohio — Multiple crashes in eastern Ohio are causing delays and back-ups on the roads, including a 50-car crash on Interstate 80 near Austintown.

The Ohio State Highway Patrol told News 5 affiliate WYTV that a crash on I-80 westbound west of State Route 46 near Austintown Tuesday afternoon involved more than 50 vehicles. According to the Ohio Department of Transportation, drivers heading west on I-80 should expect a delay of about 27 minutes.

There was also a crash involving multiple semi-trucks and other vehicles on Interstate 76 westbound, closing it from I-80 and State Route 46 to the Ohio Turnpike, WYTV reported.

Interstate 80 westbound in Austintown was shut down from Salt Springs Road to the Turnpike, according to ODOT.