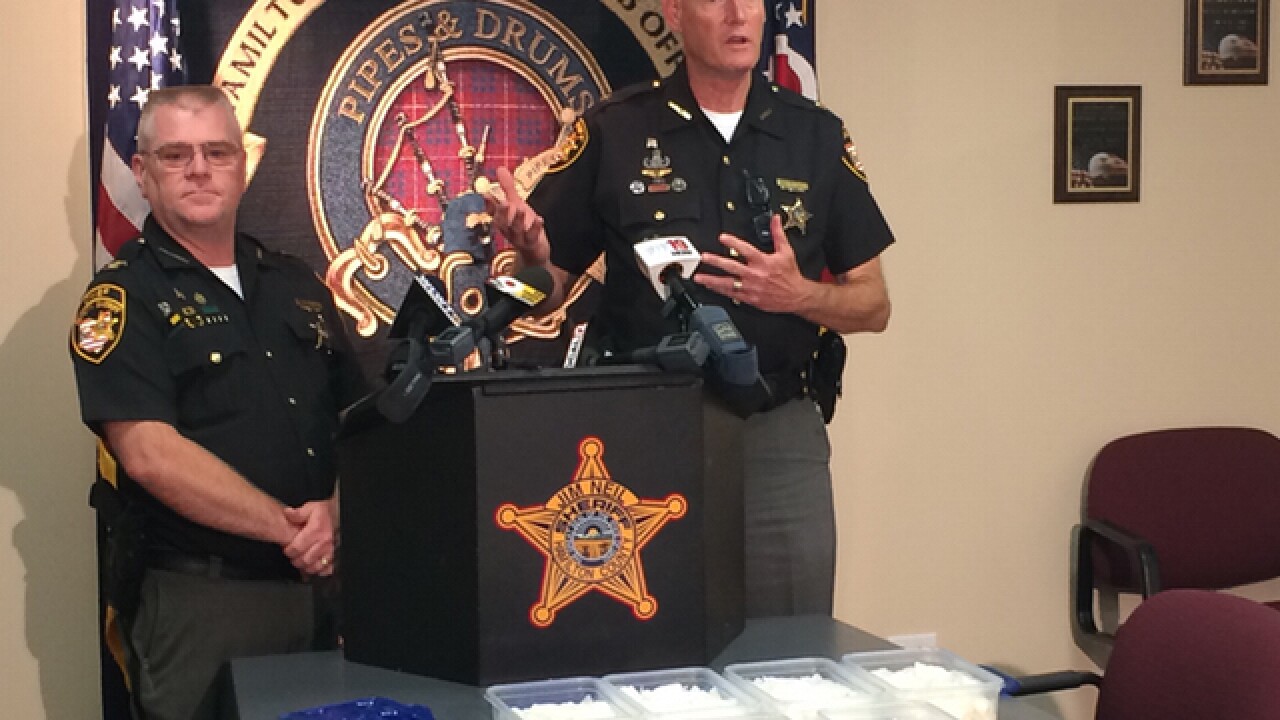 Agents with the Hamilton County Sheriff's Regional Narcotics Unit arrested three people and took more than 16.5 pounds of crystal meth as a result of a lengthy investigation, Neil said.

All three were due to be arraigned Thursday morning.

The drugs were manufactured in a clandestine "super lab" in Mexico and then shipped to Atlanta before being driven to Cincinnati, Neil said.

Neil estimated the street value of the crystal meth is about $937,000, and Chief Deputy Mark Schoonover said taking these drugs off the streets could also prevent other crimes in the area.

“Behind the use of all of this is also a lot of criminal activity because people can’t, quite simply, afford this drug, so they do whatever it takes to get it," he said.

The previous largest seizure of crystal meth by law enforcement officers occurred in Youngstown in 2010, when authorities took 13 pounds of drugs.

In addition, Neil also announced another pair of arrests and the seizure of about 2 pounds of heroin as the result of another investigation. RENU agents found Clemente Quezada, 33, of Butler County and Pablo Dominguez, 27, of New York, Tuesday with the drugs and an unspecified amount of cash, Neil said.

A judge set bond at $1 million for both Quezada and Dominguez in court Wednesday morning.