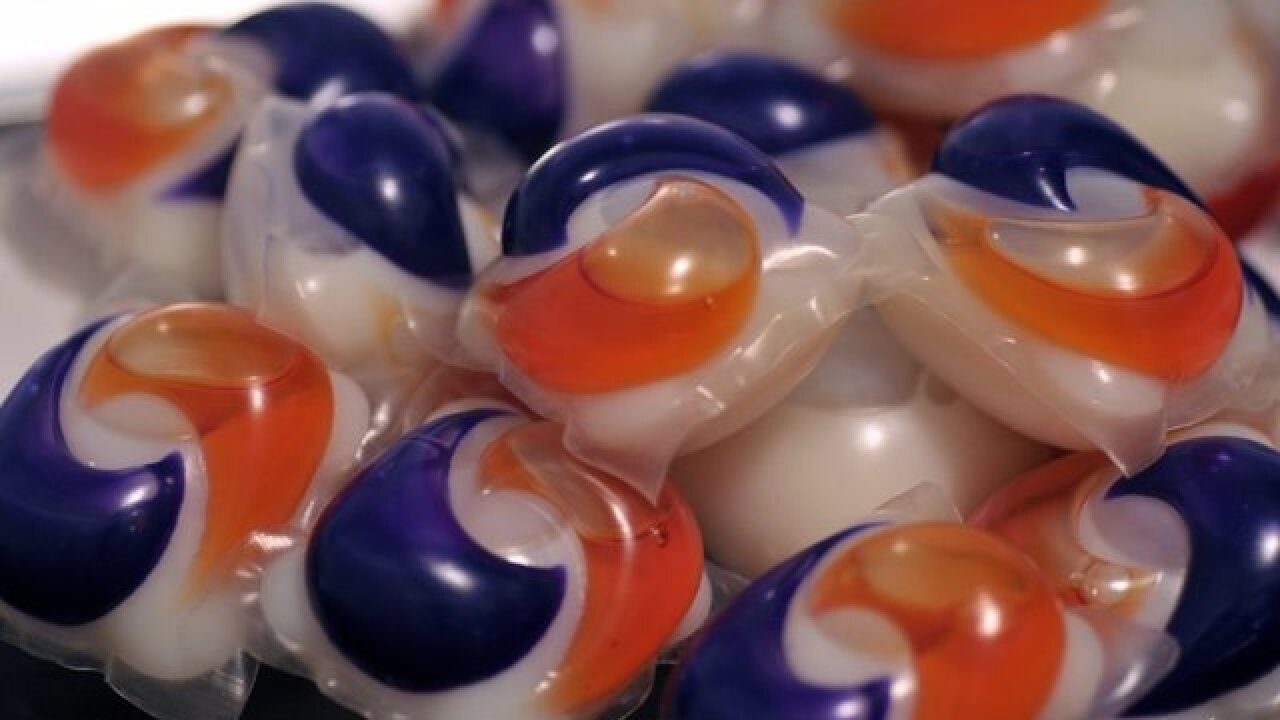 Two New York lawmakers want the state to mandate child-resistant packaging, individual warning labels and uniform colors for toxic laundry detergent pods amid the dangerous trend of people eating them and encouraging or daring others to do the same.

State Sen. Brad Hoylman, a Manhattan Democrat, and Assemblywoman Aravella Simotas, a Queens Democrat, unveiled their proposal on Tuesday, noting several deaths around the country tied to the Tide Pods challenge, an online trend involving videos of mostly young people biting or ingesting the colorful pods. They say the pods also are a risk to young children and adults with dementia who might mistake them for something edible.

"They're squishy, they smell sweet and they look like gummy bears," Hoylman said.

Laundry detergent contains several chemicals that can be poisonous if ingested. The chemicals can cause vomiting, diarrhea, liver and kidney damage and even death. The American Association of Poison Control Centers has reported 154 calls to poison control centers relating to teenagers ingesting the pods this year, up from 53 cases last year.

The Procter & Gamble Co., or P&G, which owns Tide, recently launched a campaign to warn people away from eating the pods. The company, which is based in Cincinnati, has redesigned the tubs or bags containing the pods to make it more difficult for children to open them and has added a bitter taste to the plastic covering the pods.

"However, even the most stringent standards and protocols, labels and warnings can't prevent intentional abuse fueled by poor judgment and the desire for popularity," Taylor wrote in a post published on the company's website.

Republican lawmakers were quick to dismiss the proposed packaging requirements, noting that many laundry detergent makers already put warnings on the box.

"It's not the manufacturers who are to blame when people make stupid decisions with their products," said Assemblyman Joseph Errigo, R-Livingston County. "I suggest that instead of hanging taxpayers out to dry, Democrats should focus their energy on fixing the load of problems the people sent us here to solve in the first place."

Simotas said the danger of the pods hit home for her a few years ago when she had to snatch one from her young daughter.

"These little pods are a disaster in the making," she said.

Similar legislation has been introduced in previous years but has gone nowhere.